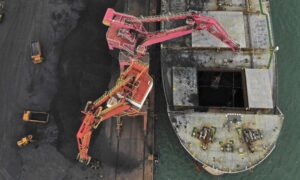 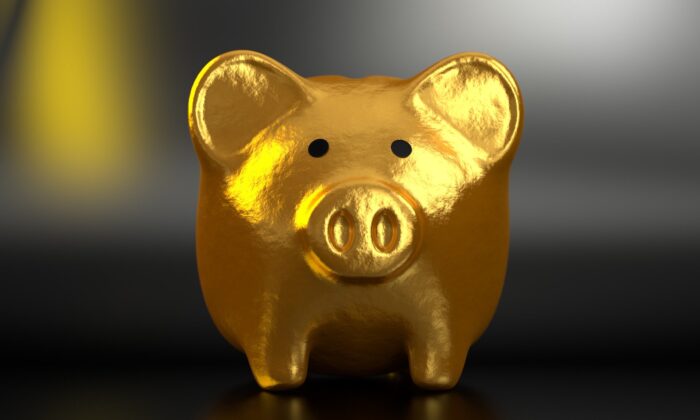 File photo of a golden piggy bank. The savings rate is irrelevant if we don't take into account the instability in the job market and the real disposable income of families in the period. (QuinceCreative/Pixabay)
Viewpoints

The Myth of the Savings Glut

Many economists point to the “abnormal” rise in savings as a bullish signal that it will drive a stronger recovery and a consumption boom.

The figures look impressive. In the United States, JPMorgan estimates $2 trillion in deposits, up from $1 trillion before the pandemic. In the eurozone, Bloomberg Economics estimates an excess of currency and deposit holdings of 300 billion euros, also double the level seen prior to the COVID-19 crisis.

However, the devil is in the details.

The allegedly massive savings glut in the eurozone is, in reality, around 4 percent of an average household’s annual income—hardly a glut. It’s even less so when we consider the composition. Most of the increase in savings comes from the wealthiest segments of the economy, according to Eurostat. Furthermore, the household saving rate in the euro area was at 17.3 percent in the third quarter of 2020, compared with 24.6 percent in the second quarter of 2020 (pdf), and the eurozone economy still showed a poor and jobless recovery.

A very important factor is the comparison with real disposable income. In the same period, according to Eurostat, households burned savings as consumption rose much faster, at 13.9 percent, than the recovery in disposable income, at a mere 3.9 percent. By October 2020, that “bump” effect was gone, and the eurozone resumed its weak recovery with households in a tighter position.

Euro area unemployment remains at 8.3 percent with all job segments of the Purchasing Managers’ Index (PMI) in contraction in January. More than 6 million workers in Europe’s leading economies remain in furloughed jobs, and hiring plans aren’t rising as much as would be required. Citizens don’t go out and spend like there’s no tomorrow when the job market recovery is so fragile. We also have to note that the economy may have seen some travel restrictions and lockdowns, but online shopping is available everywhere, and retail sales have shown only modest improvements after the slump.

In the United States, it isn’t very different. The alleged “savings glut” amounts to less than 5 percent of a household’s average annual disposable income, and that’s before adjusting for those that have seen lower real wages and bonuses.

A large part of savings in deposits comes from the stimulus checks. The massive rise in savings comes precisely after those checks. As such, we can decipher two lessons: Americans are saving because the employment situation remains weak and uncertain, and the “abnormal” savings figure comes mostly from an abnormal one-off payment.

With U.S. continuing claims for unemployment insurance at 4.494 million as of Feb. 6 (pdf), still up from 1.726 million from one year prior (pdf), and the unemployment rate at 6.3 percent and civilian labor participation rate falling to 61.4 percent in January (pdf), expecting a boom in consumption may be wishful thinking.

Americans and Europeans aren’t saving because they’re stupid or uninformed, but because their overall economic and work situation has deteriorated significantly. Additionally, now that inflation is creeping up, especially for essential goods and services such as food, energy, education, health care, and utilities, we have to wait at least until a full economic recovery happens to believe that those so-called savings will translate into a consumption boom.

The history of previous crises, even pandemic crises, tells us that the recovery has been weaker, with less productivity growth and lower real wages every time in the past 50 years. To believe that this wall of savings is meaningful or extraordinary without adjusting for real disposable income and economic conditions may be a grave mistake.

Citizens save to survive, not to hoard cash.