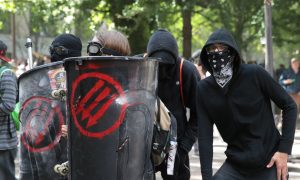 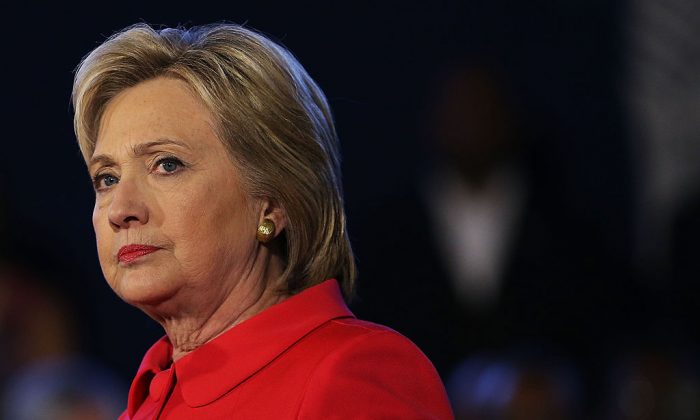 The Myth of Change as Progress in Progressivism

The ancient Chinese author of “The Art of War” wrote that “supreme excellence consists of breaking the enemy’s resistance without fighting.” This advice applies to political debate.

Presidential candidate Sen. Kamala Harris (D-Calif.) recently proposed eliminating private health insurance entirely in order to force all Americans to adopt universal Medicare. Then, with a whimsical wave of her hand, she exhorted, “Let’s move on.” As if socialized health care is the inevitable next step in the United States’ future. Resistance is futile.

This rhetoric is common nowadays, especially among those who identify as progressive. Central to the idea of progressivism is the belief that every morally significant change from the status quo is necessarily progress. If you disagree with the change, you are morally “backward-looking.”

The presentation of morality as a historical development is powerful because it shuts down future debate. But is the status quo by necessity morally inferior to some inevitable future condition toward which we are being driven by the mysterious force of history?

‘The Right Side of History’

Throughout his presidency, Bill Clinton employed a version of the phrase “right side of history” in public addresses 45 times. President Barack Obama used it 37 times. They used it this way: Defending Obamacare, Obama declared, “Nothing is going to stop us from getting this done, because we’re on the right side of history. It is the right thing to do.”

This phrase implies that there is a moral spirit that moves through history, and its determinations are decisive. The logic of this idea permeates progressivism. Though it is in fact a movement away from rationality, this myth of progress is peddled as common sense.

In her infamous 2016 speech in which she branded half of Donald Trump’s supporters as “deplorables,” Hillary Clinton made two other telling statements as part of her argument that Trump supporters were morally “irredeemable.” She claimed that “the idea of our country is so rooted in continuing progress,” and she insisted that “we’ve got to continue the forward march of progress.”

Again, in a 2018 speech in India, Clinton repeated this historical logic to denounce the majority of those who voted for Trump. “I won the places that are optimistic, diverse, dynamic, moving forward,” she said, “and [Trump’s] whole campaign—‘Make America Great Again’—was looking backward.” For her, resisting history was not just unintelligent (though, it very much is that), it was morally contemptible.

The dogma of historical morality lives loudly within the self-understanding of the whole progressive movement. For example, the aptly named activist organization MoveOn.org calls itself “a force for social justice and political progress.” It understands these two ideas as the same thing.

The army of social justice warriors takes frequent aim at the principles of the United States’ founding. For them, progress is measured by how far consciousness can be raised in society to awareness of oppressive inequalities among human beings with regard to race, class, and gender. Hence the craze over identity politics. The Declaration of Independence, by contrast, beckons its reader to look to the natural equality of human beings as human beings as the basis for justice in political society. This is a fundamental disagreement about justice and the United States.

Attacking the historicism of progressivism, former President Calvin Coolidge noted that “it is often asserted … that we have had new thoughts and experiences which have given us a great advance over the people of [1776], and that we may therefore very well discard their conclusions for something more modern.”

Coolidge contrasted such chronological snobbery with the “exceedingly restful” finality of the Declaration. He stated, “If all men are created equal, that is final. If they are endowed with inalienable rights, that is final. … No advance, no progress can be made beyond these propositions. If anyone wishes to deny their truth or their soundness, the only direction in which he can proceed historically is not forward, but backward.”

‘The Profound Significance of Human Choice’

Opposed to the idea that some spirit in history determines what is moral is the belief that morality depends on something outside of time and is something human reason can discern.

If both preservation and change are dependent on the good, then it is the supreme human endeavor to seek to understand what is good and the glory of a human being to make choices in accord with it. There is no escaping the often difficult task of exercising prudence to make our way through life’s moral quandaries. This task cannot be outsourced to some vague notion of history.

The horrors of the 20th century easily belie the idea that history is the long story of the moral progress of mankind. Winston Churchill, through the force of his leadership, had a profound influence on limiting the spread of those horrors. He was well aware of the growing dominion that forces of technology and globalization would have over the scope of human action. Nevertheless, his reflections led him to retain hope in the vital role that statesmanship and choice played in influencing world events. He lauded “the profound significance of human choice and the sublime responsibility of men.”

Citizens in a republic like ours have the sublime responsibility and profound significance of choosing our own rulers. First our choices and then theirs—not the spirit of history—will shape our future, for better or for worse.

Despite what progressive politicians may presume, not every change is progress. Author C. S. Lewis put it well when he wrote, “We all want progress, but if you’re on the wrong road, progress means doing an about-turn and walking back to the right road; in that case, the man who turns back soonest is the most progressive.”