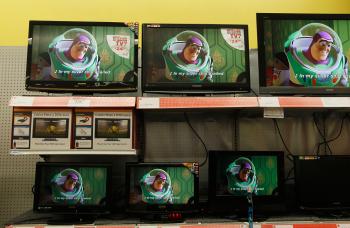 The Mother of All Environmental Problems

Chris Bolgiano
biggersmaller
Print
It was Mother’s Day, and the staff of the independent-living community where my mother resides had arranged a nice luncheon, with roses for all the mothers.

When a cherubic child with golden ringlets pressed a flower into my hand, and I politely refused it, she became confused. No wonder, since it was assumed by everyone that of course all adult women in attendance were mothers

At 50-something I am an adult, but not a mother. And though some will gasp in horror, I consider that to be my greatest achievement as a conservationist, although finding the first saw-whet owl ever reported in my part of Virginia ranks pretty high, too.

For millennia, the relentless ticking of a woman’s biological clock has equated her entire life with only one purpose: childbearing. And for my gender, menopause has always largely meant the end of meaning.

I’ve lived through that transition now, without despair or Prozac. And I’m not alone. Today large numbers of married women are choosing not to have children, if only because more opportunities are being offered to more women than ever before. It was my good fortune to come of age with such choices and to find a husband who honored them.

It always seemed to me that childbearing was a quick way out of a hard hunt—providing instant meaning to life. I wanted to search for purpose elsewhere. Plus, when I first read the ingredients on jars of industrial baby food—this was long before “organic” was even a gleam in Gerber’s eye—I couldn’t imagine inflicting that stuff on an infant.

Which brings me to the state of the world.

Although few journalists cover this angle, almost every environmental disaster is caused by overpopulation—but not the kind many assume. It’s not the black and brown babies of the developing world that most threaten our planet but our own desire for stuff—a hunger for iPods and starter castles.

American consumption, and the global pollution associated with supplying it, is unsurpassed. It takes a Third World village to use all the resources that a single American consumes and, often, wastes every day. So even though the birthrate in America is historically low, curbing it further would be a good place to begin when trying to save the world. I am pleased to do my part.

But what about the joys that children bring? Isn’t there a basic biological drive to reproduce? And aren’t children our future, after all?

The only sadness occasionally seeping from my childfree decision is not having grandchildren—which my mother would have loved. Now and then, I’ve also wondered if my husband would have enjoyed life more with children, but I doubt it.

As for the future, I’m more concerned about the precarious outlook for saw-whet owls than the human race, which far outnumbers owls and has all the advantages. And I grieve for the generations of all living creatures that will suffer from our toxic legacy.

Meanwhile, a few fundamentalist preachers have noticed the childfree trend and condemned it because marriage, they say, is only for procreation. Others question whether the Lord really wants the world to have 9 billion people, many dying as babies because clean air, water, and enough food are only available to those able to afford them.

It seems to me that the encouragement of childfree couples is crucial to saving the planet.

A childfree life celebrates humanity’s most profound conquest of nature: not the engineering of dams or genes, but control of conception. Give every woman that choice, and the world will change.

Like me, many women could discover that a childfree life offers meaningful experiences that balance the loss of mothering, and theirs could be a great gift to a beleaguered planet.

Chris Bolgiano lives in the Appalachian Mountains of Virginia and has authored or edited five books, several of which have won literary prizes. © 2010 BlueRidgePress.com