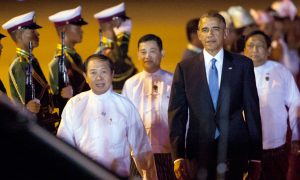 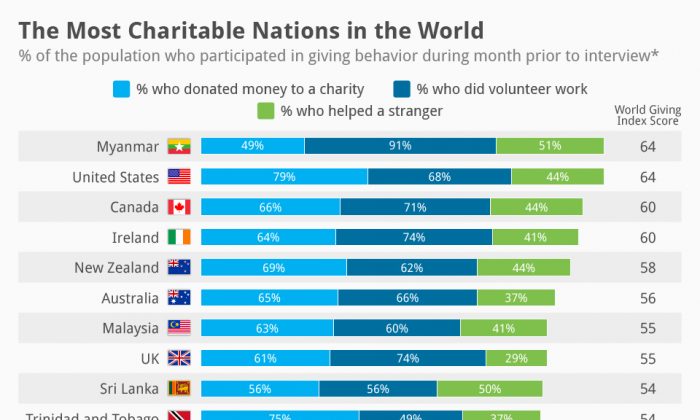 The Most Charitable Nations in the World—No. 1 Will Surprise You

According to the 2014 World Giving Index published by the Charities Aid Foundation, Burma (also known as Myanmar) is the most charitable country in the world. The Index, which sees the United States and Canada ranked second and third, is based on nationally representative surveys regarding paricipation in charitable activities. The score is determined by taking the average of the percentages of the population that donated money, did volunteer work or helped strangers during the month preceding the survey.