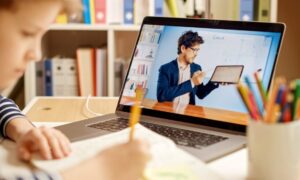 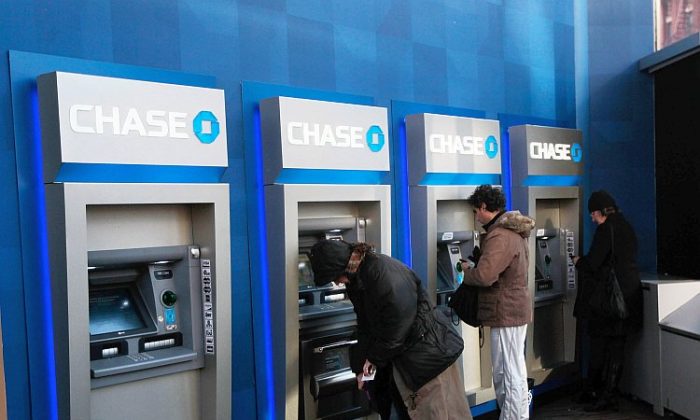 People use ATMs at a Chase branch bank in New York City. Banks are important for the economy but their lending practices lead to inequality. (Chris Hondros/Getty Images)
Viewpoints

The incentives of bank lending are bad, and the result is inequality

Private debt tends to grow faster than the overall economy. As debt grows relative to GDP, inequality increases because more income is devoted to debt service. And throughout history, the rich have owned a disproportionate share of society’s debts.

It is not just the overall growth of debt that matters, but also that what grows the fastest is the wrong type of debt. According to the textbook view of mainstream economics, people save money and banks recirculate those savings as loans to finance productive investment, so $100 in savings is $100 in investment. If this textbook fable were broadly true, there would not be such a severe problem.

But it is not true. Instead, the banks create debt money by lending it out through the fractional reserve system ($100 of lending for $10 of savings), leading to more money chasing fewer goods. Even worse, most lending throughout history is to purchase not newly produced capital goods, but already existing assets, including (and especially) real estate. The more lending there is, the higher that real estate prices climb.

From the standpoint of banks, lending to customers to buy assets like real estate seems straightforward. Land purchased with the loan serves as reliable collateral for that loan. It is safer than lending to a business. Businesses must be studied carefully to determine their potential value, but are subject to all sorts of potential risks. Real estate, throughout most of world history, seems a safer investment.

Real estate loans have tended to grow as a share of all private loans in all major countries, particularly in recent decades, while loans to corporations for productive investment are a small and a declining share of the total.

In effect, what banks do is create a self-fulfilling prophecy. They lend more and more money to purchase the same fixed supply of real estate. As lending keeps increasing, new buyers continuously bid up the price of properties. As property values soar, the collateral for the growing loan volume is growing, too.

It seems like a win-win game: Banks get richer from increasing lending and property owners get richer as the value of their properties soars.

But every direction of the economy creates both winners and losers. The losers are the new buyers entering the market for the first time and finding that their incomes are not rising as fast as the cost of properties. The losers are also the poor—those without property. More and more of their income is eaten up by rent, but buying a home becomes prohibitively expensive. The gap between the property-owning haves and the renting have-nots consequently keeps growing.

Even at today’s extremely low interest rates, home prices have risen so high that fewer Americans (and fewer people in other major countries, too) can afford to buy a home. The percentage of Americans owning their own home peaked during the last financial crises. Since then, millions have lost their homes to bank foreclosures and fewer young people can afford to own a home, so they live in their parents’ basement. The rate of homeownership, though still fairly high, is now dropping.

There is almost no limit to how much wealthy people and corporations are willing to spend to locate their homes and offices in the choicest parts of the most expensive and desirable cities. As long as loans against real property are easy to secure, this game will ratchet up prices almost infinitely, because “the rich” are not income constrained.

The only limit is how much wealth can be squeezed out of the hands of the rest of us who actually produce society’s useful output.

The most desirable location in the world can only be purchased with a share of the wealth societies produce. If the share of societies’ output required to purchase Park Avenue penthouses and midtown Manhattan office space keeps growing, then the middle and working classes will get squeezed. Homes owned by the middle class may also increase in value, but usually not as fast as the residential and commercial property in the choicest locations, typically owned by the top 1 percent.

There are two ways to reverse this process. One is financial crisis. A major financial crisis like that in 2008 does wipe out large amounts of wealth (and debt) and brings down property prices. But if lending resumes in the same pattern as before, prices are bid back up and the wealth of the very rich recovers, along with property values, though the income and employment of average people often does not keep pace.

A creative way to restrain the growth of debt-fueled price bubbles is to tax the loans that fuel them; another would be to decrease the amount banks can lend out without real savings backing the loans. Both of these solutions are unlikely to happen with a bank-owned Federal Reserve System and a government that, on both sides of aisle, has been receiving millions in campaign donations from financial companies.

Thus, the American economy will remain susceptible to property price bubbles that hit heaviest the one-third of Americans who do not own a home—young people and the poor.