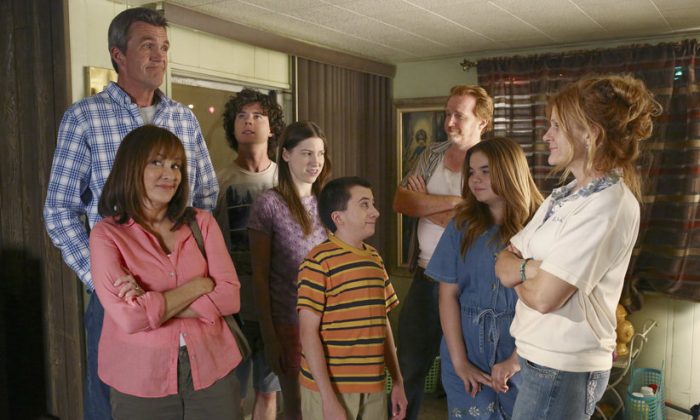 The Middle on ABC has been renewed for a season 6 as season 5 wraps up on May 21.

ABC hasn’t announced a premiere date, but based on the past five seasons, it’s safe to say that it will be in late September. The projected premiere date is September 24.

The network did say that the comedy will stay in the 8 p.m. timeslot, followed by The Goldbergs and Modern Family.

New show Black-ish will air at 9:30, followed by Nashville.

Atticus Shaffer (Brick) told TVLine regarding the next season:

“For however much time we have left, I’d really like to see Brick growing up. I’m three years older than Brick, so everything he’s going through is stuff I’ve already been through. To be able to have Brick grow up, and show that he stays true to who he is, is something I’d love to see.”

Shaffer added to Zap2It that he’s all for anything that deepens his character.

That’s what I liked to see with this last season, and hopefully it will get expanded on even more next season, is that Brick is growing up,” he says. “He’s growing up emotionally, and it’s how he’s dealing with those emotions, and realizing of course that his family are not the best people to go to for that.”

Here’s the description for the season 5 finale, which is one-hour.

While Sue counts down the days until the Hecks depart on their road trip to Walt Disney World (she won the trip in a “Hands on a Hard Body” contest), Brick begs his parents to take a detour to North Carolina so he can meet his online girlfriend, and Axl anxiously awaits the posting of his final grades as a college freshman. Then, when the Hecks arrive at Walt Disney World, a good time may not be had for all when a series of misfortunes threaten to put a damper on their trip.