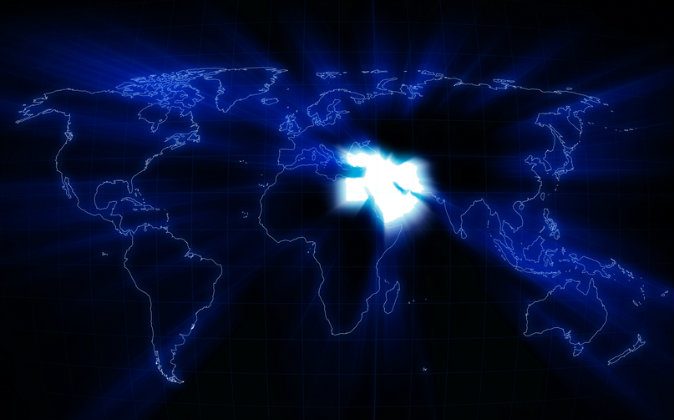 The Middle East in 2015 and Beyond: Trends and Drivers

Four years after the uprisings that broke the mold of the old Middle East, 2015 promises to be another year of tumultuous change. The eruptions of 2011 unleashed decades of pent-up tensions and dysfunction in the political, socioeconomic, and cultural spheres; these dynamics will take many years, if not decades, to play themselves out and settle into new paradigms and equilibriums.

In 2014, four Arab countries—Syria, Iraq, Libya, and Yemen—sank decisively into the ranks of failed states with no longer any effective central authority over the expanse of national territory. ISIS arose as the largest radical threat in the region’s modern history, challenging political borders and order and proposing political identities and governance paradigms. Sunni-Shi’i conflict intensified throughout the Levant and reached Yemen; an intra-Sunni conflict also pitted supporters and opponents of the Muslim Brotherhood. Egypt rebuked its previously ruling Islamists and elected a military officer as president who has prioritized security and economics and cracked down heavily on dissent. Tunisia’s secular nationalists and Islamists found a way forward with a new constitution and inclusive national elections. Jordan and Lebanon have managed to maintain stability despite massive refugee inflows. A cautious Algeria maintained its status quo, reelecting an aging president to a fourth term. And Morocco continued its experiment in accommodation between a powerful monarchy and a government led by the moderate Islamist PJD party.

Palestinians tried both negotiations and militancy against Israeli domination but got nowhere with both strategies, while their own deep internal divisions continued. Israeli leaders clung to an untenable status quo with no long-term vision, whether for a two-state or a one-state or any viable-state solution. Saudi Arabia and the United Arab Emirates upped their role in regional politics while Qatar’s role waned. In Turkey, Erdogan won the presidency and moved to consolidate his power, but he has struggled with the Kurdish issue and has sharp disagreements with the United States and Europe over the rise of ISIS and with Russia and Iran over the fate of Assad. Tehran’s pragmatists and hard-liners struggled over the future direction of Iran, with much hanging on the fate of the P5+1 nuclear negotiations. The hard-liners kept up their support for Assad, Hezbollah, and Shi’i militias in Iraq, extending their reach to support for the Houthi forces in Yemen.

2015 promises to be no less turbulent than 2014, as domestic and regional dynamics continue to play out. Underlying this turbulent kaleidoscope of change are a bewildering number of trends and systemic drivers that originally broke the mold in 2011 and continue to put intense pressure on political and socioeconomic structures. Of course, trends and drivers are potentially distinct, but drivers often trigger trends, and trends over time are liable to become drivers in their own right. Below are few key trends and drivers to keep an eye on, and that are likely to shape events in 2015 and for many years to come.

The Battles of the Youth Bulge

Prime among these is a demographic youth bulge of historic proportions that burst the precarious piping of the old political and socioeconomic structures and will continue to overwhelm the social and institutional orders of the region for some time. Two thirds of the population is under the age of 30 and their search for jobs, identity, and empowerment will fuel the tumult of the region for many years. Economies are not creating jobs fast enough to accommodate them; governance structures are not opening up sufficiently to include them; and their search for identity has spurred movements as disparate as pro-democracy civic action, radical nationalism, and messianic dreams of a revival of the caliphate. This bulge will take at least a couple of decades to work—or break—its way through the system.

Power Shift toward the Populace

Advances in technology and communication have led to a power shift from once all-dominant states to an increasingly informed, powerful, and demanding populace, both as communities and individuals. They have access to the global web of information and communication; they can build virtual societies and communities of identity and interest; and they can mobilize and coordinate. With this knowledge and power come demands for recognition, participation, voice, and influence. This power and these demands have erupted in many political and militant forms and have led to political change in some countries and civil war in others. They fueled the uprisings of 2011 and populate the armies of ISIS. Although some societies and states will learn how to manage these new realities better than others, the power shift is deep and ongoing.

The power shift from states to people also includes a power shift—or long overdue equilibration of power—from men to women. Women have benefitted from the same trends that have empowered populations in general. The old dominance of men—enforced by restriction of access to information, mobility, and mobilization—has been undone by the same changes in technology that have affected society in general. Although only in a few cases, as in the strong women’s movement in Tunisia, has this power been directly harnessed and organized, the backlash against this empowerment has been strong, from the patriarchal repressiveness of the Muslim Brotherhood, seeking to herd women back into traditional roles of mother and homemaker, to the wholesale brutalization, exploitation, and enslavement of women advocated and implemented by ISIS.

Overall economic growth in the Arab countries is projected by the IMF to be around 3.8% for 2015. Even before the uprisings, growth in Egypt was respectable, at about 5% annually. But this growth was not accompanied by a commensurate growth in jobs, and new wealth was disproportionally accrued by the upper income group. Unemployment for the MENA region, officially at 11.1%, is the highest of any other region of the world, and youth unemployment is around 30%. Some of the oil-rich economies of the Gulf have made great strides in diversifying their economies—some becoming global hubs for trade—and increasing their national employment numbers, and all of the Arab countries, including the large non-oil economies, have tremendous talent and capacity in their young labor pool. But none of the large non-oil countries like Egypt or Morocco have been able to undertake the domestic reforms that would enable them to surge as manufacturing and innovation hubs and achieve the high levels of economic and job growth achieved by Turkey or China over the past decade.