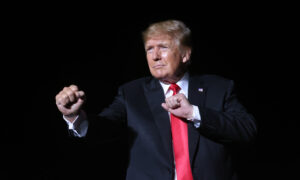 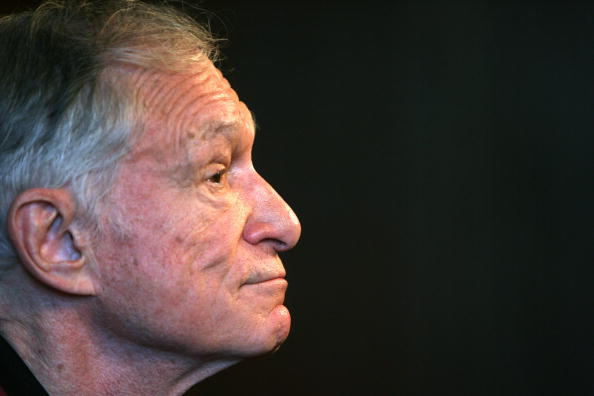 Playboy Magazine publisher Hugh Hefner is pictured during a press conference to introduce the new season of his TV show "Girls of the Playboy Mansion" on E! Entertainment, 11 Jan. 2007 at the Palyboy Mansion in Beverly Hills. (GABRIEL BOUYS/AFP/Getty Images)
Viewpoints

The #MeToo movement has scored a significant victory: Les Moonves has “stepped down” as CBS chairman and CEO after multiple accusations of predatory sexual behavior spanning many years came to light.

The #MeToo movement appears to be an amorphous, spontaneous uprising against people in positions of power who have engaged in serial sexual predation. That strikes me as a quintessentially American phenomenon. Whatever the particulars of the movement’s structure, leadership, etc., it is accomplishing several worthy objectives.

First, justice: Moonves’ comeuppance illustrates the old Biblical principle that one reaps what one sows (Galatians: 6:7). What “perfect justice” in this case would be, I cannot venture to say, but there is at least partial justice now that Moonves’ victims see him paying the price of public disgrace and removal from his position of power as a consequence of his misdeeds.

Second, deterrence: Clearly, we have only seen the tip of the iceberg during this, the first year of #MeToo. That means that there are a lot of guilty men (and a few women) out there who are sweating bullets that their shameful mistreatment of others (whether violently criminal or “merely” unethical, obnoxious, and abusive) will be revealed. And for others who haven’t yet crossed the line to engage in predatory sexual misconduct, most will be far more likely now than a year ago to refrain from crossing that line.

Third, accountability: The dam has broken. The notion that one could engage in such ugly behavior with impunity and hide safely behind an unwritten code of silence has been shattered. Notice has been served: Do it, and you will pay a heavy price.

This is all to the good. The norms of our society are changing for the better. Treating others with greater respect is much needed and much welcomed. That being said, I have a bone to pick with the #MeToo movement.

By all means, let there be days of reckoning for the guilty. Let the perpetrators be unmasked and receive their just desserts. But if the movement stops there—only bringing to light more misdeeds by more perpetrators—then it is only treating the symptoms of a societal problem and not its causes. The real culprit here is the mindset that fuels the impulses, rationalizations, and self-justifications that trigger such misconduct.

Can anyone deny that American society has become increasingly preoccupied and saturated with increasingly lurid and demeaning concepts of sex over the past 50 to 60 years? This isn’t to say that intense interest in sex arose with the baby-boomer generation; powerful sexual desires are as old as the human race. But the Playboy philosophy that emerged in the 1950s and the sexual revolution that exploded in the ‘60s and ‘70s magnified and amplified those natural instincts, exalting sex and sexual “liberation” and indulgence as the mark of a “hip” modern man or woman.

A year ago this month, just before the #MeToo movement rose to prominence, Hugh Hefner, the founder of the Playboy empire passed away. I have no personal animus against Hefner, but as long as the peccadilloes of living men are being discussed openly, why not take a look at a deceased individual who played a key role in glamorizing sex-without-commitment promiscuity?

Let me emphasize that I’m not alleging that Hefner singlehandedly debased human sexuality in American culture. He was a figurehead for a vast number of people in our society who were seduced into believing that sex is a toy that takes one to the pinnacle of happiness when, in fact, sexual hyperactivity has destroyed families and brought pain to millions of devastated American children who have wondered why Mom and Dad didn’t stay together.

Besides ignoring Hefner and fellow pornographers’ role in eroding standards of sexual self-control, the #MeToo movement also has given Hollywood a pass. The movie industry has played a huge part in the exaltation of sex over love. Scenes that were left to the imagination as recently as the early 1960s have became increasingly explicit in the years since. The constant bombardment of the senses with vivid scenes of sexual passion inflamed those passions in others.

Indeed, the #MeToo movement lost a golden opportunity at last spring’s Oscar ceremony. There, a famous actress used her time on national TV to call for more offenders to be brought to account. That was fine, as far as it went. However, she blew a golden opportunity to address Hollywood’s culpability in fanning the flames of sexual desire. Hollywood has contributed heavily to generating a cultural miasma in which morally weak individuals abandon self-restraint and instead commit sexual depredations against others.

As the book of Proverbs warns, “Can a man take fire in his bosom, and his clothes not be burned?” (Prov. 6:27) Hollywood films have ignited a lot of fires of desire over the years with graphic and mesmerizing depictions of sex as no-strings-attached thrills, best enjoyed with someone other than one’s spouse. For Hollywood figures to denounce those who are consumed by those fires, without accepting any responsibility for its role in pouring fuel on those fires is shortsighted, if not hypocritical.

The #MeToo movement is propelling needed change. The next step in its development should be for its spokespersons to courageously challenge the social acceptability of exalting sexual gratification above healthy relationships and time-tested moral norms. It’s time for them to address the roots of this cultural and social scourge.

Dr. Mark Hendrickson is an adjunct professor of economics at Grove City College. He is author of several books, including “The Big Picture: The Science, Politics, and Economics of Climate Change” (CFACT.org — 2018).