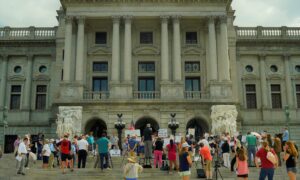 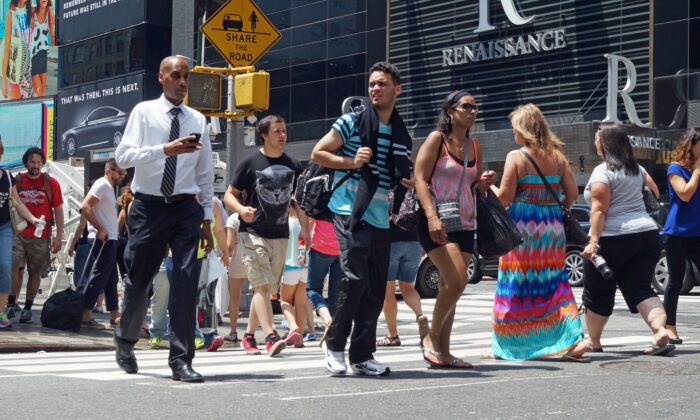 Meritocracy is an equalizing approach based on the principle that individuals can advance and thrive on the basis of talent, effort, and achievement rather than on their social class. (ThreeRivers11/Shutterstock)
Viewpoints

The Merits of Meritocracy

In the current cultural climate, meritocracy is dismissed as antiquated and unjust—a failed doctrine of the patriarchy. But this foundational virtue of democracy shouldn’t be discarded so casually. It’s an equalizing approach based on the principle that individuals can advance and thrive on the basis of talent, effort, and achievement rather than on their social class.

While it may not afford everyone wealth and prestige, a properly functioning meritocracy will allow the greatest number of people to improve their position in life, regardless of objective factors such as race, gender, or creed.

Inequality is an intractable problem that has plagued every society in history. Slavery in the United States and the treatment of indigenous peoples there and in Canada are examples of inequality that stem from a lack of opportunity embedded in the historical development of these two countries.

When it comes to rectifying such legacies, the principle of equal opportunity provides the fairest and most sustainable path forward. This cornerstone of a properly functioning meritocracy fosters self-determination and autonomy at both the individual and community level, resulting in a perpetual social flourishing.

The equity doctrine, on the other hand, prioritizes equality of outcome as a way to redistribute wealth across demographics. This pillar of socialist theory is currently promoted as the solution to many of society’s ills.

On the surface, these principles may seem congruent, but they are, in fact, polar opposites. Equality of outcome is a path to resentment and impoverishment. It doesn’t succeed in elevating people but instead reduces them to the lowest common denominator. The recent social unrest in Cuba is a direct result of the equity doctrine, enforced through communism, that has kept the nation under authoritarian rule for over 60 years. The Cuban people are poor, oppressed, and fed up with living within the imposed limitations of their government.

Myriad social experiments across millennia have resulted in systems of both tyranny and freedom. Through the necessity of progress, the concept of a meritocracy came to play an important role in civil democracies. It was a foundational value of the American system and perhaps the most critical factor in the United States’ rapid rise to a dominant superpower.

Andrew Carnegie, the son of Scottish immigrants, went from making $2.50 a week as a telegrapher to one of America’s richest men and greatest philanthropists. Carnegie wasn’t born to wealth or social class but was able to use his work ethic and perseverance to capitalize on opportunities as they presented themselves. This is meritocracy in action.

However, meritocracy isn’t without its shortcomings. Criticisms include that a meritocratic system is gamed so that the wealthy can perpetuate their wealth into the future. The bright but not brilliant child of an affluent family has access to schools, tutors, and coaches that create the opportunity to succeed at a high level, potentially ending up in an Ivy League school even if they don’t possess the natural attributes. The 2019 college admissions scandal comes to mind.

Contrast that with the brilliant child raised in the inner city projects who has all the talent and none of the opportunity. From this perspective, meritocracy isn’t fulfilling its promise. It’s a valid criticism, symptomatic of broader social problems. Inner city projects aren’t producing Ivy League students at the same rate as the Hamptons.

But the dismissal of meritocracy’s underlying virtues is a problem. Although imperfect, it still enables the greatest number of people to improve their position. Through the message that success comes to those who take advantage of the opportunities before them, it fosters an empowering, self-reliant attitude that propels individuals and society forward.

Contrast this with the West’s current obsession with identity politics. From this perspective, group identity is paramount and a limiting factor to individual potential. If you belong to group x, you are an oppressor. If you belong to group y, you are the oppressed and therefore are entitled to a victim status that can be used to claim unearned benefits. It’s tempting, especially for those who can claim that status, to over-rely on this group identity and fail to put in the effort necessary to realize their potential. It’s a self-limiting cycle that will result in regression over the long term.

There is no perfect system of societal organization. All come up short in one form or another. But in a properly functioning meritocracy, the emphasis is on creating opportunity where it is absent so that the talented and ambitious can actualize their potential with the least amount of resistance, perpetuating a pathway of success that propels society forward.

It’s a long game, but it improves over time, and it’s much more valuable than a utopian ideal with little basis in reality.