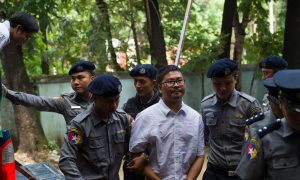 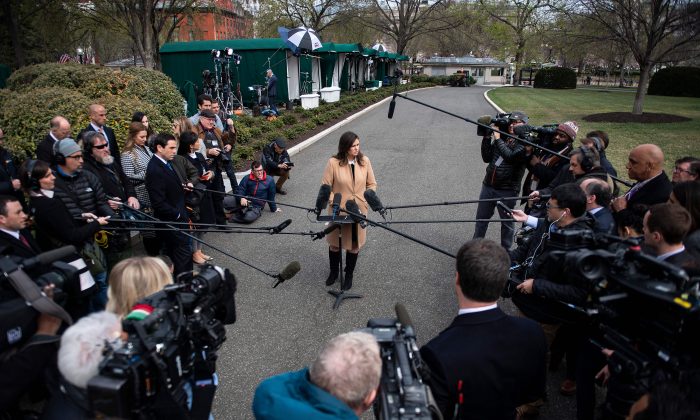 Soon after the 2016 election, The Washington Post adopted the slogan “Democracy Dies in Darkness.” Well, turns out democracy can also be blinded by those whose job it is to shine the light. Sometimes lamplighters are just gaslighters.

James Madison wrote that “public opinion sets bounds to every government, and is the real sovereign in every free one.” He noted, though, that “in proportion as government is influenced by opinion, it must be so, by whatever influences opinion.”

The primary influence on public opinion is whatever passes for “the media.” For this reason, the U.S. founders justly heralded freedom of the press “one of the great bulwarks of liberty” and “the palladium of liberty.”

Recently, it seems that foxes have been guarding the henhouse. Since May 2017, the biggest media corporations published more than 8,500 articles on the speculation that President Donald Trump colluded with the Russian government to win the 2016 election. Some even won awards for “deeply sourced” reporting on the rumor.

Special counsel Robert Mueller has now ended his inquiry into the charge. His judgment: There is no evidence of collusion. And yet, according to a recent CNN poll, 56 percent of the U.S. public still suspect that Trump conspired with Russian President Vladimir Putin to win the election.

Greg Weiner argued recently in The New York Times that Congress’s failure to stop Trump’s emergency declaration to garner funds for the border wall is ultimately the American people’s fault. It is, he said, “an appalling failure of constitutional awareness and education in the United States civic education and virtue generally.”

One is even tempted to think he considers the American public politically deplorable because—as he summarizes Madison—“the public always governs eventually in the United States,” and Weiner thinks it’s not governing very well because it let Congress let Trump declare the border crisis an emergency.

Well, why should they trust the judgment of a man whom they suspect is a usurper and a Russian pawn? I wouldn’t.

But why don’t they trust him? I can think of 8,500 reasons to begin with. This continuous barrage of articles based on unfounded postulation has not enlightened the public; it has deceived it.

Many welcomed the deception and Russia fantasy with open arms, and I sincerely hope they are now engaged in some introspection as we approach another election. But the media has the greater responsibility, and so they deserve the greater censure.

The Guardians or the Enemy of the People?

For the free press to function as the guardian of public opinion, it’s going to have to do better than it has the past two years at discerning news from narrative. This is not to say the press shouldn’t be critical of the president, of course. It is to say, though, that the press must take cognizance of its noble responsibility by doing a better job authenticating its sources of information and questioning its biases.

Many pundits have expressed anger at the president’s denomination of much of the media as “fake news” and “the enemy of the American people.” But it is misguided to react by thinking that Trump’s comments somehow make the media more trustworthy.

Thomas Jefferson had this to say about the press in his own day:

“Nothing can now be believed which is seen in a newspaper. Truth itself becomes suspicious by being put into that polluted vehicle. … I really look with commiseration over the great body of my fellow citizens, who, reading newspapers, live and die in the belief, that they have known something of what has been passing in the world in their time.”

How can the people better guard the guardians of public opinion? Here are some suggestions.

First, the market solution: Unfollow and quit watching and reading news outlets that have clearly proven themselves unworthy of the public’s trust. Rachel Maddow’s show on MSNBC took a 20 percent ratings hit after Mueller turned in his report. That’s a powerful message.

Second, the legal solution: Reassert the distinction between license and liberty, because it applies to freedom of the press as well. Libel is not free speech. Where libel and malicious intent to spread false information can be proved, it should be prosecuted to the full extent of the law. A free society cannot afford anything less.

Third, the citizen solution: Be discerning and political. Madison believed that, despite all the checks and balances in our Constitution, “a dependence on the people is, no doubt, the primary control on the government.” Republican government presupposes belief that people are sufficiently able to inform themselves and be discerning enough to choose their own rulers. This happens through political conversation among people who treat one another as equals. Let us, then, reconfirm our commitment to this belief and the practice of talking with one another in a civil manner, informing ourselves, and choosing our rulers in a way worthy of members of a free society.

Madison hailed “the right of freely examining public characters and measures, and of free communication among the people thereon” as “the only effectual guardian of every other right.” This right is, therefore, too important to leave to those unworthy of our confidence. The guardians of public opinion hold a noble post; let them vindicate our trust in them.