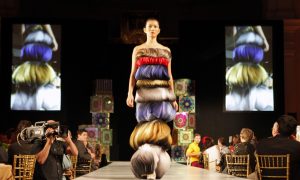 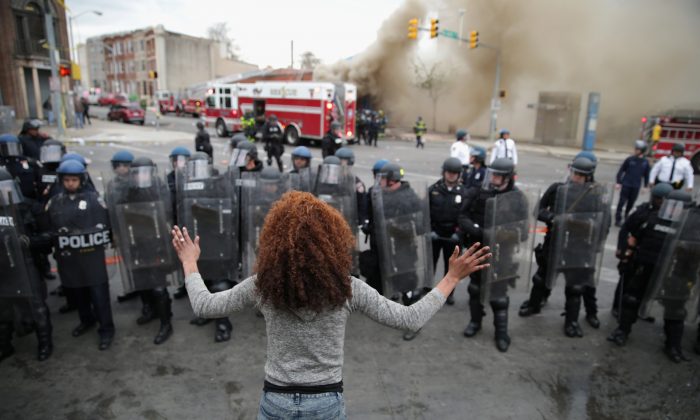 The Media and Baltimore: Covering the Dramatic Versus the Representative

President Obama said as much in his comments about the uprising in Baltimore triggered by the latest death of a black man in police custody.

“One burning building will be looped on television over and over and over again,” the president said, “and thousands of demonstrators who did it the right way, I think, have been lost in the discussion.”

Obama’s remarks nip at the man-bites-dog logic of journalism. I was introduced to this way of thinking the first time I went to a house fire as a reporter-with-camera.

“Was there flame?” my editor asked me when I got back to the newsroom. When I told her there wasn’t, her face fell.

And when it comes to deadly interactions between the police and urban black men, the media has had a lot of material in the past year.

Penn Staters still seethe when they recall the image of an overturned television van that dominated coverage of student reaction to the firing of Joe Paterno a few days after Jerry Sandusky, his former assistant, was charged with sexually abusing children in 2011.

Numerically, a relative handful of Penn State students turned out to protest the unceremonious dismissal of their beloved football coach – maybe 2,000 out of a population of 45,000. And only a handful of those 2,000 did anything destructive. Yet the takeaway from the news coverage was that Penn State students were blindly loyal to Paterno – even in the face of evidence that he may have played a role in shielding a child molester.

But if I were editing a newspaper back then, I, too, would have put the flipped news truck on the front page.

This being the start of commencement season, I also think of how many news features focus on the atypical grad – say, the middle-aged janitor who cleans the bathrooms in the very building where the ceremony will be held.

It makes a kind of sense, right? In a sea of 22-year-olds, the guy who is old enough to be the father of a 22-year-old stands out as unusual and therefore interesting. But he is not representative.

Another example: Every holiday season, look for a news outlet to do a story about Jews and Christmas. Some recent headlines: “How to Celebrate Christmas like a Jew” (New York Post); “Jews Have Fun with Christmas (Denver Post)”; “At One Jewish Home, Making Room for Santa” (New York Times).

If you don’t know that this story, like middle-aged college graduates, has become a news cliché, you might think this is a fresh angle: We know what Christians do on Christmas; what do Jews do on Christmas?

Here, too, the dominant experience is shunned in favor of the outlier experience.

A corollary to the complaint that the news media sensationalizes conflict is that the news media incites conflict. On the night of Joe Paterno’s firing, some of my students swear they saw TV reporters exhorting the crowd to get crazier. (Local police got wind of it but found no evidence that incitement had occurred.)

But even when we don’t incite, we abet. Drawing again on my own experience as a reporter, I recall arriving at a demonstration – I don’t remember what the issue was – and finding the protesters sitting on the curb, their signs lying facedown in the gutter.

When the protesters saw me, camera around my neck, pulling my reporter’s notebook out of my back pocket, they stood, hoisted their signs and began marching and chanting: Showtime!

After all, what’s a protest without an audience? Martin Luther King knew better than anyone the value of Northern newspaper readers and TV viewers seeing Southern cops brutalizing civil rights marchers.

I don’t have the sense that Baltimore’s violent protesters were calculated or orchestrated. The anger seems more spontaneous than that. When President Obama and other critics invoke a continuous loop of televised violence, it might have less to do with the media overplaying violent protest and underplaying peaceful protest than with the salience of the violent images themselves.

Still, events like those in Baltimore and Ferguson, Missouri, and elsewhere put journalism in an awkward position. A core mission is to call attention to social ills in the self-evident belief that the public cannot act unless it knows. Is Baltimore burning? Roll tape.

But in calling attention to unrest we may foment more unrest while demoralizing everyone else.