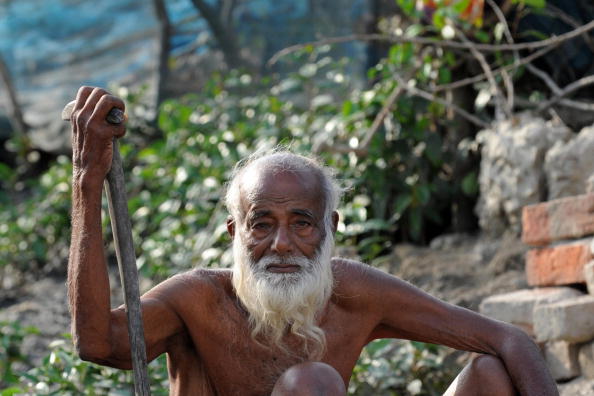 An elderly Bangladeshi man looks on at a village near the Sunderbans in Khulna, some 350 kms southwest of Dhaka, on March 31, 2009. The Sundarbans, which means 'beautiful jungle' in Bengali, is the world's largest mangrove forest covering an area over 10,000 square kilometres. (Munir Uz Zaman/AFP/Getty Images)
Environment

The March to Conserve the Sunderbans

By Jeremy Hance, news.mongabay.com
Share
FacebookFlipboardTweetRedditEmail
MOREPRINTFONT BFONT S
Last fall tens of thousands of Bangladeshis participated in a five day march that took them from the country’s capital to the Sundarbans, the world’s largest mangrove forest. They marched to protest the proposal to build a coal plant on the edge of the great wetland. Filmmaker, Bratto Amin, was there and just released a new film documenting the march and the ecosystem at stake, entitled Long Live Sundarban.

“I wanted to capture the sufferings…to show the rest of people that, look at these students, teachers, leaders, working people who went to participate in [the Long March], they didn’t go their for a picnic, they were there to protest,” filmmaker Bratto Amin told mongabay.com.

Critics of the 1,320 megawatt plant, dubbed the Rampal coal plant, say it threatens to pollute the great forest, imperiling not only the ecosystem’s rich wildlife but the livelihood of millions of local people. Moreover, as one of the world’s most vulnerable countries to climate change, critics say that by embracing coal-fired power Bangladesh is sending a mixed message to the international community and is contributing to a global problem that threatens to flood the Sundarbans itself.