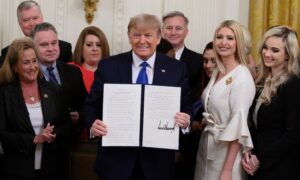 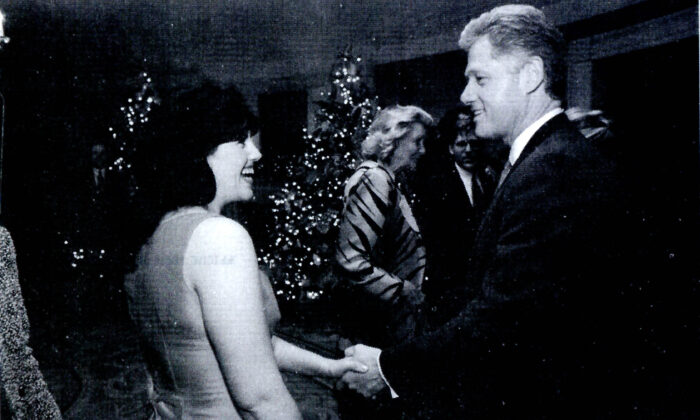 Let’s see a show of hands. Who, among readers of this column, has experienced some anxiety in their lives? Ah, as I suspected, there are lots of hands in the air. Everyone has had moments of stress, strain, and fear to deal with. The trick is how you handle it.

Our 42nd president recently reappeared to tell us that, because he felt such enormous pressure during his tenure as commander in chief, he turned to extramarital sex with a woman half his age as a way of “managing my anxieties.”

Speaking to producers of a newly released Hulu documentary about his wife, former President Bill Clinton admitted his behavior with young Monica Lewinsky was inexcusable, but he seemed to justify the affair as a legitimate way of relieving professional pressure or, as he put it, “something that’ll take your mind off it for a while.”

Sorry. He doesn’t get off that easily in my book.

Clinton’s glib justification doesn’t explain all the other women who have come forward to paint him as a serial cheater and sexual predator. Gennifer Flowers, a singer and former Arkansas television personality, reportedly had a 12-year-long affair with the married Clinton, which began in 1977. (Bill and Hillary married in 1975.) Juanita Broaddrick, a Clinton campaign worker, alleged he raped her in late 1970; Leslie Millwee, another Arkansas television reporter, accused then-Gov. Clinton of sexually assaulting her three times inside dark edit rooms in 1980; Paula Jones, an Arkansas state employee, claimed Clinton propositioned her and then exposed himself in 1991; and Kathleen Willey, a White House volunteer, said then-President Clinton sexually assaulted her in the Oval Office in 1993.

William Jefferson Clinton has denied each and every allegation, just as he initially denied the bombshell revelations about his 1995–1997 affair with White House intern Lewinsky, who was just a few years older than Clinton’s daughter Chelsea.

Call these mere “bimbo eruptions,” if you will. I call them a pattern of behavior or what would be explained to a criminal jury as “past bad acts.” Clinton’s denials can’t help but remind people of his long friendships with convicted sex offenders Jeffrey Epstein and Harvey Weinstein. Those two paid the price for their sexual crimes while their pal Bill has deftly escaped a criminal trial. Perhaps the Epstein and Weinstein lawyers should have tried the I-was-just-managing-my-anxiety defense.

Clinton accuser Kathleen Willey told an interviewer in 2016, “The mainstream press is calling all of Bill Clinton’s crimes infidelities. Rape, sexual assault and sexual harassment are not infidelities. They are crimes …”

It is baffling to me that today, in this so-called woke era, a man like Clinton can so cavalierly dismiss his past bad acts and his explanation is simply accepted, save for a bit of razzing in the media. Clinton made no mention of all the women left to struggle in his wake. Not a word was said about why he thought he could lie under oath to a federal grand jury probing his sexual improprieties and obstruct justice by asking Lewinsky to lie about their affair. Clinton offered no apologies, no hint of contrition about what his brutish, criminal predations cost the country during his impeachment spectacle in 1998.

Can you imagine any politician today—be they Democrat or Republican—being able to simply walk away from such sexually charged revelations with a spineless explanation about it being a byproduct of “managing anxieties”? It would never be allowed to happen today.

So why is Bill Clinton still in the spotlight? Why hasn’t he been ostracized, erased from society, like so many other accused sexual predators? Just ask some of the Clintons’ Hollywood pals who have been expunged from society in the wake of the #MeToo movement if they think this is equitable treatment.

Release of the new documentary about Hillary Clinton was obviously well timed to drop just months ahead of what looked like it could have been a brokered Democratic National Convention. No doubt the Clintons were hoping it would boost Hillary’s standing should the convention deadlock and need an alternative candidate. Once again, Bill and Hill banked on their star quality to ensure the most loyal in their party still have their blinders on.

My eyes are wide open.