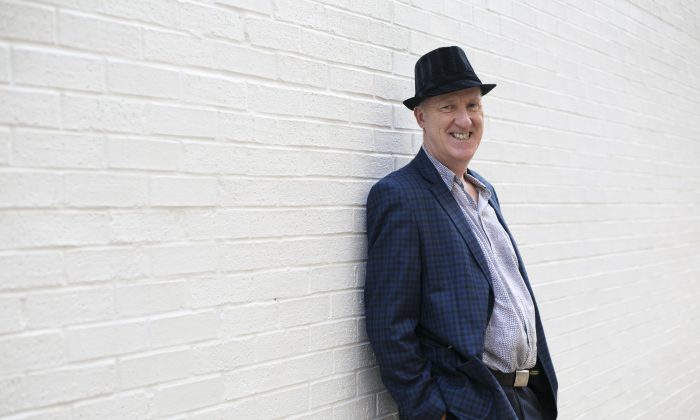 The Man Who Wants to House the World

NEW YORK—Steve Bevington has a knack for saying lofty statements in such an understated way that it takes a moment to fully comprehend them.

Bevington has the humility of someone whose perspective arises from the core. And he has the quiet conviction of someone who turns the most ambitious goals into reality.

He is the founder and managing director of Community Housing Ltd. (CHL), an Australian-based, not-for-profit charity with $387.4 million in total assets (2015) and a broad vision: “a world without housing poverty.”

Bevington’s own experience of homelessness runs deep and provides a steady compass by which he makes decisions.

He left his parents’ home in the English countryside, where there were no jobs, and moved to London. Beginning in the 1970s, when housing was scarce in London, he spent the better part of a decade living in squatter housing and about a year sleeping on the streets.

He spoke of stuffing his clothes with newspaper to keep warm and seeking the warm updraft of the London underground train system. And he spoke of what unstable housing does to a person.

“If you don’t have a place to be, then you can’t really engage in the fundamentals which keep body and soul together,” he said. “And the majority of the population do not understand how not having a base can totally sabotage your capacity to plan.”

His altruistic bent started early, as did his career in housing the poor.

“I got very zealous. … There were a lot of families on the streets—husband, wife, and kids—and I used to break into the places for the families.” The places were in derelict public housing that had been abandoned due to funding cuts.

Bevington ended up in the London borough of Camden. There, he and a group of about 40 young people took over some abandoned properties and formed a legal cooperative—which still exists today.

They spent a bit of money, collected rent, and kept the houses in serviceable condition. “But they were not of the habitable standard most people would expect,” said Bevington. He lived there for eight years.

In 1984 at age 29, despite his lack of professional experience, he was hired to head the housing authority for Camden London Borough Council and took on a huge staff of 1,200, along with 37,800 houses and 8,000 housing association properties.

Bevington left a much more vital system behind when he moved his family to Melbourne, Australia, where he took up a similar job at the Victoria state government, in 1988.

After 2 1/2 years there, he launched CHL, aiming to house those in need in Victoria.

It started with a $63,000 grant, a small office, and a telephone that barely rang. CHL initially partnered with small groups, but through word of mouth and some attention from government, it grew dramatically.

Bevington said the common thread through all of CHL’s work is the principle that people shouldn’t be spending more than 30 percent of their income on housing.

“The next commonality is that we examine all of the economic aspects and the cultural aspects of any environment—we work with the local people and we respond to their local circumstances,” he said.

CHL’s first overseas project was testament to that.

The Challenge of East Timor

Bevington is a man of action, not pomp and circumstance.

When a Geneva-based housing rights group approached him in 2003 to ask if CHL would fund a housing conference in southeast Asia’s newest nation, East Timor, he flatly refused.

“We don’t fund conferences,” he recalled telling them. “We build housing for the poor. We don’t spend our money on conferences for people to talk about it.”

So, they challenged him to see what his company could do in the country, throwing down the gauntlet.

East Timor was a highly traumatized nation after decades of violence under Indonesian rule. After finally gaining independence in 2002, the tiny nation was dirt poor and relied heavily on aid.

“It was a country at the very beginnings of the establishment of anything,” Bevington said.

“I thought the first thing they needed would be jobs, because if you don’t have a job, you can’t pay for your housing,” he said. So for the next eight years, CHL focused on building projects, training thousands of people in carpentry, plumbing, electrical work, project management, architecture, accounting, and estimation. A lot of businesses were started.

“The majority of the cost of the housing is for labor, paid through to the people who were formerly unemployed—so it’s a very effective way of creating work and creating a grassroots economy,” said Bevington.

The residential building program has had huge downstream effects on the nation’s economy as a whole, he said.

In the developing world, Bevington said a “strange nexus” exists between places that need investment—where strong capital growth would exist—and systemic corruption, a lack of transparency, “and all of those reasons why it’s risky to invest in those places.”

He said investors need to choose strong and transparent platforms for investment, such as CHL, that have a lot of experience and can operate in, regulate, and penetrate developing environments.

“Then you get your returns and there’s no doubt about it.” Bevington aims for a 15 to 20 percent profit on projects.

CHL is unlike traditional charities, such as Habitat for Humanity, which survive off donations, tax advantages, and government grants—all of which are limited, Bevington said.

CHL is a charity with teeth—it has private subsidiaries that operate with commercial discipline in nations that don’t recognize charities or allow charities to deal in real estate. But all profits are redirected into the charitable mission; there are no shareholders who receive dividends.

“The only way to deliver housing to the masses is through a business-focused, but idealistically driven, business model,” Bevington said.

It’s about finding the most self-sustaining solution in each area. Sometimes that means training a workforce to build their own homes; sometimes it’s starting community programs to stimulate the desirability of the area; sometimes it’s building and renting out properties; sometimes it’s even working with financial institutions to bring financing for homeownership.

“Two hundred million houses need to be built over the next few decades. So it’s vast,” Bevington said, not long after he described himself as “fairly ambitious.”

In India, Bevington said, the most critical issue is financing—more so than the availability of useable land or affordable construction technology.

The vast majority of workers in India are informal workers, meaning they get paid day to day, said Bevington. They are able to save money, but never enough for homeownership. This is the group that CHL is helping to access finance, through microfinance institutions and group payment options.

A Race Against Time

Bevington’s biggest challenge is yet to come, however.

The world’s population is expected to grow from 7.3 billion to 9.7 billion by 2050, according to a United Nations 2015 projection. And Africa is expected to account for more than half of that growth.

“The majority of those countries are not in any way able to sustain a dramatic growth,” Bevington said. “These are frightening prospects for the lives of those people and the impacts that could [have] on the world.”

If nothing changes in those countries, migration off the continent would be colossal, Bevington said.

“There is no way that we can button up our borders and build walls,” he said. “So I advocate to the world and to the world’s business leaders and the world’s politicians to get with the program, understand the sheer scale of this cataclysmic increase in population, and recognize that if there isn’t engagement, there is going to be one of the greatest calamities that’s going to hit the planet.”

Bevington is keen to get in there and work with locals to create stability and success, much as he did in East Timor. “I have a very great commitment to that.”

In San Jose de Maipo, Chile, a group of 44 families, slum-dwellers, lived in wooden shacks on the edge of a river in the Andes. They made money by panhandling.

“When I first visited them, they were like hunched shoulders, downtrodden, and I didn’t really even notice many of the faces of the people, because they were sort of hidden,” Bevington said.

CHL helped them build houses on the side of a hill, facing the Andes, and within one hour of the official opening, every house was full.

“They’d moved in with about half a shopping cart of possessions, which was everything they owned,” Bevington said.

“I arrived back there a year later, and this group of hunched, lost, downtrodden souls—I didn’t even recognize them,” Bevington said. “They were standing upright, they looked 15 years younger. A lot of them had bought cars, the teenage children were playing on the basketball court we built, the primary school children were playing in the playground, and they were inviting us into their homes to show us how much they had decorated.

“It was the most self-evident example of how solely a housing solution can totally change the quality of life of one community,” he said. “It changes people’s health, everything—their ability to engage the world, how they stood upright and marched into the world.”

In Tasmania, the little island south of Australia’s east coast, CHL is making its mark on public housing estates that have languished for years—specifically, five suburbs containing 1,200 houses.

“You’ve got intergenerational unemployment and crime and all of the usual things you hear about,” Bevington said.

“Our general approach there is to increase the overall level of well-being by stimulating the community in the hope that it becomes a favored place to live and the value of the housing increases as a whole.”

CHL got the ball rolling by starting an Aussie rules football club. Two years later, there are five teams running out of the club. A disused dam nearby was cleaned up and stocked with fish—another source of food for locals. A community garden was set up and locals were taught how to garden—creating more food and more community activity.

“We are not continuously managing these [projects],” Bevington said. “We are starting them off, monitoring and supporting their growth, and the community themselves takes it up and it takes on a life of its own.”

And it’s working. Now, people are actually buying housing in an area no one would set foot in before, Bevington said.

“I’m very interested in seeing how far this can go in completely transforming a place,” he said.

“Community development is becoming a much bigger aspect of what we do. In fact, it wouldn’t surprise me if in the future it became a primary aspect beyond housing itself.”


Disclosure: Steve Bevington is the relative of an Epoch Times staff member.