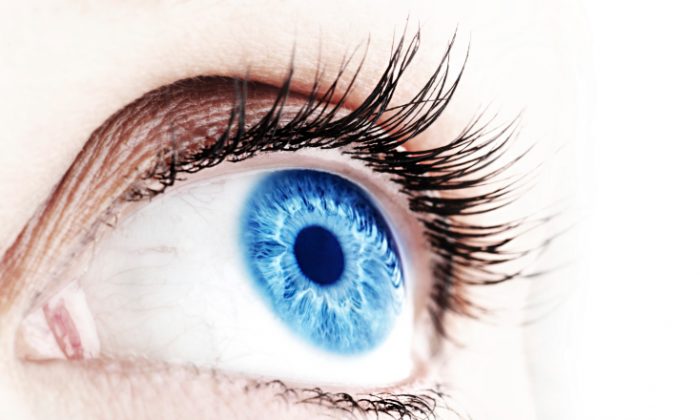 The Man Who Grew Eyes: Latest in Stem-Cell Research

The train line from mainland Kobe is a marvel of urban transportation. Opened in 1981, Japan’s first driverless, fully automated train pulls out of Sannomiya station, guided smoothly along elevated tracks that stand precariously over the bustling city streets below, across the bay to the Port Island.

The island, and much of the city, was razed to the ground in the Great Hanshin Earthquake of 1995 – which killed more than 5,000 people and destroyed more than 100,000 of Kobe’s buildings – and built anew in subsequent years. As the train proceeds, the landscape fills with skyscrapers. The Rokkō mountains come into view, looming menacingly over the city, peppered with smoke billowing from the dozens of narrow chimneys of the electronics, steel and shipbuilding factories.

Today, as well as housing the Port of Kobe, the man-made island contains hotels, medical centres, universities, a large convention centre and an Ikea store. There are also three government-funded RIKEN research institutions: the Advanced Institute of Computational Science (which is home to what was, until 2011, the world’s fastest supercomputer), the Center for Life Science Technologies, and the Centre for Developmental Biology (CDB).

At the entrance to one of the labs, a faded poster in a thin plastic frame shows the crew of the Starship Enterprise, a young Captain Kirk sitting proudly at the helm. Underneath is the famous Star Trek slogan: “To boldly go where no man has gone before.”

On the other side of the door, scientists in the Laboratory for Organogenesis and Neurogenesis are working on something that has fired the imagination of science fiction authors for many years. They are at the cutting edge of an emerging field: rebuilding the body by growing tissues and organs from stem cells. They hope to develop the next generation of therapies for a variety of debilitating human diseases, and unravel the mysteries of brain development.

Not long after fertilisation, the embryo consists of a tiny sphere of identical, non-specialised cells, referred to as pluripotent stem cells. These have the ability to stay in this state indefinitely, while dividing to produce daughter cells that are capable of turning into any cell type found in the adult body. These embryonic stem cells offered hope for researchers trying to develop disease treatments, but the fact that they could only be obtained from human embryos raised serious ethical questions about their use.

Then, in 2007, a team led by Shinya Yamanaka of Kyoto University demonstrated that connective tissue cells from adult rats could be made to revert to a pluripotent, stem cell-like state and reprogrammed to form different cell types. Others went on to show that cells taken from just about anywhere in the human body can be similarly reprogrammed, into just about any other type of cell.

By 2008, US researchers had taken skin cells from an 82-year-old woman with amyotrophic lateral sclerosis (ALS, a form of motor neuron disease), placed them into petri dishes and reprogrammed them to form the same motor neurons that are destroyed by the disease. By 2010, researchers at Stanford had shown that mouse connective tissue cells could be reprogrammed directly into neurons, bypassing the pluripotent state.

These advances provided a new – and less controversial – way of obtaining human embryonic stem cells. Researchers could grow them in the lab and reprogramme them however they wished, to study the molecular and cellular mechanisms of diseases and to test the effects of newly developed drugs. They also made possible a milestone in regenerative medicine: the first successful transplant of an organ grown entirely from man-made tissue.

The recipient was Andemariam Teklesenbet Beyene, a 36-year-old Eritrean man who was studying for a Master’s in geophysics at the University of Iceland. During his studies, Beyene was diagnosed with advanced cancer, then developed a golf ball-sized tumour that blocked his windpipe. He initially refused the revolutionary treatment that was offered to him, but he agreed after consulting with his doctor in Iceland and his family.

The treatment required the coordinated activity of three teams, each in a different part of the world. First, computerised tomography scans of Beyene’s windpipe were sent to researchers at UCL. They used the scans to build a Y-shaped glass mould, which was coated with a nanocomposite polymer to form a porous scaffold. This scaffold was sent to the USA and Harvard Bioscience, who ‘seeded’ the scaffold with stem cells taken from Beyene’s bone marrow, then incubated it in a specially designed bioreactor for several days; this allowed the cells to infiltrate the pores in the scaffold and to differentiate to form connective tissue. Finally, the scaffold was sent to the Karolinska Institute in Stockholm, where the 12-hour transplant operation took place.

Paolo Macchiarini, a surgeon at the Karolinska Institute, and his colleagues successfully transplanted the first completely synthetic windpipe in June 2011. Beyene remained weak and bedridden for several weeks after the procedure, but he eventually recovered and graduated from university about eight months later.

Windpipe transplants had been performed before but had all involved real windpipes from human donors, stripped down to the cartilage and repopulated with the recipients’ stem cells. Finding a suitable donor can take months, so the use of an artificial scaffold dramatically shortens the time needed. For Beyene, this was life-saving. (It also overcomes another obstacle: because Beyene’s new windpipe is completely synthetic, his body is far less likely to reject it, so he doesn’t need to take the powerful immune-suppressant drugs that other transplant patients take to stop this from happening.)

Tens of thousands of people worldwide are waiting for organ transplants, but there aren’t enough organs to go around – last year, more than 5,600 people were on the waiting list for a kidney transplant in the UK, but just over 3,000 received one. The global shortage of donors has fuelled a lucrative and growing black market: kidneys harvested from living donors can be sold for more than $30,000 and will soon outnumber those taken from the dead.