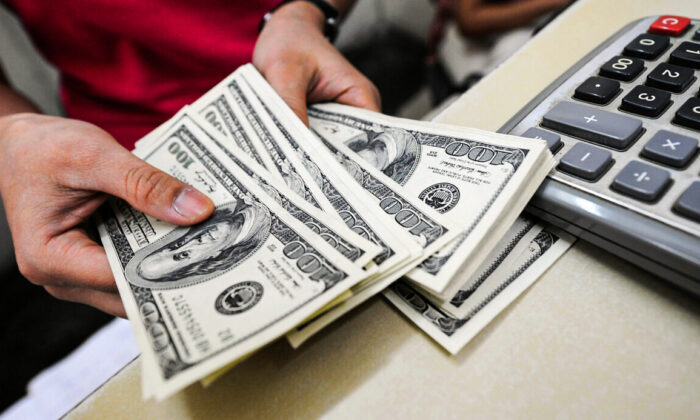 The Macro Swamps Turn to Quicksand?

James Dale Davidson
James Dale Davidson is a highly acclaimed economist and financial forecaster who has cemented his legacy through his renown investment newsletter Strategic Investment, which has been in publication 1987.  One of Davidson’s biggest fans include billionaire Peter Thiel, who says Davidson inspired him to start PayPal and cited Davidson as “his favorite stock picker.”
View profile
Follow
biggersmaller
Print

The toxic combination of the COVID-19 pandemic and quantitative easing by the Federal Reserve has created one of the more treacherous macro environments in history.

Maybe not. One of the more memorable observations of my tutor at Oxford was a three-word sentence he extolled me to ask whenever I thought I knew what history holds in store.

“And then what?” It puts you in the right frame to prepare for the reality that history is a process. Francis Fukuyama notwithstanding, “the end of history” is nowhere in sight.

Sir Isaac Newton’s Third Law of Motion seems to obtain here. The third law, also called the action-reaction law, states that the actions of two bodies on each other are always equal in magnitude and opposite in direction. You remember that.

The Third Law of Motion is the motive force of “and then what?”

It should caution you not to bet the house on the assumption of inflation ahead. For one thing, the Federal Bank of St. Louis has kindly calculated the value of M2 Money Stock.

Their analysis shows that the velocity of M2 money stock has plunged since the pandemic began. This reaction contradicts the presumption that inflation is destined to soar as our pure fiat money is remorselessly multiplied by the Federal Reserve. The Federal Reserve Bank of St. Louis kindly observes: “A higher velocity is a sign that the same amount of money is being used for a number of transactions. A high velocity indicates a high degree of inflation.”

Therefore, it follows that a decades’ long low in the velocity of money in all probability does not auger for runaway inflation.

Suppose the rapidly increasing reserve theory necessarily led to high inflation when money increases faster than real output. How do you explain the low inflation of recent years?

In fact, money velocity declines rapidly during an expansionary monetary policy period; it can offset the increase in money supply and even lead to deflation instead of inflation. That’s where I see the danger now.

This means that every dollar in the monetary base was spent only 4.4 times in the economy during that year, down from 17.2 just before the recession.

This implies that the unprecedented monetary base increases driven by the Fed’s large money injections through its large-scale asset purchase programs have failed to stimulate at least a one-for-one proportional increase in nominal GDP. Thus, it is precisely the sharp decline in velocity that has offset the sharp increase in money supply, leading to almost no change in nominal GDP.

As Professors Richard G. Anderson, Michael Bordo, and John V. Duca of the Federal Reserve Bank of Dallas showed in “Money and Velocity During Financial Crises: From the Great Depression to the Great Recession,” the velocity of the M2 Money Stock has been scraping bottom in a pattern not seen since the Great Depression.

So while you should stockpile gold, don’t go hog wild contracting debt on the assumption that it will be secretly erased by runaway inflation.

The vast gap between the real output of the economy and excess claims on that output, especially in the form of debt, leaves little doubt that excess claims on future production must be eradicated on a massive scale. By facilitating debt, quantitative easing may have set a deflationary trap that could spring shut on you.

James Dale Davidson
Follow
James Dale Davidson is a highly acclaimed economist and financial forecaster who has cemented his legacy through his renown investment newsletter Strategic Investment, which has been in publication 1987.  One of Davidson’s biggest fans include billionaire Peter Thiel, who says Davidson inspired him to start PayPal and cited Davidson as “his favorite stock picker.”