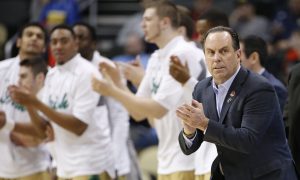 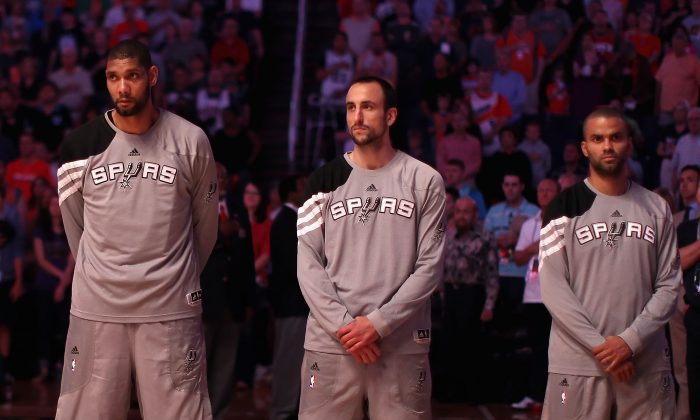 Don’t look now but the long-running show that is the San Antonio Spurs, who were finally starting to look their age early in the season, are suddenly knocking on the door for the second-seed out west just behind the Houston Rockets.

At 52–26 (heading into Wednesday night) and with 33 wins in their last 45 games, San Antonio is past the early-season slump that put them at just 19–14 in late December.

It’s the same old story for the defending champs and their long-running “Big Three” of star veterans—Tim Duncan, Tony Parker, and Manu Ginobili—all north of 30, yet still winning a young man’s game.

Maybe it’s time we call them the new “Big Three.”

Even more amazing is how the term “Big Three” was mainly used when discussing Boston’s former star-studded trio of Paul Pierce, Ray Allen, and Kevin Garnett in 2008 and then popularized when Miami lured LeBron James and Chris Bosh to join Dwyane Wade in Miami two years later—with both dynasties happening after San Antonio won titles in 2003, 2005, and 2007.

Which State Has Never Produced an NBA Player?

Sure, the aforementioned threesomes in Boston and Miami had more star power than San Antonio’s trio, but coach Popovich’s trifecta has been around longer (730 games, which is one more than Boston’s Larry Bird-Kevin McHale-Robert Parrish trio), won more titles together (four, though Duncan has five), and have never had a down season (50 or more wins 16 straight seasons).

The main difference between the Spurs’ trio and the aforementioned ones, though, is that, aside from Duncan, they didn’t come together as established stars.

Parker, just 20 at the time, had already flown under the radar as the team’s starting point guard for a year (a feat in and of itself at such a young age) after being selected by the Spurs with the 28th pick in the 2001 NBA Draft—one of the greatest non-lottery selections ever.

The then-25-year-old rookie Ginobili, who was drafted in the second round (57th overall) two years prior out of Argentina, had played internationally for a few years before making the team as a valuable sixth-man.

Then there was Duncan. The reigning MVP was starting his sixth season at the time and was who the team revolved around.

More than 12 years later, the roles are still the same—as are the results.

The two-time All-Star Ginobili, now 37, spent time as a starter before going back to his sixth-man role four years ago. The 32-year-old Parker, who was named Finals MVP in 2007, has been to six All-Star games and is still holding down the starting point guard position. Meanwhile the 38-year-old Duncan, who just played in his 15th All-Star game, is 15th in the league in rebounds per game (9.1) despite playing in reduced minutes every night (28.8 per game).

So while Boston and Miami’s “Big Threes” were broken up by blockbuster trades and free agency signings, it’ll only be fitting that the Spurs’ trio rides off into the sunset having never played for another team.