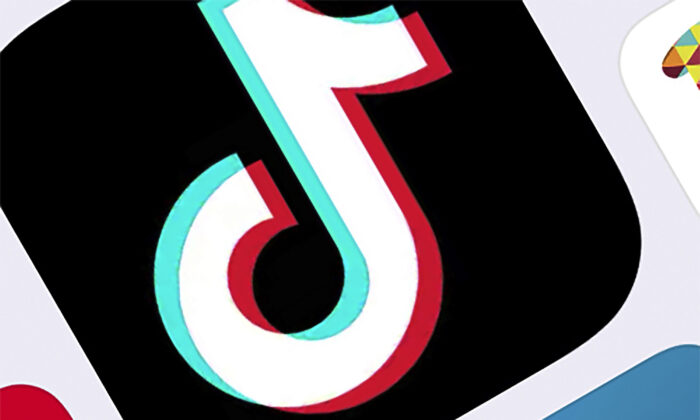 The Libs of TikTok Story Is a Damning Story, All Right—Damning to Journalism

On April 19, The Washington Post decided to “doxx”—to reveal the identity of—the hitherto anonymous female manager of Libs of TikTok, the hugely popular, but hated-by-liberals Twitter account that reposts with scathing commentary the selfie videos that purple-haired, bizarrely pierced schoolteachers post of themselves standing in their classrooms and boasting about how they work sexual proclivities and transgender identities into their lessons for 5-year-olds and 10-year-olds.

Then, as the rest of the mainstream media glommed onto the story, it morphed overnight into a story about something else: the “right-wing” (mainstream media-speak for people they don’t agree with) internet furor over the doxxing, which was done by Post reporter Taylor Lorenz, whose journalistic beat is supposedly technology, but actually seems to center around exposing to censure and possibly cost the jobs of people she doesn’t like.

In her article, “Meet the Woman Behind Libs of TikTok, Secretly Fueling the Right’s Outrage Machine,” Lorenz provided none of the standard newspaper-profile material—biography, personality, friends, interests—that might enable her readers to “meet” the woman in question. The only interviews she conducted were with the LGBTQ program director for the Hillary Clinton-shilling Media Matters and a so-called media strategist for the American Civil Liberties Union.

Instead, Lorenz simply handed her readers the woman’s name, as well as a link to her real-estate license number (she’s apparently a current or former real-estate saleswoman in Brooklyn) and an office or possibly home address (the Post later deleted that link). She also mentioned (quite gratuitously) the woman’s religion, Orthodox Judaism, which is the branch of Judaism that, in the minds of liberals, it’s acceptable to be anti-Semitic about since Orthodox Jews tend to vote Republican.

None of this information was the product of any real reporting by the Post reporter. As she admitted in her Post article, it had been fed to her by Travis Brown, a software developer who busts internet accounts to track “hate speech” for a nonprofit funded by the German government. Lorenz’s contribution was to drive to and knock on the door of a residence belonging to one of the woman’s relatives.

Lorenz’s Kleenex-thin justification for using Brown’s material to destroy the woman’s anonymity was that “[Libs of TikTok] has emerged as a powerful force on the internet, shaping right-wing media, impacting anti-LGBTQ+ legislation, and influencing millions by posting viral videos aimed at inciting outrage among the right.” Translation of these Media Matters talking points: Libs of TikTok has a lot of followers. Lorenz all but said: “Hey, New York State Real Estate Board—and Twitter: Cancel this woman right now!”

But mainstream journalism’s position seems to be that the Libs of TikTok lady deserved it. On April 21, NBC News contributor and Hofstra University journalism professor Kara Alaimo argued that Lorenz wasn’t really engaging in “doxxing”  because, well, it was all for a good cause.

“The [Libs of TikTok] account has called for teachers who come out to their students to be ‘fired on the spot,’ called people who don’t conform to traditional gender identities mentally ill, and accused people who teach children about LGBTQ identities of abuse,” Alaimo wrote.

Now you, dear readers, might be saying to yourselves: Actually, why shouldn’t teachers be fired on the spot for “coming out” in class—that is, using the taxpayer-subsidized time when they should be teaching fractions and spelling to talk about their own sexual tastes instead? Maybe supposed professionals who make videos of themselves at their places of business sporting trans-rights T-shirts and half-shaved heads really are mentally ill or at least somewhat mentally off. Maybe the masturbation-focused Kentucky woman who runs a “sexy sex camp” for 12- to 18-year-olds and whom Lorenz featured in her lead as a Libs of TikTok victim really is a kind of “predator.” And news flash to the journalism professor: The vast majority of Americans don’t want young children to be taught in school about “LGBTQ identities” or any other kind of sex-related matters. Some states have even made that against the law.

Even more fatuous has been the stance of the Poynter Institute for Media Studies, which prides itself on its supposedly neutral fact-checking operation and its ethics classes for aspiring journalists. In an April 21 column, Poynter staffer Tom Jones maintained that Lorenz had simply been “doing her job” by retailing Brown’s hand-fed material, functioning as a mouthpiece for Media Matters, and pounding on the doors of her target’s kin. (The phrase “shoe leather” to defend Lorenz’s reporting style has turned into a meme for Twitter’s blue-check crowd.)

“This is Journalism 101,” Jones wrote. “Has there ever been a journalist who hasn’t knocked on a door at least once in their career? Ever see ‘All the President’s Men’?”

Speaking of which, while the mainstream media’s reaction to Lorenz’s article might be one more nail in the coffin of public respect for journalists, the real culprit is The Washington Post itself. Which Post editors approved the posting of a thinly reported story whose only purpose was to reveal the name of someone its author had clearly targeted for cancellation? Who at the Post decided that it was all right to quote only two decidedly biased sources—and then use their assertions nearly verbatim as a justification for demolishing the anonymity of a private citizen’s Twitter account? (Media Matters has practically trademarked the phrase “right-wing outrage machine.”) Who gave the go-ahead to the initial link to the Libs of TikTok lady’s real estate license number and an address that might have been her home—a clear instance of doxxing? Why are Taylor Lorenz’s Washington Post editors continuing to insist that she did nothing unprofessional?

The Libs of TikTok story isn’t a story about investigative reporting or angry conservatives who don’t like it. It’s a story about the debasement of journalism itself these days.