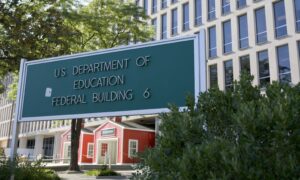 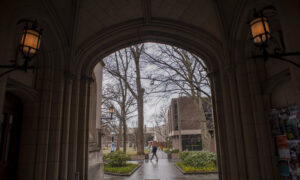 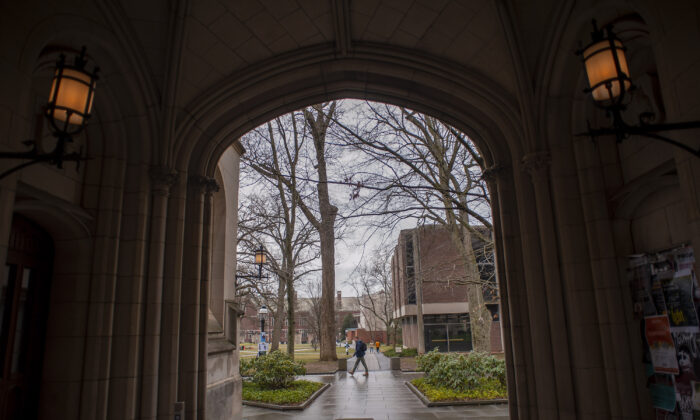 The Liberal Elite on Defense

Imagine yourself a young professional or nearly finished graduate student, a law school graduate about to take the bar exam or a humanities Ph.D. going on the academic job market, or an early-career psychology researcher eager to make a name in your field. The odds are heavy that you are white and slightly that you are female.

In 2018, according to the Survey of Earned Doctorates, 3,321 people who were U.S. citizens or permanent residents earned a Ph.D. in psychology, and 2,342 of them were white. The entire area of the humanities awarded 4,150 doctorates, 3,167 of them to whites. Overall, whites took more than two-thirds of Ph.D.s that year (24,951 out of 35,404), and women took a bit more than half the total. (These figures do not include temporary visa holders, most of them Asians, who collected another 17,604 doctorates from U.S. universities.)

You’re ambitious, and so are all the other upwardly mobile 20-somethings with whom you compete for jobs and status. You study late into the night, or if you’re a new professional, you don’t leave the office until eight or nine o’clock. The meritocracy can be heartless, your superiors having themselves climbed a steep cliff to reach their high positions and often showing little sympathy for younger cohorts. The only way to rise is to work harder than the others, over-prepare for meetings and duties, and lead your senior colleagues to regard you as an asset that makes their lives easier. And, of course, you have to make them believe that you’re very smart, just like they are.

But what does our young psychologist think when she reads a message from the American Psychological Association (APA) that renounces racial injustice and turns against itself with this charge: “We must also examine our role as a field and as an association in perpetuating these ills”? Another statement from the APA recites a pledge to “dismantle institutional racism over the long term, including within APA and psychology.”

She can’t help but wonder whether her race will disadvantage her in an already arduous ascent up the professional ladder. The clearest indication of institutional racism, we are told, is insufficient representation of black and brown minorities in the professional ranks. Our psychologist draws the obvious inference: Let’s hire and promote fewer white aspirants.

The same goes for young literature Ph.D.s, most of whom are also white, who read a recent statement from the Modern Language Association on “Deploring Systemic Racism” that has this insistent appeal: “We call on educational institutions to renew their commitment to actively undo structures that limit access by and hinder full participation of Black Americans and other nonwhite people at all levels.” They know what that means: another hurdle for white candidates to cross, and this one can’t be done by working harder and being smarter.

The insistence is spreading. I just looked up some agents for a friend working on a children’s book project and came upon this stipulation in the submissions page of one of them: “I am most actively looking for graphic novels and non-fiction for MG and YA readers, especially from BIPOC creators.” “BIPOC,” for those of you who don’t know, stands for “Black, indigenous, and people of color.” I take it that this signals what the presses are looking for, not what the agents decree.

My point here is not to oppose this urge for diversity, but to point out how differently it looks relative to one’s age. Awhile back I sat down to dinner with some humanities scholars, four of whom were established figures in their fields and one of whom was a 28-year-old with a Ph.D. from a renowned department but no regular job. She’d tried the job market for a few years and had landed only a temporary post-doc at an institution in New England. It was all unfair, she said, the way in which social factors had taken over hiring.

She was smart and had good pedigree, but she was white, as were 144 of the 183 doctorates granted in art history in 2018. But her dismay wasn’t directed at the policy of favoring under-represented minorities in hiring. It was, rather, the timing of it that bothered her. This process of diversification of the professors was good, she agreed, but it should have happened long ago, not now. She was fully in support of preferential hiring in order to correct a historical injustice; she had all the right liberal attitudes that academia requires. But why should she pay for the prejudices and biases of previous generations?

The others at the table liked her and sympathized, but had no lasting words of comfort. There was nothing to say. Nobody wanted to object to the final aim of boosting minority representation, and the others were many years older than her and in or nearing retirement, making it hard for them to connect with her experience. This was a generation gap.

You don’t hear from people like our post-doc in these discussions of institutional reform. It’s usually the persons at the top of elite schools and businesses and organizations that speak, the people in charge, college presidents and organization directors. They voice in solemn tones the necessity of “doing better.” They regret the dominance of white individuals in the upper ranks. They steer money and resources toward upgraded efforts of inclusion, such as the employment of more diversity officers.

But younger people in the fields add something else to the promises. They know that the people calling for and directing change are unaffected by the reforms they promote.

It’s a glaring but unspoken circumstance. Nothing those leaders approve will affect their working conditions. They’re secure and confident; they don’t put themselves forward as having anything at all to do with the problem. On the contrary, they claim to be essential to the solution.

In a letter dated Sept. 2, President Christopher Eisgruber told members of the Princeton University community that the campus is fraught with systemic racism. Princeton is dedicated to inclusion, he said, but “racism and the damage it does to people of color nevertheless persist.” He proceeds to lay out a plan to combat it. The plan includes outreach to nearby minority communities; adjusting the curriculum so that it specifically addresses victims of systemic racism; the hiring of more minority professors; anti-racism professional development; an annual Diversity, Equity, and Inclusion report; and so on.

Here’s what it does not include: any changes to existing personnel in Princeton’s leadership. No, Eisgruber does not conclude his letter in this way:

Princeton suffers from systemic racism. I have profited very well from this system. My continued presence at the top of the university is a clear denial of the very reforms that must proceed. There is no other course for me to take but to resign and ask that Princeton appoint a member of an under-represented minority group to take my place.

Of course, this is unthinkable. In the etiquette of the elite, the dedication to change is enough for one to maintain standing. Indeed, if one leader were to step down for this precise reason, it would pressure every other white leader to do the same thing. The logic would be consistent; the moral imperative obvious.

What’s really going on here is a defensive reaction by those who run the very institutions claimed to be unjust. You almost have to admire the audacity, the shamelessness, of people who’ve been in charge for decades stepping forward to declare the malevolence of the organizations in which they’ve triumphed. Why should we trust them? Because they say so, with palpable sincerity. But where have they been all these years? What have they been doing while systemic racism has damaged and dehumanized so many people? Well, they’ve been making their careers.

But let’s not go there. It’s an uncomfortable issue. They are earnest and caring now, eager to do the right thing, so let’s move forward.

I don’t think this tactic is going to work much longer. The sight of aged white dignitaries disowning white privilege, then retiring to their corner offices, may not be enough to satisfy protesters in their current state of ardor. A new diversity plan doesn’t impress them, not as much as a figure of white privilege taken down and a person of color chosen as replacement.

Identity politics have become more shrill, not less, and progressives who see the world through a racial lens are impatient. They disdain liberal ideals of colorblindness, and they certainly don’t respect people who occupy distinguished positions in prestigious institutions. Rather, they suspect them.

I will not be surprised if identity politicians take another leap toward the extreme, skip policy questions entirely, and go straight for personnel. We saw a case of this occur in 2017 at Evergreen State College when the president tried to engage with angry students and they shouted him down with obscenities.

The same thing may spread to other schools and businesses, to media and sports, foundations and governments and politics as the country enters 2021—especially if President Donald Trump has just been granted four more years.