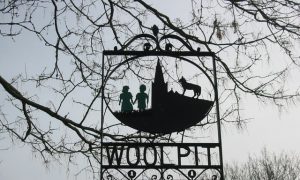 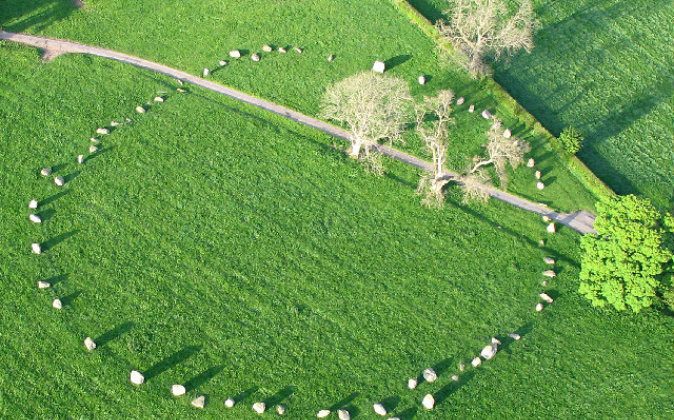 Despite their pervasiveness throughout the world, with thousands scattered across Britain and Europe alone, stone circles never cease to arouse awe and intrigue in those who gaze upon them. Perhaps it is the realization of the sheer effort that would have gone into their assembly, or the fact that, despite centuries of research, we are really no closer to unraveling their mysteries. Long Meg and Her Daughters, as it is curiously named, is one such stone circle, situated within a picturesque landscape in Cumbria, England, and steeped in centuries of folklore and legend.

While there are more than 1,300 stone circles in the British Isles, 18th century Cumbrian poet William Wordsworth wrote that after Stonehenge, Long Meg and Her Daughters “is beyond dispute the most notable relic that this or probably any other country contains.” His admiration for the stone circle is clearly expressed in his poem, “The Monument Commonly Called Long Meg and Her Daughters,” 1833:

A weight of awe, not easy to be borne,

Fell suddenly upon my spirit, cast

From the dread bosom of the unknown past

When first I saw that family forlorn..

Speak Thou, whose massy strength and stature scorn

The power of years—pre-eminent, and placed

Apart, to overlook the circle vast.

While Wordsworth may have been somewhat biased by his love for his native land of Cumbria, there is no doubt that the stone circle is something special. Long Meg and Her Daughters is the second largest stone circle in England, and the sixth biggest example known in Europe, and despite the fact that at least 3,500 years have passed since its construction, it has survived the passage of time extraordinarily well.

Long Meg and Her Daughters consists of 59 megalithic stones arranged in an oval shape measuring 100 meters on its long axis. Written records from the early 17th century suggest that there were as many as 77 megaliths at that time.

Long Meg is the tallest and most famous stone in the circle, measuring 12.5 feet (3.8) meters in height and situated 109 yards (25 meters) outside the circle positioned towards the southwest, where (when standing in the center of the circle) the midwinter sun would have set.

The monolith is of local red sandstone, quarried from the banks of the River Eden nearly 2 miles away, and is engraved with mysterious symbols, including cup and ring marks, a spiral, and rings of concentric circles.

MORE: One Woman’s 9-Year Arduous Journey to Unlock the Secrets of Crop Circles

Archaeologists suggest that Long Meg and Her Daughters was once used as a meeting place, at certain significant times of the year, possibly for religious rituals or ceremonies. It is known from the alignments that the Long Meg stones were involved in both solar and lunar predictions. However, exactly what the predictions were used for and what went on inside the circle thousands of years ago remains a mystery.

The Legend of Long Meg

According to folkloric stories going back many centuries, Long Meg was a witch named “Meg of Meldon,” who, along with her daughters, was turned to stone for profaning the Sabbath as they danced wildly on the moor. Some believe that from a certain angle, the Long Meg monolith even resembles the profile of a witch.

“Legend tells that the stones were originally a coven of witches, turned to stone by the Scottish wizard Michael Scott,” writes Mysterious Britain. “This legend is common throughout Britain with variation, stone circles have been petrified sinners, wedding parties and giants.”

Many say that the stone circle is imbued with magic and that it is impossible to count the same number of stones twice. If this is achieved, legend says that the wizard’s spell will finally be broken.

“Even today the stones have the power to attract worship, many of the trees surrounding the site have been used as the depositories of offerings,” writes Mysterious Britain. “On our visit many objects had been left dangling from the trees wrapped in cloth, their contents unknown, but one would hope not too sinister.”

YOU MAY ALSO LIKE: The Frightening Discovery of the Mount Owen Claw