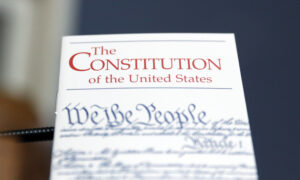 If America Falls Into Socialism It ‘Might Not Ever Recover:’ President of Historical Society
0
Share Now
TelegramFacebookTweetEmailTellMeWeReddit
Copy Link 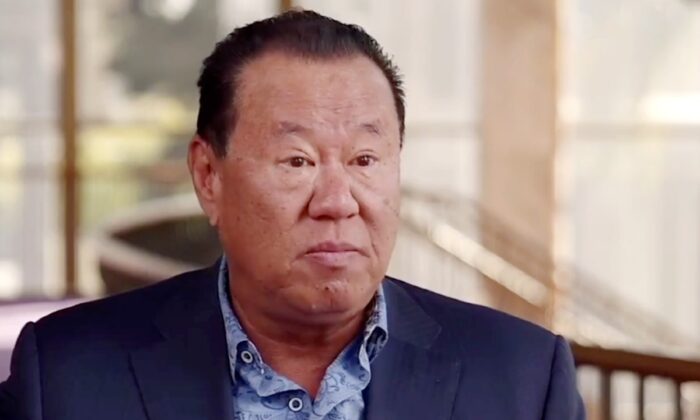 The Left With Its Socialist Ideology Tried to Stop People From Worshipping God but Failed: Pastor Che Ahn

Pastor Che Ahn, founder and senior pastor at Harvest Rock Church in California, said Marxist ideologies are driving the left to attack the church because since the founding of this nation, the church has been a voice against government control over the people and the country’s founding principles are a based in a belief in God.

“When the pandemic happened, I think a lot of what I would call left-wing governors, you can call Democrat or liberals, but I feel they’re more left-wing, I think they seized the opportunity to really control society and one of the areas that I think they really like to control is the church because historically, the church has been the most outspoken against government control in this country,” Ahn whose parents fled communist religious persecution in North Korea told The Epoch Times.

Since the pandemic Pastor Ahn has opposed restrictions on religious freedom and has led a legal battle against California’s violation of the first amendment and won a court case that reaffirms religious freedom for all Americans.

California has had the most severe restrictions in the nation for places of worship Including from March to May 2020, No Worship, May to July 2020, 25 percent capacity but no more than 100 people worship service and with no worship for over 90 percent of California.

More specifically in August 2020, California’s Gov. Gavin Newsom, a Democrat, created four Tiers, keeping 90-plus percent of the churches under a no worship ban, but allowed secular gatherings like large-scale protests like Black Lives Matter.

From August 2020 Ahn, staff, and parishioners faced daily criminal charges of one year in jail and $1,000 in fines every day that Harvest Rock Church remained open. The criminal prosecutor penned a letter in August threatening the church:

“This letter is to remind you that violations of these Orders are criminal in nature. Each day in violation is a separate violation and carried with it a potential punishment of up to one year in jail and a fine for each violation. … Any violations in the future will subject your Church, owners, administrators, operators, staff, and parishioners to the above-mention criminal penalties as well as the potential closure of your Church.”

Harvest Rock Church staff and members stood against these threats and unconstitutional mandates, risking criminal charges and fines. Ahn took his fight for religious freedom to the courts and after over a year won the case with the supreme court ruling, allowing all places of worship to open.

“But thank God that we chose to be open, defying [Newsom’s] orders because we feel strongly that the Constitution is the supreme law of the land, and no one’s above the Constitution, even our president or governor and the Constitution protects our right, not only for free speech but for us to assemble, to worship, and they will not interfere with a free exercise thereof,” said Ahn.

Ahn told The Epoch Times, that he thinks socialism is, “not about we the people so this whole ideological shift is taking place, and to me as a pastor, I see [the shift toward socialism] as a real “spiritual battle.”

“Marxism is a religion. Humanism is a religion, it is putting the human at the top instead of God,  and so, [socialism] will do everything possible to get people to reject worshipping the true God. That’s why we’re having such a battle in our nation against the values of our founding fathers who are mostly Christians and you know they had biblical values, Judeo-Christian values. So that’s why I feel that there is an assault going on,” said Ahn.

Ahn said not only did they win the case but their membership expanded after people heard about the Church standing up for religious freedoms. After the Feb. 2021 Supreme court ruling Pastor Ahn’s attorney Mat Staver, founder, and Chair of Liberty Counsel praised the ruling.

“Finally, Gov. Gavin Newsom’s total ban on worship has come to an end. A pandemic is no excuse for violating the Constitution. Until today, California imposed the most severe restrictions on places of worship. Not anymore. We will continue to press this case until religious freedom is totally restored,” Staver said.

Ahn will participate in The Epoch Times panel discussion “Defending the Constitution: Why It Matters Now More Than Ever” on July 19, which will be comprised of constitutional experts and rights defenders.

Ahn said during the panel discussion he will talk about his personal journey, including his family fleeing communism, to the process of winning the supreme court case.

“What I can bring is more my personal story of how we as believers, we believe in our First Amendment rights to worship in this country and when we got locked down how we knew that we had to take a stand,” Ahn said. “And so, I think that is my story, that there is hope that we do live in a great country but we have to fight for democracy. We have to fight for first amendment rights and really our constitutional rights and that is definitely worth defending.”