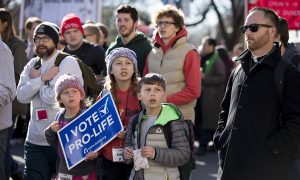 Why I Won’t Shout My Abortion
0 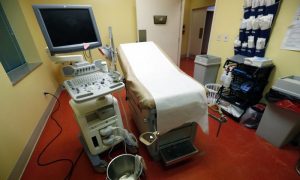 Abortion Extremism Unleashed: The Right to a Dead Baby
0 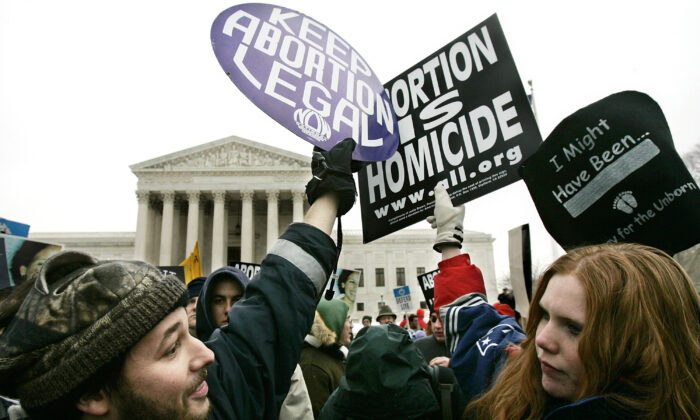 A recent New York Times article lamented the left’s loss of control over the abortion issue.

Despite recruiting women to “shout their abortions” and sending activists to invade kid spaces such as HiHo Kids YouTube channel with pro-abortion propaganda, a fractured and confused left is discovering that most Americans have a distaste for the ugly business of abortion.

The New York Times is right to be concerned about the growing number of states that have passed or are in the process of passing new laws restricting the abhorrent practice of abortion. It reported that states in the South and Midwest have passed 58 abortion restrictions. With the U.S. Supreme Court is slated to hear an abortion case in spring 2020, it puts Roe v. Wade advocates on notice. The future of legalized abortion on demand could be at stake.

At this point in history, our nation has record-low fertility and birth rates. In 2018, according to the Centers for Disease Control and Prevention, only 3.8 million births were recorded. This represented the fourth year of decline in fertility rates and births. All races and ethnicities were affected, but the impact on black Americans was greater than for any other group. Fertility rates among blacks are dropping, and they are disproportionately aborting more of their unborn babies than other groups.

Let’s pause to view the landscape. More than 40 years after the landmark Supreme Court cases of Roe v. Wade and Doe v. Bolton legalized abortion in the 50 states, we have reached a special moment in U.S. history. It’s one in which thoughtful Americans finally question the morality of a government-sanctioned industry that revolves around killing unborn babies and selling their fetal remains. Societal changes such as these please me, but I am perplexed by the nation’s silence regarding the racial and partisan dimensions of the abortion issue.

First, we should address attitudes that have been changing for a while. We got a glimpse of attitudinal change in May 2009, when Gallup Polls found that a majority of Americans described themselves as pro-life rather than pro-choice (the politically correct euphemism for pro-abortion).

Let’s muse on what brought about this change. Was it the sudden awakening of a culture of life accelerated by the 2008 election of President Barack Obama, who sought to expand liberal abortion laws? Maybe so. Under Obama’s influence, Americans watched the federal government change its position on the funding of overseas abortions (Mexico City Policy) when he issued an executive order authorizing funding. Another government change came in regard to a loss of job protections for health care workers who had conscientious objections to participating in abortion procedures or being forced to supply their employees with abortifacients.

Many of us had a particular distaste for the Obama administration’s strong-arming of the Little Sisters of the Poor as they fought valiantly against government rules aimed to force them to violate their sacred vows. The Little Sisters eventually won a 2016 Supreme Court case exempting them from having to offer the morning-after pill and other contraceptives to their employees.

American attitudes toward abortion also have been influenced by heinous cases such as Philadelphia abortion doctor Kermit Gosnell’s 2013 conviction for killing three babies born alive, as well as his involuntary manslaughter conviction for the death of woman who had had an abortion.

We have reached the point that the debate is no longer about whether a human life is being snuffed out. New technologies allow doctors and parents to peer into wombs where we can watch unborn babies suck their thumbs, smile, and seemingly perform some interesting acrobatics.

Our society now has a greater appreciation for the contributions of children with special needs, such as those born with Down syndrome. We were first introduced to then-Alaska Gov. Sarah Palin’s son Trig, who has Down syndrome, during the 2007–2008 presidential campaign cycle, when John McCain picked her as his running mate. More recently, many have seen and enjoyed “The Peanut Butter Falcon,” a delightful 2019 film about a young man with Down syndrome who escapes life in an institution and achieves his dream of becoming a wrestler.

In many ways, the abortion issue has a partisan slant with a glaring racial tinge. Despite all the accusations of white supremacy hurled against President Donald Trump and his white supporters, it’s the Democratic Party that embraces its status as the party of abortion and women’s reproductive rights—a euphemism for abortion.

It has long been known that Planned Parenthood’s clinics are disproportionately located in minority communities. Black women have the highest abortion rate in the nation with 27.1 per 1,000 women compared to 10 per 1,000 for white women. In some parts of the nation—New York City, for example—more black babies are aborted than are born alive.

The Wall Street Journal’s Jason Riley in 2018 reported abortion statistics for black women in New York City and for the nation. According to Riley, NYC Health Department data from 2012 to 2016 showed that black mothers terminated 136,426 pregnancies and gave birth to 118,127 babies. Nationally, black women, who make up 13 percent of American females, receive 36 percent of abortions.

At what point does abortion in the black community become a civil rights issue begging black ministers and politicians to champion? As I read The New York Times’ headline, “How a Divided Left Is Losing the Battle on Abortion,” I hope it means the left is losing its battle on behalf of abortion. If the left loses and abortion becomes rarer and more difficult to get, the American people will be the winners. Certainly, black people will be among those who benefit.

Meanwhile, it’s time for leftist organizations that love animals and trees more than they love humans to finally confront the contradictions of who they say they are and what they think and do. In the church world, this is known as a come-to-Jesus moment. In the secular world, I’m not sure what it’s called. I just know an awakening is badly needed.