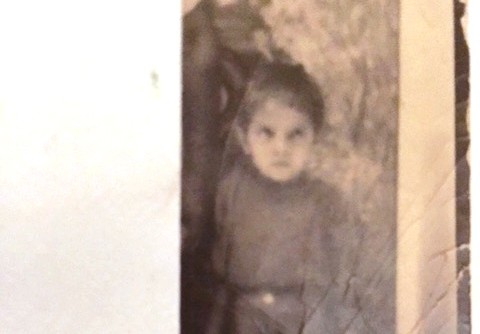 My life began in 1945, but not precisely at birth. I was a large baby and my mother was small which led to great difficulties for us both. I got stuck on the way out, unable to breathe and ended up as a “blue baby”. When the midwife finally managed to get me out, she told my mother, “the baby is dead,” tossed aside the lump of flesh and proceeded to take care of my mother who was bleeding excessively.

Due to the unexpected difficulties, a doctor was summoned to assist. He arrived at the same time I did and verified that I was deceased. My mother kept staring at me through tearful eyes and saw a finger move. She screamed, “He’s alive!” The physician and midwife using antiquated CPR practices eventually restored my normal breathing.

The troublesome birth may be what has led to years of health problems, highlighted by severe seizures which made me flop around like a fish out of water.

Several times, during or after a seizure, my father would run a mile or so to the hospital with me in his arms only to hear, “It is too late.” He of course would tell them that I had done this before and all he wanted was a little help or a way to stop the events. I often wonder why they bothered consulting doctors since they had no idea of the cause or how to treat the seizures.

Since the doctors had no clue, they told my mother that eventually I would not resuscitate and was unlikely to reach the age of seven. Because of that ominous prediction, and her very strict Catholic upbringing, she opted to recruit the Church to take a hand in my salvation.

She made a vow to let her hair grow and wear a (nun’s) habit for seven years in the hope that divine powers would save me. Unfortunately, she included me in the vow even though I was an infant and had no say. Therefore, my hair would not be cut and I was dressed in a habit (actually, a brown dress tied at the waist with a tasseled rope.)

The years passed, and my hair grew long and was tied in pigtails. Though the seizures became less frequent, my many restorations became a family legend of the boy that would not die.

I do not remember the childhood resuscitations except for one. The revivification at the age of five was the last pre-teen interruption of a one-way trip on the river Styx. After a very arduous day of seizures and fevers, the doctor told my mother that I would not live through the night.

The family gathered at my home for a deathwatch. I did not disappoint. Sometime during the night after the most violent attack, I stopped breathing. The doctor covered me with a sheet, candles were lit, and the wailing and prayers began. The cacophony of wails and lamentations apparently frightened me back to life. I threw off the sheets and ran out the door.

The vow still had a couple of years left.  Here I was, a boy with pigtails wearing a dress (an ugly one at that) and infinitely embarrassed. I bloodied many a nose and lips defending my dignity. Since my fighting skills did not match my rage, I bled myself a few times. Sometimes, when strangers praised me as “such a cute little girl” I would angrily respond by lifting the damn robe, exposing myself and screaming, “I’m a boy!” By the way, when I became a little more sentient, I insisted on wearing pants under the habit.

My childhood sickly and dying days were all on my home island. The family eventually moved to the mainland and my teen years proved almost as hazardous. During a gymnastics meet, I attempted a somersault, landed on my head and was comatose for three days. At 16, I woke up paralyzed from the waist down—cause unknown. I survived four bouts of pneumonia, the full spectrum of childhood ailments, horrific near fatal accidents, and being on a plane hit by lightning.

When I was drafted and sent to Vietnam, I wondered if my death-defying aura would protect me from bullets, grenades, or bombs. I escaped unscathed while many of my friends did not. I was also a Deputy Sheriff for 25 years and avoided serious injury.

In the 90’s, I joined a longevity study run by the National Institutes of Health (NIH) in Johns Hopkins Hospital. The study required me to visit the hospital every three years and stay for three days. Studies included MRIs, heart & lung screenings, mental acuity tests, bone density tests, gait tests, and a host of others.

Since the 90’s I have been prodded and tested by dozens of doctors but never thought of seeking an explanation for my Lazarus effect.

Two visits ago, I asked. They were not astounded, nor surprised at my story except for the frequency of near death events.

There are stories of children who fall through ice and are under water for hours, yet they recover with no adverse effects. The traumatic shock forces their metabolism to slow down and the heartbeat almost stops but not totally. The oxygen remaining in their lungs is doled out slowly with the brain getting priority.

The doctors explained that the same thing happens to children who cry so much they cannot breathe and the body shuts down to biologically “re-boot”. The body relaxes and when settled comes back to life before much harm is done. The same is possible with severe seizures.

The most recent resurgence occurred this year. Despite all the testing during the NIH study and efforts to maintain a healthy lifestyle, I still suffered a massive heart attack and flat-lined twice. I was in a coma for six days. Doctors and family discussed “pulling the plug” but my history of reanimations gave them pause.

Most of the younger family members had heard the stories but on May 16, they witnessed the Lazarus act themselves. This time however, I believe their caring, attention, and support were the prime reasons for my survival.