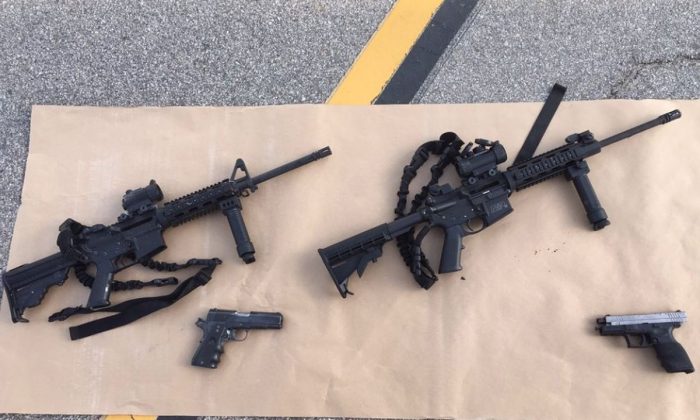 The FBI has not said what it was looking for in a raid early Saturday at the home next door to where San Bernardino shooter Syed Farook’s family used to live in Riverside, California.

Neighbors say authorities with guns drawn broke windows and used a cutting torch to get into the garage. A neighbor says an old friend of Farook’s is the person that lives in the house.

A law enforcement official says that more than three years ago, that person bought two assault rifles later used in the shooting, but authorities haven’t been able to talk to him because he checked himself into a mental hospital after the attack. The official was not allowed to discuss the investigation publicly and spoke on condition of anonymity.

The FBI has said the man is not a suspect in shootings, though they want to question him.

Meanwhile, the White House says President Barack Obama will address the nation from the Oval Office at 8 p.m. Eastern Time on Sunday about the steps the government is taking to keep people safe after the attack this past week in California.

Obama will provide an update on the San Bernardino attack that killed 14 and wounded 21 and will also discuss the broader threat of terrorism. He will talk about the nature of the threat, how it has evolved, and how he plans to defeat it.

He will talk about his determination that the Islamic State group must be destroyed. And he will make the case that the United States must draw the nation’s values – its commitment to justice, equality and freedom – to prevail over terrorist groups.