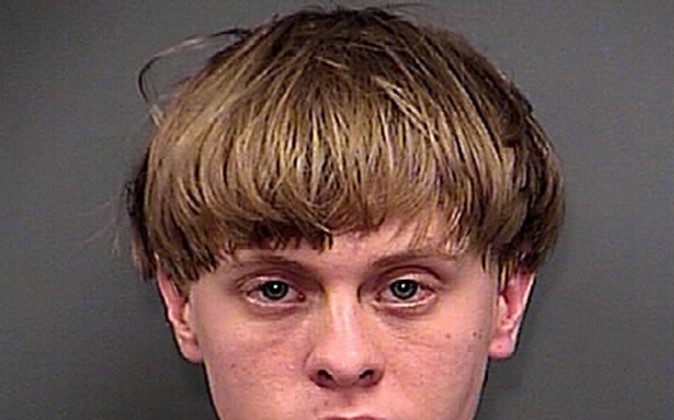 The Latest on the federal death penalty trial of Dylann Roof, who was convicted of killing nine black people during a South Carolina church Bible study (all times local):

A federal jury has convicted Dylann Roof in the racially motivated slayings of nine black church members in South Carolina.

The jury reached its verdict after less than two hours of deliberations. They convicted the 22-year-old white man of hate crimes and other charges.

They will reconvene next month to decide whether he should get the death penalty or be sentenced to life in prison.

Roof just stared ahead as the verdict was read, much as he has throughout the trial.

Jurors have reached a verdict in the federal death penalty trial of a man charged with killing nine black parishioners during Bible study at a South Carolina church.

The verdict will be announced soon on the guilt or innocence of 22-year-old Dylann Roof.

The jury of nine white people and three black people deliberated less than two hours before returning a verdict. Roof faces 33 federal charges, including hate crimes and obstruction of the practice of religion.

If they find Roof guilty, the same jury will return Jan. 3 to consider if Roof should be sentenced to death for the June 2015 attack at Emanuel AME Church in Charleston.

He is slated to face another death penalty trial in state court early next year.

The jury deciding whether Dylann Roof is guilty of killing nine black worshippers at a Charleston church wants to rehear part of his videotaped confession.

The jury sent a note to U.S. District Judge Richard Gergel about an hour into their deliberations asking to listen again to Roof being questioned and talking about how many people he might have killed.

Roof told FBI agents he killed about five people, and was later surprised when the agents told him nine people were shot and killed in June 2015 at Emanuel African Methodist Episcopal church.

Gergel decided to set up the two-hour confession where jurors could watch as much or as little as they wanted to.

The jury is made up of nine whites and three blacks.