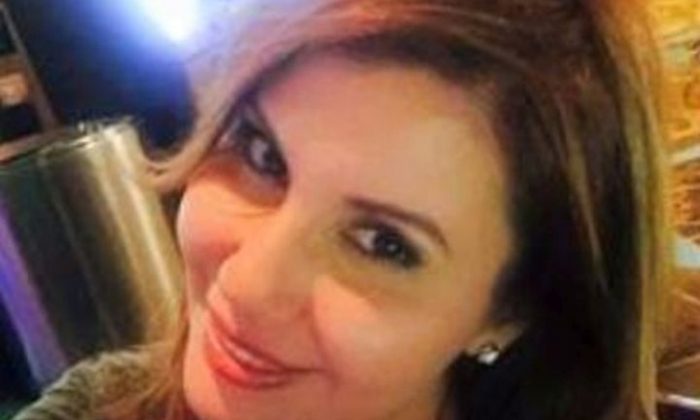 This undated photo of Lisa Marie Naegle was provided by her family to police and news media as they and authorities seek the public's help in locating her. Naegle, 36, was last seen leaving a party in Torrance, Calif. Police on Tuesday, Dec. 20, detained a man for questioning in the disappearance. (Courtesy Naegle Family via AP)
US

The Latest: Body Believed to Be Missing TV Show Contestant

The Latest on the disappearance of a former reality TV show contestant (all times local):

Authorities say they have found a body in a backyard they believe is that of a former reality TV show contestant who vanished over the weekend.

Los Angeles police say the body discovered Tuesday at a home in unincorporated Lennox is believed to be that of 36-year-old Lisa Marie Naegle of San Pedro.

Family members say she was seen getting into the car of an acquaintance before dawn Sunday after attending a birthday party at a Torrance beerhall.

Police arrested the acquaintance, Jackie Rogers, Tuesday on suspicion of murder. Authorities say he told investigators that Naegle’s body was at his home.

It’s unclear if he has a lawyer.

Naegle was a registered nurse who taught at a local college. Relatives say Rogers was one of her students.

Police haven’t released the motive for or cause of her death.

Los Angeles police have arrested a man for investigation of murder and are searching his home for the body of a former reality TV show contestant who went missing over the weekend.

He was arrested Tuesday. Police spokesman Tony Im says he told investigators that Naegle’s body was at his home in unincorporated Lennox.

Naegle, who is 36, vanished after attending a friend’s birthday party at a Torrance beerhall.

Her family tells the Torrance Daily Breeze that video showed Naegle leaving the hall with Rogers.

Naegle was a losing contestant on the 2010 show “Bridalplasty.”

Los Angeles police are questioning a man in the disappearance of a one-time reality TV show contestant who vanished this weekend after leaving a Torrance bar.

Authorities confirm that the man is being detained but they won’t confirm family accounts that he was videotaped leaving the bar with Lisa Marie Naegle before dawn Sunday.

Relatives say the man is in a college nursing class taught by Naegle, who’s an RN. She was a losing contestant in 2010 on the show “Bridalplasty.”

Naegle had gone to a friend’s birthday party on Saturday night at Alpine Village in Torrance.

Her husband, Derek Harryman, tells the Daily Breeze of Torrance (http://bit.ly/2hoAMJ5 ) she called him after 2 a.m. Sunday to say she was going to get food and come home but she never arrived.