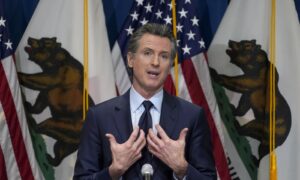 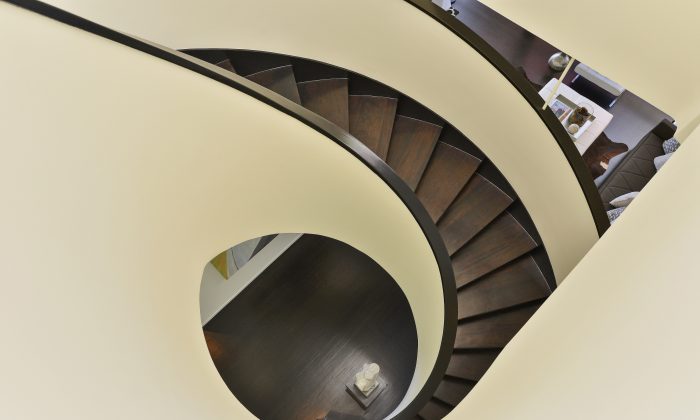 It’s an uncharacteristically sunlit afternoon, without a cloud or trace of fog to mar the endless blue sky in San Francisco. Standing outside 2610 Scott Street, looking onto what can be considered an architectural landmark, or at the very least, a significant home in the annals of Bay Area architectural design, one is struck with a feeling of childlike anticipation.

Few homes in the area boast a pedigree like this 4,600-square-foot 3-level midcentury gem, a spectacular convergence of design, location, and functionality. It was conceived by none other than the esteemed Bay Area architect Joseph Esherick. Esherick was awarded the AIA Gold Medal in 1989 and responsible for such landmark work as the Monterey Bay Aquarium, the Cary House in Mill Valley, and the Sea Ranch—a community of homes 120 miles north of San Francisco set on miles of rocky coastline.

Esherick, like his contemporaries Bernard Maybeck, William Wurster, and Gardner Dailey, represented a uniquely Bay region tradition of constructing homes to fit the environment, which is at odds with the East Coast architectural establishment, where ornamentation and theory were emphasized over practicality and locale.

Built for Niels and Jeanette “Tito” Larsen and their son Niels, the Larsen house answered both form and function, with emphasis on the latter.

Mrs. Larsen served on the board of the Modern Art Council, was a collector of midcentury art, and needed a space that was as cultivated as her collection, where she could showcase her prized possessions. Her nickname, Tito, came from Tito Schipa, an opera singer with the San Francisco Opera in the 1940s and 1950s, reflecting her passion for the arts and opera.

In an interview with the University of California, Berkeley, in 1996, Escherick recounts his experience with the Larsens.

“They were great fun to work with. And working with a knowledgeable contractor is always a joy,” he said. “Nils [sic] Larsen was a builder, and a very good builder, a big, tough, roughneck Scandinavian. Tito Larsen was very Italian. He always used to refer to her as ‘the Italian.’ She’d want something, or I’d have a question, and I’d call him up and he’d say, “Well, what’s the Italian want?”

“Basically, what she wanted, as far as I could see, was a spiral staircase. The house is very simple. It’s a stucco house, very formal.”

In Marc Treib’s book on Esherick, called, “Appropriate: The Houses of Joseph Esherick,” Treib writes, “At this time several urban projects in the office investigated the articulation of the box on a confined site. Still relying on planning strategies that packed the box, the functional areas were beginning to speak more assertively on the exterior of the building. … They relied more on the rituals of living rather than a regard for materials and style alone.”

Describing the Larsen house, Treib writes, “Here the three floors were intertwined in a more involved way, less a simple vertical shaft than one that interlocked the spaces from several floors.”

A Work of Art
The picturesque surroundings lend as much to the overall appeal of this living space as the design. Firmly planted in the upscale and highly sought-after Pacific Heights neighborhood, with its eclectic mix of Victorian, Mission Revival, and Edwardian homes, among other styles, and gently rolling tree-lined streets ending in arresting panoramic views of the San Francisco Bay, from the Marin Headlands to Alcatraz Island and beyond, overlooking the Palace of Fine Arts, Presidio, and Golden Gate Bridge, it’s an ideal setting to display Esherick’s creation. World-class dining and entertainment can be found on bordering streets, such as Fillmore, Sacramento, and Union. Lush, family-friendly parks such as Lafayette and Alta Plaza offer respite from the hectic pace of city life.

As you make your way to the front door, you are greeted by a lovely garden, serving to transition one from the city streets to the personal oasis that awaits inside. Details like Steuben crystal knobs punctuating an imposing 14-foot glass door signal that no expense was spared in ornamenting the original design.

There’s an almost gallery-like quality to the interior, with its soaring 14-foot ceilings capping off stark white walls that create a striking contrast to the ebony flooring, suggested by Mrs. Larsen herself. Full-length windows in all directions allow light to pierce every corner of the home and illuminate all the treasures within with a golden glow.

Gliding through the entry hall toward the living room, one is awestruck by the curvilinear structure that unfolds before the eyes, drawing you ever closer with its captivating lines—a magnificent spiral staircase, seemingly suspended in midair. Streaming rays from the 40-foot skylit opening above beckon you to explore the second floor.

Catering to the inevitable dinner parties and social hours that a house like this would demand, Mr. Esherick created two massive living areas, both on the main and second levels, each with its own wet bar, enclosed storage, and wood-burning fireplace, making it easy to move from entertaining guests in a more formal setting, to losing oneself in quiet repose in a private sanctuary.

Both living areas feature floor-to-ceiling sliding-glass doors that open onto a balcony the length of the room, boasting sublime views of the bay, a seascape highlighted by Alcatraz Island and dotted with white sails. The unending walls of glass lend an indoor-outdoor quality to the space, allowing occupants to enjoy the surroundings without suffering the elements. This aspect alone is so enchanting it almost eclipses the home’s provenance.

Downstairs, the custom kitchen with Aga Range flows from formal dining room to living space without interruption. Two lower bedrooms, office, wine cellar, and elevator round out the well-appointed amenities in this historic 4-bedroom, 3.5-bath home.

Joseph Esherick’s very modern ethos of shaping design with functionality and presentation with purpose allows the masterwork he created at 2610 Scott Street to easily transition from midcentury needs to those of the future and beyond, making it as livable in 2015 as it was when it was first conceived in 1962.

It’s apparent, by looking around at the diverse group of admirers that have come to experience the Larsen house firsthand, that Esherick’s work will remain not only an exemplar for Bay Area midcentury design, but that of the architectural sphere at large for years to come.