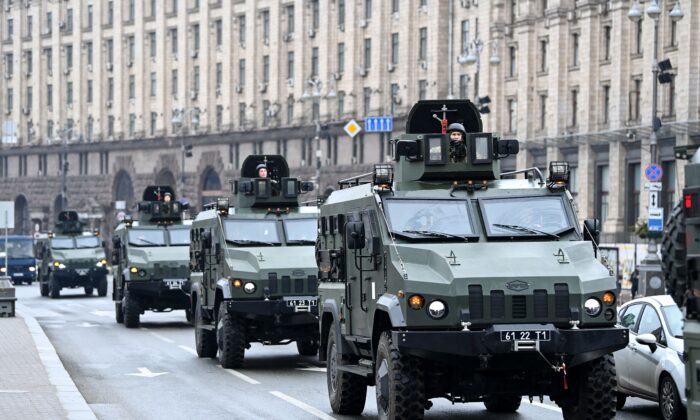 The Language of Power

Watching the tragedy unfolding in Ukraine, I’m stunned by the shallow immaturity of much of the commentary, and the complete failure on the part of so many in the Biden administration, and on the progressive left, to understand the language of power.

I’m watching and listening to rank nonsense about this conflict, and I have to go back and read Machiavelli to get a clear picture of what’s going on.

Let’s begin with some of the nonsensical punditry. Here’s The New York Times describing the flight of Ukrainians in the face of an imminent Russian attack, “Video images of the large numbers of Ukrainians on the move show understandably few signs of face coverings, even as the country is just getting past a record high point in its infection rate.”

Now let’s turn to Joy Behar, who confessed on “The View” that she’s more than a little upset with Russia’s invasion of Ukraine. She has come to realize that this could disrupt things all over Europe, and you see, she has been planning an Italian vacation. She’s been waiting to do it for a while now, prevented because of COVID, and just when the COVID cloud started to lift—well, this! Behar’s implication is that Putin is woefully insensitive to her travel plans. Couldn’t the guy have planned this for after she got back from Palermo?

Then there are all the people who attempt to read the Russian invasion through the lens of identity politics. One commentator notes that Putin is only getting away with this because he’s white! Hey, if Putin were black or Latino, it would be an entirely different story. Putin, in this view, is an unjust beneficiary of white privilege!

When I read this sort of thing, I think of the saying, “When all you have is a hammer, everything looks like a nail.”

The younger generation, especially, seems very intent to lecture Putin on his lack of sensitivity and human feeling and to instruct him in how they and others feel about his latest actions. All this emotive rubbish seems to assume Putin is the woke graduate of some effete American university and cares how you feel, or how the Ukrainians feel, or how “the world” feels. If you read Machiavelli, you’ll realize that he doesn’t.

Even at the higher levels of the U.S. government, we get rank inanity. Climate czar John Kerry, as late as Feb. 23—on the eve of the Russian assault—offered this piece of Solomonic wisdom. Northern Russia, he said, “is thawing.” As for Putin, “his infrastructure is at risk. And so I hope President Putin will help us to stay on track with respect to what we need to do for the climate.” Putin could address this concern by introducing a recycling program when he takes over the Ukrainian capital of Kyiv.

As a final example, Defense Secretary Lloyd Austin says the United States is figuring out how to train Ukrainian troops “remotely.” I’m not remotely convinced by this. When the Russians are attacking with planes, tanks, and heavy artillery, I’m not sure what tactical advice our woke military leaders can provide the Ukrainians on a Zoom call. We should have planned for this long ago and devised a resistance plan commensurate with what the United States was willing to do to save Ukraine from being gobbled up by the Russian bear.

In a speech he gave in 2015, the realist foreign policy analyst John Mearsheimer—himself an astute student of Machiavelli—warned that Ukraine was on its way to being “wrecked,” and the United States and its allies, he said, were pushing Ukraine closer toward the precipice. His analysis is extremely pertinent today, so I’d like to flesh out his argument a little further.

Mearsheimer’s point is that Ukraine, a small country on the edge of a big country such as Russia, is always vulnerable to being devoured. Russia might be dissuaded from taking such an action, but it would surely do so if it considered Ukraine to be a hostile power, and even more so if Ukraine made common cause with Russia’s adversaries outside the region. Therefore, Mearsheimer suggested, it would be prudent for Ukraine not to do that, not to poke the Russian bear in the eye.

Yet, according to Mearsheimer, this is precisely what a hubristic American and European elite have been encouraging Ukraine to do. By even suggesting that Ukraine might be invited into the NATO alliance, and giving Ukraine the idea that it can be part of a winning team against a large but faltering Russia, the West has given Ukraine an illusory confidence that it can take on the Russians, and if there’s trouble, the West stands ready to protect the country.

But this—Mearsheimer warns—is where realism kicks in. In reality, neither the United States nor Western Europe has any appetite to send troops to rescue Ukraine. When the fighting begins, the Ukrainians are going to have to go it mostly by themselves. Sure, the West can send over some lethal aid, but even such aid can do little to protect a tiny country like Ukraine from a giant Russian aggressor. The most prudent intelligence estimates say Ukraine can only hold out for a few days.

So who’s to blame for the Ukraine disaster? Putin, primarily, because he’s the aggressor. But a realistic, which is to say Machiavellian, analysis also places some of the blame on a Ukraine that thought it could escape the rules of power politics, and an irresponsible Western leadership elite that sustained Ukraine in that dangerous illusion.

Mearsheimer is proving right: Reality can be ignored for a while, but the consequences of ignoring reality cannot, in the end, be ignored.