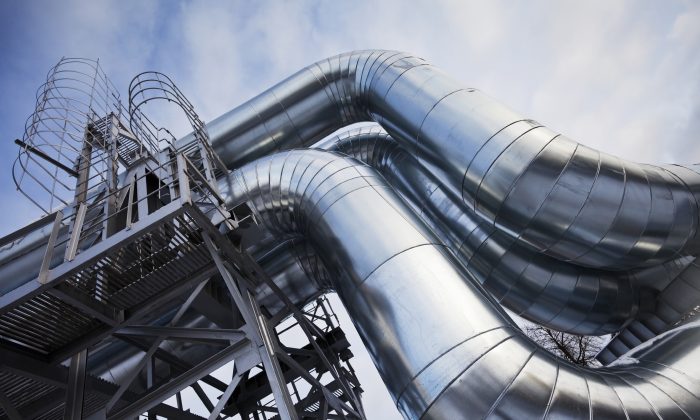 President Barack Obama’s rejection of the Keystone XL pipeline was virtually a foregone conclusion well before he announced it.

Just as the prolonged debate about the pipeline was far more a matter of symbolism than substance, so too are the likely consequences of this decision.

At the same time, investment in energy infrastructure of all kinds remains a critical need. Reducing the environmental and climate impacts from energy will require significant investment in fossil fuel and carbon-free energy sources.

The rejection of this pipeline should not obscure the fact that in order to address climate change, our country needs to greatly upgrade the infrastructure behind the energy that fuels our society.

The rejection of this pipeline should not obscure the fact that in order to address climate change, our country needs to greatly upgrade the infrastructure behind the energy that fuels our society.

In view of the dramatic increase of U.S. production of oil from shale and tight formations by hydraulic fracturing, the oil sands liquids from Canada that Keystone XL would have transported are certainly not the first choice for supplying America’s petroleum needs.

The environmental consequences and carbon dioxide (CO2)  footprint, both of production from the oil sands and of subsequent processing and utilization of the product, are somewhat worse than those of the lighter crudes being produced as a result of the U.S. shale revolution.

Nevertheless, the incremental impact of the oil to be moved through the Keystone XL on U.S. greenhouse gas emissions would have been marginal at best.

It’s also worth noting that the presidential rejection of the pipeline is no guarantee that these resources will not be developed by Canada, nor that they will not be transported to the United States by other routes or by less desirable means such as railcars.

There are those who believe that we need to get off fossil fuels cold turkey in order to combat climate change. A portion of their strategy is to block the development of any new infrastructure that would enable continued use of fossil fuels.

Keystone XL took on iconic meaning as part of that strategy as well as for broader concerns about the environmental consequences of fossil fuel production, transportation, and use.

The danger of the president’s rejection of Keystone XL is that it will be taken as a rejection of investment in the infrastructure of fossil energy.

The danger of the president’s rejection of Keystone XL is that it will be taken as a rejection of investment in the infrastructure of fossil energy.

Now that the overblown debate about Keystone XL is over, we need to return the discussion to the substantive ways that we can meet our energy needs while addressing daunting emissions and climate challenges.

Make no mistake, we need to move aggressively to reduce carbon emissions from both stationary power generation and from transportation, the dominant contributor to our oil consumption. The Clean Power Plan, which regulates CO2 emissions from power plants, and the higher fuel efficiency standards for cars and trucks championed by the Obama administration are vital steps.

Both recognize the reality, however, that we will continue to use fossil fuels for decades to come. Investment in energy infrastructure is not an either-or proposition of fossil versus renewables. We need both.

Investment in natural gas power plants and pipelines is a good example. Switching from coal to natural gas will be critical to meeting the goals of the Clean Power Plan for many states, but will in many cases require the construction of new power plants rather than retrofitting old ones.

Killing Keystone XL, Obama Says Pipeline Not in US Interests

We also need to invest in the gas pipeline infrastructure, both to fix the leaks in the existing infrastructure that release methane, a potent greenhouse gas, and to expand our pipeline network for wider use of natural gas in electricity and heat generation.

It would be a capital error if the Keystone XL decision were to become a rallying point for rejection of all further fossil resource and infrastructure development.