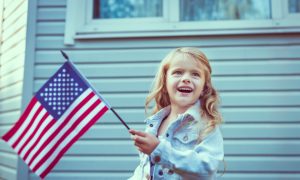 Beyond Barbecues: Teaching Your Kids About the Fourth of July
0
Share Now
TelegramFacebookTweetEmailTellMeWeReddit
Copy Link 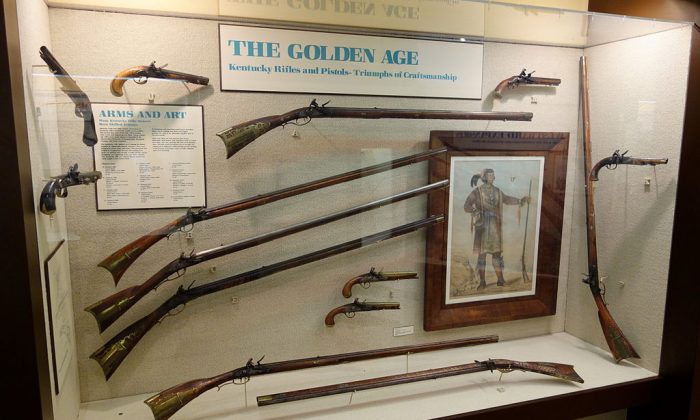 Without firearms, there would have been no independence or liberty to celebrate on the Fourth of July. The most famous firearm of early America—the iconic Pennsylvania-Kentucky rifle—was created by American freedom and became central in the preservation of that freedom.

In the days when the British ruled the American colonies, almost all the firearms in the UK were smoothbores. That is, the bore (the interior of the barrel) was smooth. Smoothbores are well-suited for bird-hunting and other short-range uses. Although their accuracy beyond 50 yards is poor, smoothbores were good enough for European-style fighting among standing armies. Rather than taking aim, soldiers just fired in the general direction of the closely packed ranks of enemy troops. Today, the most common smoothbores are shotguns.

Unlike smoothbore muskets, rifles have spiral grooves (rifling) cut in the bore. The grooves make the bullet spin on its horizontal axis, so the bullet’s flight is more aerodynamically stable, and thus superior for longer-range shooting. Since the late 15th century, rifles had been made in the mountainous regions of southern Germany and northern Switzerland. But they hadn’t caught on in Great Britain.

Early in the 18th century, rifle-makers from Germany and Switzerland began settling in Pennsylvania, in the Lancaster area. America was attracting skilled craftsmen immigrants who wanted to set up their own businesses, free from the repressive controls of the homeland.

In the UK or Germany, gunmakers usually had to belong to a trade guild. Entry into the guild was constricted. Guilds, as with other limits on suppliers, create oligopolies that reduce supply to consumers and increase profits to the limited number of suppliers. But in guild-free America, gunmakers could manufacture affordable arms for as many customers as they could find. The absence of guilds was one reason for the prevalence of guns in the American colonies.

Thanks to the tolerant vision of William Penn, the colony of Pennsylvania offered everyone religious freedom. When George Hanover, a German prince, became King George I of Great Britain in 1714, many German-speaking gunsmiths decided that the time was right to emigrate to America. In Pennsylvania, the émigrés wouldn’t be forced to join the government-established Lutheran or Catholic churches of the German states.

The Pennsylvania rifle-makers initially produced the Jaeger model, which they had made in central Europe. The demands of the American market led to the creation of a new type of rifle, the first distinctively American gun: the Pennsylvania-Kentucky rifle. Pennsylvania was the primary place where it was made, and Kentuckians became the most famous users. Originally, “Kentucky” referred to an area extending from southern Ohio and Indiana all the way to northern Tennessee.

The Pennsylvania-Kentucky rifle was longer than its European ancestor. The long barrel improved balance, and helped the user obtain a more accurate sight of the distant target.

While European rifles generally had a caliber (interior bore diameter) of .60 or .75 inches, Americans preferred a smaller caliber, usually around .40 to .46, and sometimes as low as .32. A smaller caliber meant smaller bullets. One pound of lead will make 16 bullets for a .70 caliber gun, and 46 bullets for a .45 caliber. With the smaller caliber, a person on a hunting expedition that might last for weeks or months could carry a greater quantity of ammunition.

Riflemen were careful to learn the exact quantity of powder their rifle needed, so that no powder was wasted. They could then adjust the quantity as appropriate, such as adding more powder for an especially long shot. Among America’s riflemen, “a cult of accuracy” developed, according to Alexander Rose’s book, “American Rifle: A Biography.”

Over the 18th century, knowledge of rifle-making was diffused nationally, as apprentices who trained in Pennsylvania moved to Maryland, Virginia, the Carolinas, and other colonies.

Long-distance shooting contests were major events in rural communities. Everyone was expected to be a master of precision shooting—not just for prestige, but also for dinner. For example, in squirrel shooting, a shot to the center of the body would ruin much of the meat. So Americans could “bark” a squirrel: shooting just under the tail to knock the squirrel off a tree branch, making the squirrel fall to the ground intact.

As the most accurate firearm produced up to 1800—and not surpassed for accuracy until well after that—the Pennsylvania-Kentucky rifle was ideal for hunting mammals and for the irregular tactics of Indian-fighting. Indians preferred the rifles for the same reasons. It fit the forest.

Rifles were important on the frontier and were common west of the Hudson River. Until the Revolution, they were rarely seen in New England, where smoothbore muskets continued to predominate.

For European-style fighting, rifles had several disadvantages compared to shorter, sturdier muskets. First, rifles needed more labor to produce and were consequently more expensive. Second, they took longer to reload. Under optimal conditions with expert use, the maximal rate of rifle fire was about three shots per minute, compared to four or five for the musket. Third, rifles were too delicate to use with a bayonet.

A bayonet is a dagger or other straight knife that is attached to the front of a gun. The word comes from Bayonne, France, the bayonet-manufacturing capital. In a typical European battle, fought with linear tactics, musket-armed infantry lined up three-deep in rows. Without bothering to aim at a particular target, the first row would fire a volley at the opposing army. The first row would then step to the rear and begin reloading. The second row would step forward, and fire its volley. The three-row cycle made it possible to fire a volley every several seconds.

Eventually, one army would march quickly toward the enemy ranks, absorbing some volleys on the way. Then, the battle would be decided by hand-to-hand combat, not gunfire. The soldiers would stab and slash each other with the bayonets at the end of their muskets. They would also use their muskets as clubs.

In such a melee, the rifleman was at a disadvantage. Although riflemen carried tomahawks, hatchets, or other bladed weapons, their adversaries who had a bayonet at the end of their muskets had a much longer reach.

Accordingly, when Americans had to fight European armies—such as the French in 1744–45 (King George’s War) and 1754–63 (French and Indian War), or the British from 1775–83—the musket was the more important arm. The American Revolution was won mainly with muskets, not rifles.

During the Revolution, rifles did play a decisive role in the West. There, forces led by Gen. Daniel Morgan defeated the British and their Indian allies, securing American claims to the vast lands between the Appalachian Mountains and the Mississippi River.

Decades later, the Pennsylvania-Kentucky rifle was the firearm of the 1815 Battle of New Orleans, where Americans led by Gen. Andrew Jackson routed the best forces in the British army.

On Jan. 8, 1815, the British army attacked New Orleans, aiming to choke off western America’s commerce. The British Redcoats, fresh from victories in Spain, were the best in the world, and they far outnumbered the Americans.

The Americans didn’t look impressive to the British Redcoats, who called them “dirty shirts.” The Tennessee militia arrived in raccoon caps, while the Kentucky militia was clad in rags.

The American militiamen brought their own hunting guns, because the federal government lacked the resources to supply them with military weapons. The Americans were skilled marksmen accustomed to shooting squirrels and other small targets in distant trees.

On the day of battle, the outnumbered Americans, firing their rifles from improvised fortifications, demolished the British, while themselves suffering hardly any casualties.

Unbeknownst to the combatants, a U.S.—British peace treaty had already been signed in Ghent, Kingdom of the Netherlands. However, given that the British had violated the 1783 Treaty of Paris (which had settled the American War of Independence) by refusing to evacuate their forts in the western United States, if the British had won at New Orleans, they probably would have kept the city and port, thereby choking off international commerce for most of the western United States.

The victory in the Battle of New Orleans became central to American patriotism. Until the Civil War, it was celebrated nearly as much as the Fourth of July.

For a while, ‘‘The Hunters of Kentucky’’ was the most popular song in the nation, exulting: ‘‘For Jackson he was wide awake, he was not scared of trifles. Full well he knew what aim we’d take with our Kentucky rifles.’’

The Pennsylvania-Kentucky rifle became the first iconic American firearm. The American “cult of accuracy” that began with the Kentucky rifle has persisted ever since.

The Americans of the 18th century had won their first war of independence against Britain because, as historian Charles Winthrop Sawyer put it, ‘‘The Colonists in America were the greatest weapon-using people of that epoch in the world.’’

Decades later, when the British again threatened American independence, Americans preserved their freedom in the War of 1812 because they were the best marksmen in the world. Then and now, responsible firearms ownership and skilled marksmanship are part of the culture of civic virtue that safeguards our freedom.

David Kopel is an associate policy analyst at the Cato Institute in Washington. His most recent book is “The Morality of Self-Defense and Military Action: The Judeo-Christian Tradition.”

David Kopel
Contributor
Follow
David Kopel is an Adjunct Scholar at the Cato Institute, in Washington. His most recent book is "The Morality of Self-Defense and Military Action: The Judeo-Christian Perspective."
TOP NEWS