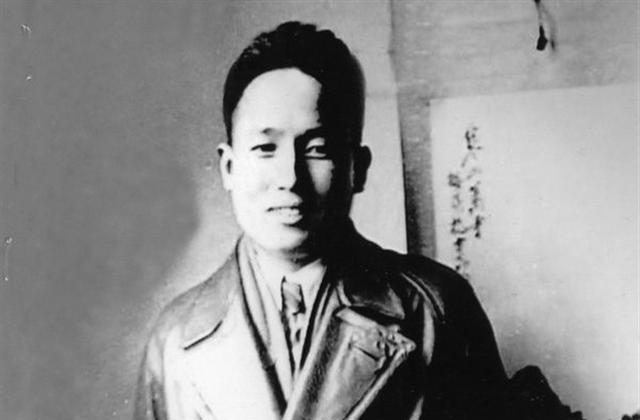 Fan Changjiang, journalist for the Ta Kung Pao.
The Dead End of Communism

Fan Changjiang, a journalist for the reputable Ta Kung Pao newspaper in republican China, was a loyal communist and proud of it. He once boasted that “in newspapers and books published legally under Nationalist rule, I was the first person to call [the Communists] the Red Army … and not bandits, and to announce that the Red Army was marching north to fight the Japanese, not fleeing like cowards.”

That was in the 1920s and 1930s, when the Chinese Communist Party (CCP) that would seize power in 1949 was still a fledgling group of rebels being suppressed by the Nationalist Chinese authorities that governed China at the time. Fan was referring to the Long March, a massive CCP retreat from its embattled territory in southern China.

Today, Fan Changjiang is a name unknown to most Chinese. His rise as a prominent left-wing writer in republican China’s journalistic circles allowed him close interaction with top CCP leaders, including chairman Mao Zedong. His fall from grace mirrored that of countless other Chinese intellectuals and early revolutionaries who had dedicated their lives to communism, only to be devoured in the CCP’s later political violence.

In his work for Ta Kung Pao, Fan amassed fame in his reporting on the communist base areas in northwestern China’s Shaanxi Province, where the CCP had fled and taken root after the Long March.

Fan depicted the Long March as a heroic journey to the north, where the CCP supposedly intended to battle Japanese encroachment.

Throughout the 1930s Chiang Kai-shek had bided his time and built up the Chinese military for an eventual confrontation with Japan. In 1931, the Japanese military had annexed the resource-rich territory of Northeast China and established a colony state called Manchukuo.

The CCP positioned itself at odds with Chiang’s strategy, instead favoring a “united front” to help stave off its destruction at the hands of the Nationalist army. Communist propagandists like Fan came up with slogans like “Chinese should not kill Chinese” to generate mass support.

Fan was particularly useful for the Communist Party, since the Ta Kung Pao was a nationally acclaimed newspaper known for its objective reporting and independence. In what Mao’s right-hand man Zhou Enlai called the propaganda front, Fan and other left-leaning reporters heaped praise on the CCP and its movement, while blasting the Nationalist government.

Fan stated that he was free to “write pretty much anything he desired.”

“Whatever I wrote, Ta Kung Pao would publish according to my original manuscript,” Fan recalled before his death by suicide in the Cultural Revolution.

In 69 travel news dispatches, Fan vividly recorded the plight of people living in the northwest, and criticized the policies of Nationalist leader Chiang Kai-shek. Many were impressed that he was able to predict the military strategies of Communist party even before they started their retreat through southwestern China. Fan praised the Red Army as a band of Robin Hood-like revolutionaries.

“Liu [Zhidan] sympathized with the suffering of local peasants,” Fan wrote of one communist military officer. “…nurtured in Communist ideology, he was able to strategically and systematically turn the bandit activities into a social movement. “

Except for asking him to tone down his commentary on one occasion, the editor never altered a word over the three years that he promoted communist ideology and the actions of the CCP.

Fan’s journalism during this time—which was later compiled into the book “The Northwestern Corner of China” and reprinted seven times—was critical in reversing the traditionally negative perception of the communists on Nationalist-controlled territory.

Fan’s contributions to the Communist Party were not limited to this. In 1936, after the CCP entered into alliance with the Nationalists in an ostensible United Front, Fan again went to the communist headquarters in Yan’an and interviewed Mao Zedong.

Fan formed such a close relationship with Mao that the communist leader addressed him as  “brother” in a letter praising Fan’s propaganda work.

In 1938, Fan founded the Chinese Young Journalists Association, bringing together pro-communist journalists. The next year he joined the CCP and officially left Ta Kung Pao after a quarrel with the chief editor over his communist ideology and positions.

Leaving the Ta Kung Pao marked the end of Fan’s original and thoughtful journalism. The Xinhua Daily that he helped establish in the CCP-controlled base areas was a mouthpiece instructed to follow the Party line.

Over the years and decades, Fan enjoyed favorable treatment. He headed the Liberation Daily and then the People’s Daily, and was even promoted to the State Council. As was the case with many other officials, this all changed very quickly during the Cultural Revolution.

Along with millions of teachers, intellectuals, officials, and others who belonged to the so-called Five Black Categories, Fan was persecuted and criticized as a “counter-revolutionary.” Fan, who had once helped turn the hearts and minds of China against the enemies of communism, was sent to a labor camp for “re-education” in 1969. Once considered one of Mao’s “brothers,” he was now the lowliest of the low.

He was watched continuously, spit at and beaten in political “struggle sessions,” and tasked with the hardest, dirtiest labor. Guards beat him for being too slow. Often, the aged and ailing Fan was forced to carry multiple buckets of soil weighing over 100 lb to help fertilize crops. After three years of toil, he had finally had enough. A week after his 61st birthday, Fan jumped into a well. His body was hastily wrapped in plastic sheets and buried in a gutter.