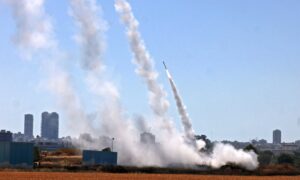 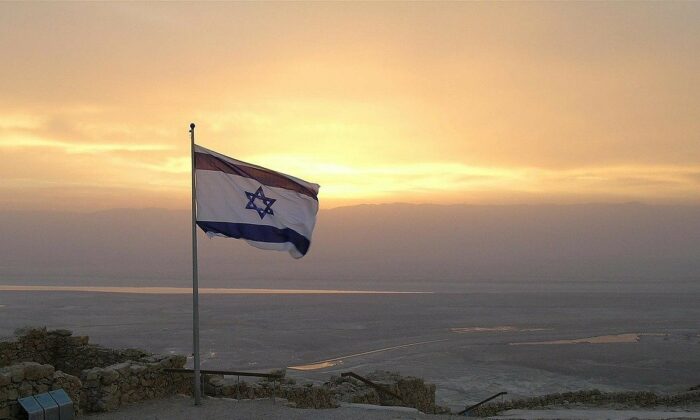 The Jewish Lobby Versus the Israel Lobby

“Why is the Israel lobby attacking Ilhan Omar?” and other Americans who are critical of Israel’s conduct in the recent Israel–Gaza war, The Week asked.

Talk of the Israel lobby resurrects accusations that Jewish organizations in the United States are acting against the best interests of the United States. The Israel lobby, as defined in the explosive 2007 book “The Israel Lobby and U.S. Foreign Policy,” is made up of a uniquely powerful “loose coalition of individuals and organizations who actively work to steer U.S. foreign policy in a pro-Israel direction.”

The Israel lobby certainly is powerful, as Rep. Omar (D-Minn.), Rep. Alexandria Ocasio-Cortez (D-N.Y.), and Israel’s many other current critics correctly claim. It includes not only Jewish NGOs such as AIPAC, the Anti-Defamation League, and Zionist Organization of America, but also Jewish billionaires such as Michael Bloomberg and Miriam Adelson, and a long list of prominent Jewish individuals such as Alan Dershowitz, who has written numerous books on Israel’s legitimacy, Dennis Prager, whose PragerU videos have amassed 5 billion views, and journalist Ben Shapiro of The Daily Wire, one of America’s largest conservative news sites.

But contrary to the 2007 book’s assertion that “the bulk of the lobby is comprised of Jewish Americans,” Jews don’t represent the bulk of this lobby.

Non-Jew Ted Cruz, the Texas senator who led the recent effort in the U.S. Senate to muster support for Israel, and non-Jew Ron DeSantis of Florida, who dubs himself the “most pro-Israel governor” in America, are among the majority of non-Jewish Republican lawmakers—almost 90 percent among senators—who champion Israel as an indispensable ally of America. Republican Jews are all but invisible among the 535 members of the U.S. Congress, which has but two Jewish Republican members in the House of Representatives and no Jewish Republican senators. The Israel lobby also includes the politically powerful Christian evangelicals, 75 percent of whom champion Israel.

The small number of Jews in the United States—they account for about 2 percent of the population—don’t dominate the pro-Israel lobby. Non-Jews do.

By contrast, Jewish Americans do dominate the anti-Israel lobby. Human Rights Watch, one of the world’s largest human rights organizations, has long had Israel in its cross-hairs, most recently in a report that concludes that Israel’s actions against Palestinians “are so severe that they amount to the crimes against humanity of apartheid and persecution.” Human Rights Watch is led by a Jew, Kenneth Roth.

NGOs J Street, led by Jeremy Ben-Ami, a Jew, and Americans for Peace Now, led by Hadar Susskind, a Jew, are go-to groups for anti-Israel Democrats. Mondoweiss, the leading news blog dedicated to Israeli–Palestinian issues, and considered by many to be anti-Semitic, was founded by and edited by a Jew, Philip Weiss. Noam Chomsky, the Jewish MIT professor known as “the father of modern linguistics,” has arguably been Israel’s fiercest critic over the decades, so much so that Israel in 2010 banned his entry.

Jews are also major funders of the anti-Israel lobby. Foundations controlled by George Soros, a Jew, donated $100 million to Human Rights Watch and tens of millions more to a raft of other anti-Israel organizations (pdf). The Sanger Family Foundation, run by Deborah Sanger, a Jew, was the early backer of J Street. The Unz Foundation, headed by Ron Unz, a Jew, has funded high-profile critics of Jews and of Israel. The Foundation for Middle East Peace, a funder of anti-Israel advocacy, is run by a Jew, Lara Friedman. Jewish-run organizations also fund anti-Israel, pro-Palestinian politicians such as Bernie Sanders (I-Vt.), Omar, Ocasio-Cortez, and Rashida Tlaib (D-Mich.).

In Congress, no Jews in the Democratic leadership condemned their colleagues’ demonization of Israel as it defended itself against Gaza’s launch of 4,000 missiles against Israeli civilians, even though the U.S. government itself designates Gaza a terrorist state. Rather, a Jew, Bernie Sanders, led the condemnation of Israel in the U.S. Senate.

The mainstream media—often characterized as controlled by Jews in the Israel lobby—is anything but. Pro-Israel coverage can reliably be found on Fox News, where non-Jewish anchors such as Sean Hannity, Laura Ingraham, Tucker Carlson, and Shannon Bream are employed by the non-Jewish Murdoch family. And in The Wall Street Journal, which is also Murdoch-owned, and where non-Jewish Paul Gigot is editor of the editorial pages.

By contrast, none of the major Jewish-owned or Jewish-run media organizations can be considered pro-Israel: CNN (run by Jeff Zucker, its Jewish president), ABC (owned by Walt Disney, which is run by Bob Iger, a Jew), ViacomCBS (chaired by Shari Redstone, its controlling shareholder and a Jew), and NBC and MSNBC (owned by Brian Roberts, a Jew, through its parent, Comcast).

The New York Times, which is owned by the Jewish Sulzberger family and which in many ways sets the tone for the rest of the media world, cast Israel as the villain in its war with Gaza and has in its stable Peter Beinart, a Jew who advocates the end of Israel as a Jewish state, and Thomas Friedman, a Jew who characterized congressional support for Netanyahu as “bought and paid for by the Israel lobby.”

The United States has a very influential Jewish lobby that confronts a very influential Israel lobby. Conflating these two adversarial groups leads to confusion of the type The Week exemplified when it asked why Omar came in for criticism. There’s no need for confusion.

Anti-Israel Democrats side with the Jewish lobby, which endorses Omar’s belief that Israel committed “an act of terrorism” when airstrikes to take out Gaza’s missile launchers inadvertently killed civilians.

Republicans, and independents, too, according to a Morning Consult Poll, side with the overwhelmingly non-Jewish Israel lobby.

Lawrence Solomon is a columnist, an author, and the policy director of Toronto-based Probe International. @LSolomonTweets LawrenceSolomon@nextcity.com.