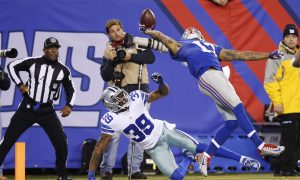 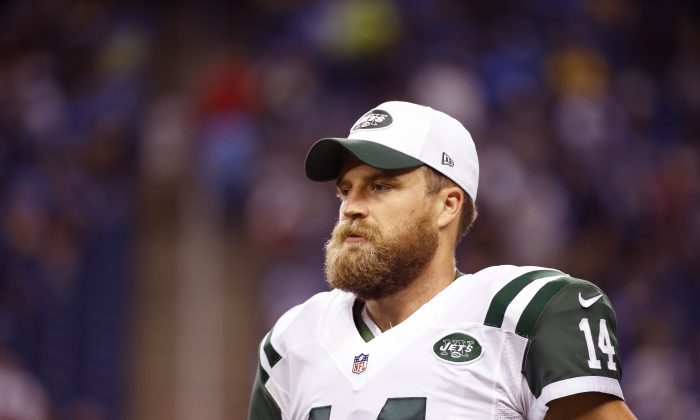 The Jets: Better Off With Fitzpatrick?

While Geno Smith’s broken jaw was a bad break for him, with 32-year-old veteran Ryan Fitzpatrick in the fold, it might not have been the worst break for the New York Jets—we’ll see how the season plays out.

The numbers show that Fitzpatrick is the better choice—at least at this stage of their careers. The Harvard grad has a higher career completion rate—60.2 to 57.5—as well as QB rating—79.5 to 71.5—than Smith, and both have done most of their work with less-than-stellar supporting casts.

Fitzpatrick broke in with St. Louis as a seventh-round selection in 2005 and has played for Cincinnati, Buffalo, Tennessee, and Houston since that time. He has yet to take a playoff snap in his career.

While the more talented Smith, should he ever find some consistency, has a higher ceiling than Fitzpatrick, the Jets know what they’re getting with the 10-year veteran Fitzpatrick—solid, yet not spectacular results.

It could turn out to be a similar situation to when another journeyman quarterback—Vinny Testaverde—joined the team back in 1998.

At the time, the once-floundering Jets were one season into the short, but successful Bill Parcells era (1997–99).

Parcells had taken a one-win laughingstock of a team in 1996 and revamped it into a nine-win playoff contender in his first season, but he wanted more out of the quarterback position—then manned by Neil O’Donnell and Glenn Foley—so he brought in Testaverde.

The former Heisman winner might have entered the league under much different terms than Fitzpatrick—he was the first overall pick in 1987—but by 1998, the Jets were the 34-year-old’s third different team and he had only been to the postseason once.

But Testaverde and Parcells hit it off in 1998 with the team going 12–4, Testaverde making the Pro Bowl, and the team advancing all the way to the AFC title game, before losing to eventual champion Denver.

A torn Achilles tendon suffered in the first game of the following season cut short Testaverde’s 1999 campaign, but he was back the following year and led the team to a 19–13 mark over a two-year period from 2000 to 2001.

By 2002, Testaverde was 38 and the Jets were ready to give former first-round pick Chad Pennington a try, and just like that the Testaverde era—as the full-time starter—was over.

The Jets will likely be starting a journeyman at quarterback this season, but that may turn out to be a good thing.