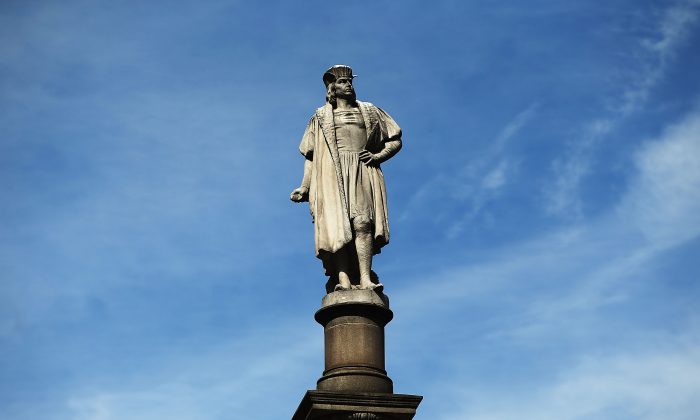 In today’s world of political correctness and the historical ignorance that seems to accompany it, the driving forces in the critical year of 1492 remain mischaracterized and largely unrecognized. Columbus Day 2021 seems like the perfect day to revisit the Columbus narrative and the driving forces behind the discovery of the New World.

It’s important to recall that three very important events happened in 1492. First, Spanish forces, joined by other European Christians, kicked the last of the Muslim rulers off the Iberian Peninsula and out of Western Europe. After 800 years of occupation by Islamic invaders from North Africa, “Al Andalus,” as the Muslim Caliphate referred to the Spanish jewel in the Islamic empire, was gone. But Islamic attempts to conquer Europe would continue as late as Sept. 11, 1683 when they were defeated at the gates of Vienna. (A rather obvious coincidence—one of many, as we’ll see.)

Second, the Spanish Inquisition was reaching its peak. This dreary stain on Spanish history amounted to the forced conversion of Spanish Jews and cruel and torturous punishment for those that resisted before they died or were expelled from Spain.

Third, a sailor from Genoa named Christopher Columbus convinced the Spanish Crown of Ferdinand and Isabella to fund his search for a new route to India and China.

A Confluence of Events

Historically, over a millennia, the Mediterranean region served as a vast market place for three continents and the eastern trade routes. Trade with Asia was a major source of revenue for the Roman Empire. However, the rise of Islam in the seventh century would severely disrupt the functioning of that market and the wealth of European nations for the next thousand years.

Several important inflection points came out of that new reality.

In 1453, the powerful Muslim Ottoman Empire finally conquered Constantinople, the capital of the Eastern Roman Empire. Relations between Europe and the Islamic Caliphate were tense and often hostile. The Venetian maritime empire came under Ottoman rule. As a result, spice routes to India and other parts eastward were closed or became costlier in terms of paying tribute to the Caliphate—perilous to Christian European traders.

Understandably, Spain’s successful overthrow of Muslim rule in 1492 meant that Spanish traders would find it very difficult to travel through Islamic territory to India and China. In 1488, Portuguese ships preferred to sail around Africa rather than face the risks of the Islamic-controlled trade routes.

But sailing around the Horn of Africa was itself expensive and treacherous. Ferdinand and Isabella knew that Spain’s national income depended on finding a new route to the East. Columbus’ timing was perfect and quite coincidental.

More Than a Coincidence

But was it just a coincidence?

Hardly. Columbus had been in the Spanish court since the 1480s and was very aware of the Inquisition underway.

In addition to Catholic borne anti-Semitism, the Spanish Crown’s persecution of the Jews may have been also driven by fear and envy. For centuries, Jews thrived in Islamic Spain, and were among the most wealthy and influential. The fear that they were not loyal to the Christian court was likely there to some degree as well.

But also, the Spanish Crown needed to replace lost income from trading routes through hostile Islamic lands that were no longer an option for them. It certainly looked to the Jews’ wealth as a convenient source of funding, including paying for Columbus’ ambitious exploration. Both of these factors may well have been important in his drive to find a new Eastern trade route.

What’s more, it’s quite possible that Columbus was a Jew himself. Although from Genoa, he spoke fluent Spanish, which may point to a family background of Spanish-speaking Jewish refugees who arrived in Genoa after fleeing the Spanish Inquisition in the mid-15th century. Plus, Jewish names such as Abraham and Jacob were present in the Columbus family tree on his mother’s side.

More coincidentally, much of his crew were conversos, Jews who had sincerely—or insincerely—converted to Catholicism in those perilous times. And finally, the day they set sail was the day that all Jews were to be legally out of Spain. Columbus may have been searching for a better place for Jews to live. The stories of Scandinavian sailors exploring Newfoundland and the North American continent some 500 years earlier were also certainly known at the time.

But out of all of these factors forcing the hand of the Spanish monarchs, it was the antipathy of the Islamic Empire toward Christian Europe that played the biggest role. As occurs so often in history, necessity plays a hand in invention and discovery. Had the eastern trading routes remained accessible, relatively safe and economical for Spain, the need to find other routes would not have arisen.

But they did not and were not.

Spain needed to maintain economic viability. It also needed to compete against its European rivals. The Islamic forces inhibited Spain’s ability to do either or both, literally drove Spain westward, across the Atlantic Ocean. Likewise, Spanish hostility to Jews was a likely motivation for Columbus to find a new land in which Jews could live.

The outcome of both of these hostile influences changed the world forever.