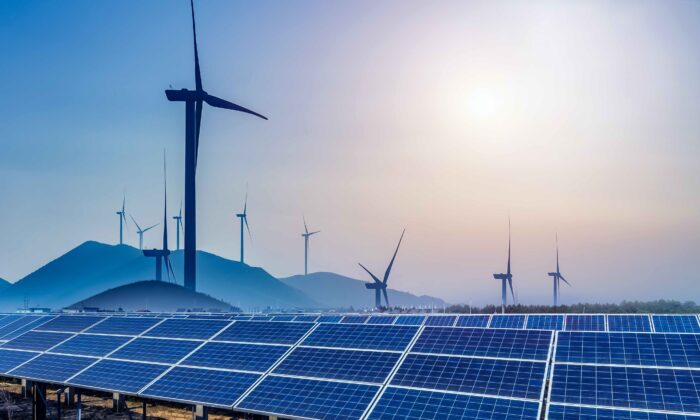 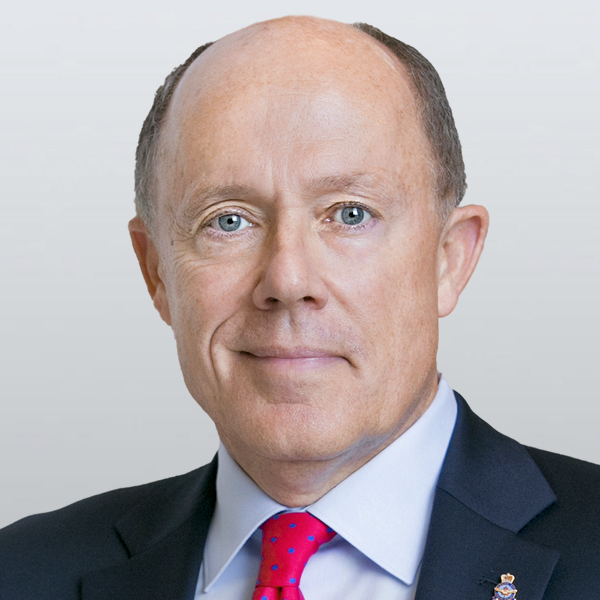 The world, we’re told, is not only undergoing an “energy transition,” but an “accelerating” one.

This isn’t to suggest that there’s anything false in all of the headlines about record increases in electric car sales, huge plans for more solar and wind installations, or massive government spending and mandates to effect an “energy transition.” That’s all true.

But a rapid transition away from traditional energy just isn’t visible in the data.

Oil, natural gas, and coal supply 84 percent of global energy. That share has shrunk by a mere 2 percentage points over the past two decades. And that’s after more than $5 trillion being spent by governments in pursuit of avoiding fossil fuels, along with endless admonitions and mandates in the age of “climate awareness.”

Burning wood still supplies civilization far more energy than all of the world’s solar panels. Oil still fuels nearly 97 percent of all of the world’s transportation. Crop-derived liquids supply most of the rest, with electric vehicles (EV) striving to reach a 1 percent share of that energy sector.

And as economies climb out of recession, fossil fuel use has taken off and is already past or close to pre-lockdown levels. That’s with commerce, driving, and especially global air travel yet to fully recover.

But now, from Washington to Brussels, policymakers and pundits propose spending far more—many trillions of dollars more—to accelerate the goal of avoiding fossil fuels. Everyone knows why: the climate. Debating the science behind the why is a separate subject. But the how is about energy domains, a subject with very settled physics.

Set aside the cost of forcing a faster transition—which is a lot to set aside—the transition narrative ignores two big wild cards.

Building the hardware for transition aspirations will require an unprecedented increase in global mining at scales almost certainly unachievable in the time frames proposed. And aside from the challenges in replacing existing uses for fossil fuels, transitionists fail to account for huge growth in energy demands that will yet come from the kinds of emerging innovations that everyone wants.

We’re approaching the second anniversary of a seminal report from the International Energy Agency (IEA) that documented how just starting an “energy transition” will require the global supply of minerals—rare earth metals, nickel, copper, cobalt, lithium, and so forth—to increase to 4,000 percent from 700 percent.

As a World Bank study put it, the “technologies assumed to populate the clean energy shift … are in fact significantly more material intensive.” That may be the understatement of the century. Until now, that fact hasn’t mattered much because wind, solar, and batteries still account for only a few percentage points of global energy.

The world doesn’t have enough mines now operating or planned to meet such demand increases. Trying to supply such unprecedented quantities will stress global supply chains. In the world of commodities that translates into higher prices—inflation—for all of those minerals. That will make everything else built from those minerals more expensive, from home appliances to conventional cars and computers. It also will inflate the price tag for an energy transition because raw materials account for 60 percent to 70 percent of the cost to manufacture both solar panels and batteries.

Contrary to claims about inevitable, continual, and rapid declines in the cost of the machinery needed to pursue the transition, mineral commodity inflation has already slowed and has even reversed price trends.

The year 2021 saw a mere 6 percent decline in average lithium battery prices, a dramatic slowdown from the decadal trend. Battery prices are forecast to rise in 2022. One of China’s largest EV makers has already raised sticker prices. Higher commodity costs have pushed solar module prices up by nearly 50 percent since 2020. Wind turbine manufacturers are struggling to make any profits in an already “thin margin” business because of higher materials costs, and forecasts now see turbine prices rising by 10 percent in the coming year.

It bears noting that China is the largest source for a majority of the essential energy materials. The United States depends on imports (pdf) for 100 percent of 17 minerals and for more than 50 percent of 28 others.

Plenty of minerals exist under U.S. soil. But proposals to build mines in the United States, and increasingly everywhere, meet fierce opposition, if not outright bans. The Biden administration recently canceled a proposed copper and nickel mine in northern Minnesota. This was after years of delays and navigating through a maze of regulations. Many of the people who want more solar panels and electric cars are the same ones who oppose mining.

As for the ultimate goal of replacing all hydrocarbons—rather than just a bigger fraction of them—consider a Geological Survey of Finland study. Researchers calculated that the aggregate quantity of minerals needed to meet that goal would be greater than not only than all planned mining, but greater than all of the known global reserves of the minerals needed.

Of course, future innovations will moderate mineral demands. But in these realms, efficiency gains of 10 percent or so are hard-won. To make a meaningful reduction in material intensity would require efficiency leaps of tenfold in solar, wind, and battery technologies. Such gains aren’t even theoretically feasible (pdf).

Aside from ignoring these physical and economic realities regarding materials, the aspirants of a transition underestimate how much more energy the world would need. The future won’t only have more people, but also more innovations. Entrepreneurs are far better at inventing new ways to use energy than to produce it.

It’s obvious, but worth stating: Before the invention of automobiles, airplanes, pharmaceuticals, or computers, there was no energy needed to build or power them. The future will have billions more people who will be more prosperous and want what others already have—from better medical care to vacations and cars.

In the United States, there are about 80 cars for every 100 citizens. In most of the world, it’s about five cars per 100 citizens.

The global information infrastructure—the cloud—uses twice as much electricity as the entire country of Japan, and the former is expanding at a torrid pace.

The semiconductor industry—at the core of today’s supply chain stresses—plans to spend $300 billion building new manufacturing plants over the next few years. Those additional plants alone will use twice as much electricity as the country of Denmark.

These are the known trends. While we can’t predict the future, we can predict that there will be more innovation—robots, drones, metaverse, augmented reality, cryptocurrencies, quantum computers, biotechnology, and things not yet imagined.

Energy is embodied in each and every single thing that makes life worth living—not just surviving, but improving safety, comforts, conveniences, and even beauty.

We’re going to need every form of supply, not just the new or old.

Even the IEA’s most optimistic transition roadmap—one that imagines all nations spending vastly more on such a transition than any do now or even propose to do—still has a world in 2050 consuming more fossil fuels than in the year 2000. Global energy transitions are very, very slow. There won’t be a transition eliminating hydrocarbons for a long, long time.

Mark Mills
Follow
Mark P. Mills is a Manhattan Institute senior fellow and partner in the Montrose Lane energy-tech venture fund. He served as chairman and CTO of ICx Technologies and helped take it public. Mark also served in the Reagan White House Science Office and was an experimental physicist and development engineer in microprocessors and fiber optics.