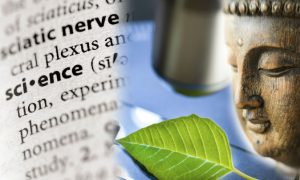 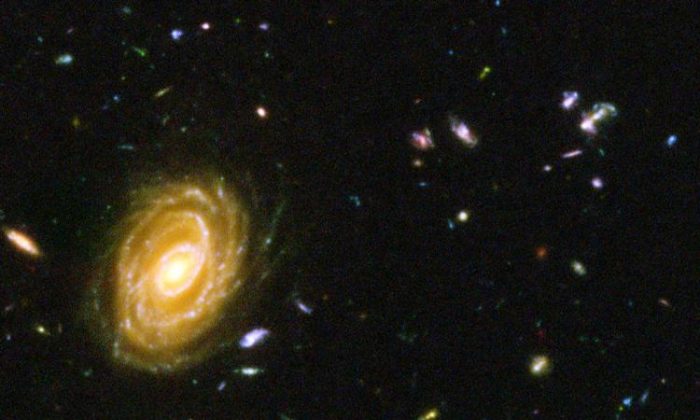 A Hubble composite photograph of a million one-second exposures, revealing galaxies from the time shortly after the Big Bang. (NASA/Getty Images)
Viewpoints

The Intertwining of Science and Religion

It’s an unfortunate theme of our times: One can support science or one can believe in a religion, but one can’t do both. This point of view demands that people pick a lane.

It’s a point of view that appears to be gaining more and more traction in the United States, at least among the educated elite. But is it reasonable?

History is full of scientists who made great discoveries while they were devout believers in a divine creator. Isaac Newton, Nicolaus Copernicus, and Gregor Mendel are just a few of the groundbreaking scientists who believed that scientific exploration and discovery were integral parts of man performing his divine mission, not a way of denying that that mission existed.

In 1915, Albert Einstein proposed his theory of general relativity, which linked space, time, and gravity, and provided the equations to describe that complex relationship to a level of detail that was previously unimaginable. Twelve years later, Georges Lemaitre, a Jesuit-educated diocesan priest lecturing at the Catholic University of Leuven in his native Belgium, published a groundbreaking article in “The Annals of the Scientific Society of Brussels.” Lemaitre, whose graduate and post-graduate work included studies at Cambridge, Harvard, and MIT, was no lightweight.

What he proposed in that 1927 article was radical and breathtaking.

Conventional scientific wisdom at the time held that the universe was infinite, eternal, and more or less unchanging. It had always and would always exist, and it had no boundaries. This was what Einstein and most respected scientists believed. Then, along came this Belgian priest—a priest for all love!—who took Einstein’s theory and equations and concluded that conventional wisdom was wrong.

Lemaitre theorized the universe wasn’t infinite, nor eternal, and that it was constantly, and profoundly, changing. In fact, it was expanding and would continue to expand.

Lemaitre wasn’t able to predict whether that expansion would eventually slow to a halt, to be followed by a subsequent contraction (most physicists today believe universal expansion will continue to accelerate and no contraction will occur), but he was certain that expansion had occurred and was occurring.

And that’s where things got interesting.

If the universe was currently and always had been expanding, it was logical to conclude that, looking back through time, it had been progressively smaller the farther back one looked until you got a point where the entire universe consisted of one infinitely dense, infinitely small point that would give birth to all the matter and energy that exists.

The moment when that so-called singularity gave birth to the known universe is now called the Big Bang (a term introduced by astronomer Fred Hoyle in an effort to ridicule Lemaitre’s ideas). Author Mark Midbon, in an article published in Commonweal Magazine in 2000, eloquently referred to the event as “a day without yesterday,” a term that Lemaitre would surely have found fitting.

The logical conclusion of the Big Bang theory is that there was a moment when time started and space emerged. What happened and existed before then—if the word “before” is appropriate to use for a phenomenon (time) that didn’t actually have any meaning until the Big Bang happened—is unknowable to us mere mortals.

There are unmistakable parallels between the Big Bang theory and the opening lines of the book of Genesis:

“In the beginning God created the heavens and the earth. Now the earth was formless and empty, darkness was over the surface of the deep, and the Spirit of God was hovering over the waters. And God said, ‘Let there be light,’ and there was light. God saw that the light was good, and he separated the light from the darkness.”

Few Christians today, including this one, believe in a literal interpretation of the Bible, and particularly so in the case of the Old Testament. Most Christians today, including this one, believe that both the Old and the New Testaments contain divinely inspired messages passing through the pens of necessarily imperfect mortal messengers whose meaning becomes clearer as we mature as a sentient species.

Viewed in that light, the Genesis story of creation seems to align nicely with the Big Bang theory.

Einstein was initially dismissive of Lemaitre’s work. According to the priest, Einstein told him “Vos calculs sont corrects, mais votre physique est abominable” (“Your calculations are correct, but your physics is atrocious”) after the publication of the priest’s paper. The steady-state model of the universe represented the conventional, collective wisdom of the time, and Einstein—like any good scientist of the day—was skeptical of alternate theories.

Note the use of the word “skeptical” rather than “dismissive” or the attachment of the label “denier.” Good scientists are always willing to give an alternative theory a listen and are always willing to change their mind given a sufficient amount of evidence. Contrary to what today’s climate-change enthusiasts would have us believe, science is never settled.

Einstein understood that as well as anyone. When he proposed general relativity, he suggested three experiments that could be performed to validate or disqualify his theory. One of them, related to tiny perturbations in the orbit of Mercury, he was able to perform himself, using the instruments available to him at the time. The observed perturbations conformed to those that general relativity predicted, but that the less-precise Newtonian model couldn’t.

The two other experiments he proposed couldn’t be performed to the required degree of accuracy during Einstein’s lifetime. However, clever scientists were able to do both using new technology that became available after Einstein passed away.

Did the validation of general relativity and special relativity mean that Newton was in error? Did the apocryphal apple bonk him on the noggin in vain? No. That’s not the way science works either. Einstein didn’t displace Newton’s work—he improved it.

Interestingly, Einstein wasn’t the only one to have a problem with Lemaitre’s theory. At the time, Arthur Eddington, the director of the observatory at Cambridge University where Lemaitre had studied math and science, wrote that he found the very idea that space and time were created on what Midbon would call the day without a yesterday “repugnant.”

Time has been kinder to Lemaitre. Edwin Hubble would demonstrate that the priest’s basic premise was correct: The universe was expanding and, therefore, it must have originated from a singularity.

In 1998, papers published by scientists Adam Riess, Saul Perlmutter, and Brian Schmidt, who would win the 2011 Nobel Prize in Physics for their work, demonstrated that the rate of expansion is steadily increasing, meaning that the Big Bang—and the creation of space and time—was a one-time event.

Things that happen once in an eternity seem to me to be beyond human understanding and are, therefore, and necessarily, evidence of a higher power. Collectively, Lemaitre, Hubble, Riess, Perlmutter, and Schmidt demonstrated that science and religion are intertwined. And we are far better as a people when we understand that basic fact.