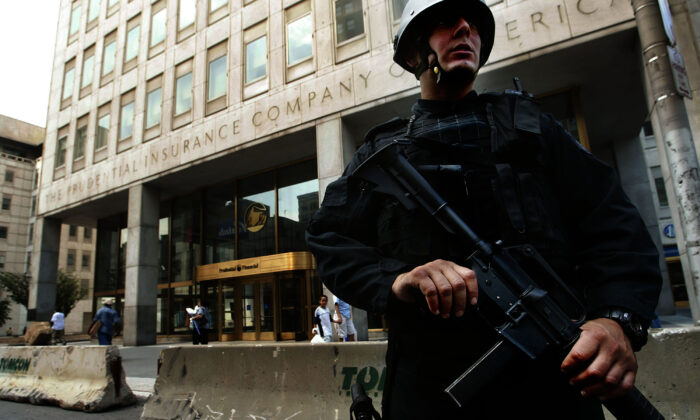 The Intelligence Community and Threat Assessment

The National Intelligence Council has published an unclassified strategic assessment every four years since 1997.

The document is meant to help senior U.S. leaders think and plan for the next 5 to 20 years. The report comes out on presidential election years as a supporting document for each new U.S. presidential administration.

At the time of its publication, I pointed out many of the problems with the document from its inception. Now looking at it three years later, it’s clear there was more incorrect in the report than correct after such a short period of time.

It was intended to look out 20 years into the future and still be relevant. Rather than analyze, it’s a socialist manifesto that promotes globalism and leftist thought. Although intended to assess potential future threats, this report spends far more time on global warming than it does on terrorism. I’m not joking.

We have all seen the death that results from terrorism; there are no doubts as to how serious the threat posed by terrorism is. Supporters argue that global warming is “settled science,” but that’s pure propaganda with no basis in fact.

Even if global warming were true, it would not be an issue for the Intelligence Community (IC), and to make it so is pure politics.

This political weaponization of the IC is dangerous as it takes our focus off and resources away from actual threats, as is so clearly illustrated in this more recent IC report.

Many states also produce similar documents taking a look at threats related to their specific region. New Jersey just released their annual report and concluded that one of the two largest threats to their security is white supremacists, newly categorizing them as a “high” threat. The other was homegrown violent extremists—that is, Americans who support or are inspired by overseas terrorist organizations.

This report was compiled by the New Jersey office of the Department of Homeland Security (DHS). DHS is a key member of the IC. Interestingly, every single terrorist group in the world was only categorized as a “low” threat. One should be questioning the judgment of the authors and senior officers who approved this report.

The links to violence by white supremacists in the report are tenuous at best and include references to violence that has taken place outside of New Jersey.

By far the largest evidence of a “threat” mentioned was 168 reported incidences of propaganda distribution, which is not even illegal by the way. To be clear, I’m in no way suggesting that the white supremacist groups are anything positive; they’re nationalist socialist or socialist movements that will always be on the fringe at best where they belong.

However, the important point here is that the IC should not produce political documents but produce realistic assessments of the threats we all face together.

We’ve all seen terrorists who drive their cars or trucks over innocent people who are walking across a bridge or randomly killing innocent pedestrians with a knife or ax. Terrorists actively plan and seek to kill innocent people as often as possible in the largest numbers possible to make a political point; white supremacists generally do not.

When you give disparate threats the same level of importance, it leads you to divide and spread thin your resources unwisely. Applying the wrong level of gravity to a threat may lead you to be conquered by another threat that you ignored or underestimated.

Does New Jersey really want to send the message to terrorists that they can more easily plan and carry out attacks there because authorities are busy with something else? Terrorism is a far more serious threat than handing out pamphlets or spray-painting walls and should be treated as such.

Change in the IC

It’s been widely reported that many within the IC, who remain unnamed, were caught completely by surprise and have voiced many concerns. Since the IC has proven itself to be politically weaponized and relatively unconcerned with doing the business of the American people, I take that as a positive.

Grenell replaced Joseph Maguire and quickly removed DNI principal executive Andrew Hallman. There are many whispered rumors that there’ll be a number of other senior people removed soon, including from the senior ranks of the various agencies within the IC. If true, it’s long overdue. Hopefully, it will be a trend.

It would be nice to see an IC more concerned with truth than politics and worthy of our respect.