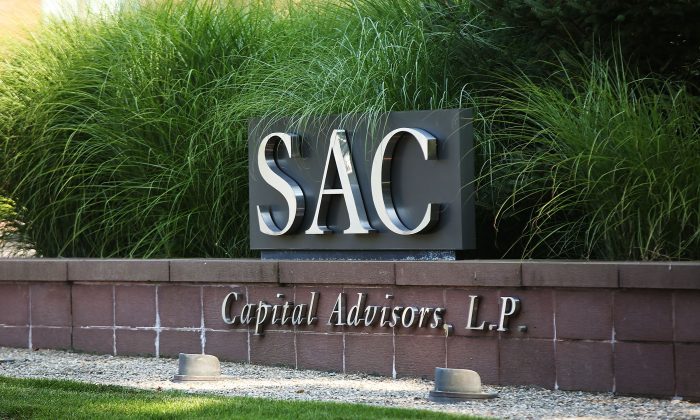 The headquarters of hedge fund SAC Capital on July 27, 2013, in Stamford, Conn. SAC is only one of many firms and individuals prosecuted for insider trading. (Spencer Platt/Getty Images)
Business & Economy

Difficult to maintain a level playing field
By Heide B. Malhotra

After the financial crisis, the U.S. Securities and Exchange Commission (SEC) stepped up prosecution of those playing fast and loose. The SEC wants to show America it is not too soft on Wall Street and is serious in pursuing illegal activity such as insider trading.

Nonetheless, the SEC has a reputation to regain. Not only the public, but also federal judges have criticized the SEC for turning a blind eye to Wall Street firms’ excessive risk taking.

According to a December 2011 article by the Huffington Post, “A federal judge in Milwaukee has criticized the Securities and Exchange Commission for being too soft with corporate enforcement, marking the second time the agency has been criticized for weak settlements in the past month.”

Showing its renewed determination, the SEC went after insider traders with zeal this year. As of this month, it had pursued and fined at least 21 insider traders.

On July 30, the SEC went after a former high-ranking official from Banco Santander SA of Spain and a former Spanish judge. They made a combined illegal profit of $960,805.

During July, several former employees from different companies were charged with insider trading. On July 26, a former investor relations executive of a Houston-based investment firm was called to task for insider trading. On July 25, a former portfolio manager at S.A.C. Capital Advisors was charged with illegal trading after making $1.5 million in profit.

Prosecuting insider traders is tricky though, as not all trades are illegal. For example, it is legal for corporate insiders, including all employees and management, to purchase the stock of their company. However, they must inform the SEC about their sale or purchase.

The Insider Monitor website reports on legal insider stock sales and purchases on a daily basis. The list contains information about the individuals, their respective position, and details about the purchase or sale.

An insider trade is considered illegal when a person has information about a company that is not freely available in the market. Trading on information only known to some or disseminating it to outside parties is illegal.

Interestingly, insider trading is allowed if one can prove that one was following the stock before obtaining the privileged information. The investor may have had a pre-existing plan based on other information or instructed someone to purchase or sell the stock at an earlier time.

“The American notion that insider trading is wrong was well-established long before the passage of the federal securities laws,” according to remarks by SEC staff at the 16th International Symposium on Economic Crime in 1998.

So even before the enactment of the Securities Act of 1933 and the Securities Exchange Act of 1934, the American public didn’t fancy insider trading, although strictly speaking, it was legal. The courts were expected to enact laws to protect the interest of investors. Laws were passed in the 1930s to make insider trading illegal, and Congress, the SEC, and the U.S. Supreme Court strengthened insider trading laws between 1990 and 1999.

In 2001, a UCLA professor stated that “the federal prohibition … is an empty shell. It has no force or substance until it has been filled with fiduciary duty concepts.” He argued that insider trading could be legal as long as the source of the information is protected and other investors do not suffer any harm.

Those in favor of legalizing insider trading think a successful investor makes money through extensive research, networking, and keeping an open ear to what people are talking about at a party or after a meeting.

Like this, the investor can gather information not available to the general investor. Then, one could ask, should all these people be prosecuted for violation of the insider trading laws?

According to an article on the Economic Policy Journal website, the insider trading laws should be abolished. It argues that the law violates the efficient functioning of the market and “blocks the flow of information.”

What would lobbyists, investment gurus, or any hedge fund do if there were no insider trading laws? They could shower those with insider information with gifts, dinners, trips, or anything else that appeals to them. In turn, the informant would supply information for the investor to use.

Washington Post blogger Dylan Matthews argues that insider trading laws only create “the illusion of fairness.” While the law promises a level playing field, small fish are continuously eaten by bigger fish with better information, be it legal or illegal.

Despite the effort, the concepts brought forward by those for legalizing insider trading have not been strong enough to overturn existing laws. So far.