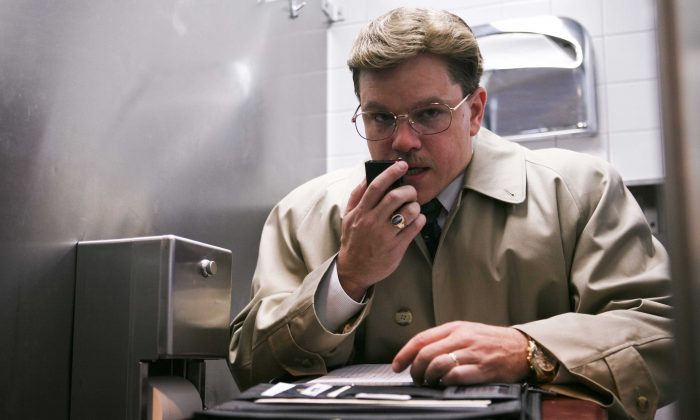 Soderbergh’s Ocean’s buddy Matt Damon (something of a changeling himself) flexes his unheralded comedy muscles hidden beneath some true method-acting paunch, to deliver an intelligent slice of leftfield mirth.

This is the “is it or isn’t it” true story of Mark Whitacre (Damon), a rising star in the food production industry who suddenly turned corporate whistleblower. With the assistance of eager FBI agents (Scott Bakula and Joel McHale) Whitacre agrees to wear a wire in order to expose a hierarchical global price-fixing scam. The only problem is the FBI needs hard evidence and Mark’s erratic and not-so-covert approach begins to raise questions about just how reliable this eccentric informant is going to be.

A mish-mash of Soderbergh’s very best, The Informant! emanates a vibe somewhere between Out of Sight and the Ocean’s films, while never feeling as accessible as either of them.

What works is the singularly entertaining performance of Matt Damon. Unrecognisable from his Bourne busting physique, he is a seemingly average Joe possessed with an infectious eagerness and a tendency to give hilarious internal monologues. Damon makes Whitacre a very sympathetic character but never loses sight of the seriousness of his unravelling circumstances. So when your perception of him changes it’s utterly believable and surprisingly moving.

Adding to the originality is a wonderfully inventive, if somewhat forced, score by Marvin Hamlisch that does as much to set the wacky tone as Soderbergh’s bleached and retro visuals.

It’s worth noting that despite the 70s setting the issues of greed and corporate capitalism have never been as relevant as in today’s unstable economy. The Informant! is a film, unlike its central character, that has a brain.

Unfortunately it also has a propensity to drag as the FBI investigation becomes slightly repetitive, and the comedy is of the amusing variety rather than laugh-out-loud funny. What prevents this from derailing your enjoyment is the time spent second-guessing the characters’ motivations. Nothing is what it seems here.

Neither the entertaining extravaganza you’d hope for nor the weighty satire you’d expect to develop at the half way point, The Informant! is still highly enjoyable and worth seeing for Matt Damon’s moustachioed performance alone.