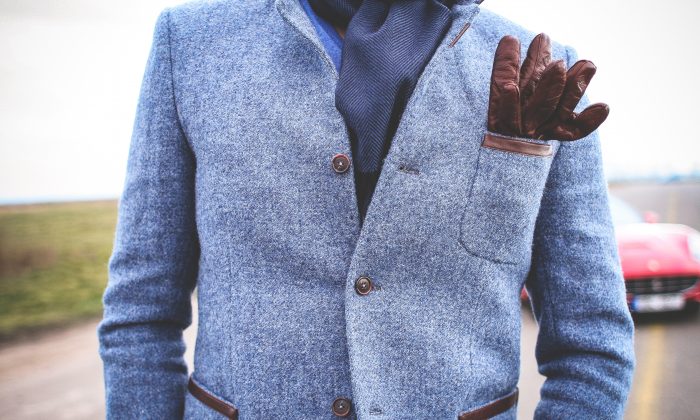 The Indispensability of a Strong Work Ethic

Men are no longer men. They have devolved into obscure mouth-breathers that cannot stand up for themselves, cannot hold on to their convictions, and worse of all have no sense of the meaning of work, or any sort of effort for that matter. This is in fact the difference that separates the 20-something year old who walks around with his face stuck to his smartphone, unable to make one concrete decision in his life, and his father and grandfather who were once actually entitled to be called men. That is the difference between the man-child who spends his time watching television, and the man who works through the night, his tie ruffled, his sleeves up to his elbows, and his mind exhausted but driven.

It is not in fact a difference between the generations, nor is it just different times. It comes down to one simple idea: men have become exceptionally complacent and happy with the life which they lead, which is usually one that is spent in front of a screen full of mind-numbing entertainment. There is no work ethic, except in the very few that still remain around us, and it is usually they that rise to reach their goals.

You have met Joe. He the one who never finishes what he starts, and never truly wants more from life. He never works beyond the 9-5 job which he probably hates, and then spend the rest of his time by wasting it. In fact he has become an expert in the art of wasting time. Anything else is an egregious pain that he goes through, until he hits 50 and realizes that he has achieved nothing, because he never truly wanted anything. This is the majority of men’s lives. They might end up with a girlfriend, or a wife that pity them enough to stick around.

It is probably likely that you have not met many people like Thomas. He sleeps 5 hours a night, and the rest of the time is spent on his work alone. In fact he is not in any way much smarter than Joe, nor that much talented, but he has the work ethic of a titan. Yet, people look down on Thomas and out of envy call him an over-achiever. They say that he is just a show off, and that he probably has no life outside of his need for achievement. They say that he must have some empty hole in his heart that he must fill with his  work, his achievements, his goals.

Ask yourself, who is worthy of more respect, Joe or Thomas? People like Joe because he is a mediocrity. They can relate to him, and find comfort in the fact that he is the same as them, that he does not achieve and glow over them. Yet, they hate Thomas because he never stops working, he always does a better job and always gets things done. They like Joe because they share the same inept work ethic, but they share nothing with Thomas. The difference is again that Joe most likely cares what his peers think of him, Thomas never thinks of them.

By the time Joe is in his 30’s he probably lives in the same apartment, with the same dead-end job. Yet, when Thomas is in his 30s he can afford his own house, his own car, and he lives with a semblance of self respect unlike that of Joe. The most surprising fact however is that Joe was always aware of Thomas, his success, his life, what he did and how. He followed it in order to spread his hate. On the other hand Thomas never heard of Joe, he did not care for him, he only cared for his work and his life.

Joe looked at those like Thomas and despised them for what they were. Thomas looked at those that worked harder than him, achieved more and felt admiration, and was driven to achieve what they did. He never felt hatred, envy, he never despised anyone. To have a strong work ethic is the most selfish thing that a man can do(selfishness is a positive thing), and it is only through it can one achieve that which one wants.

Thomas spent countless hours working, Joe spent countless hours doing nothing. Yet, people say that a man’s purpose comes from the love of others. Joe found a girl after pursuing many, and they fell in love. She loved him for what he was, but after a while they grew apart, Joe could not fill his heart her love, it could not be the only thing that gave him joy. Thomas never pursued women, they came to him. He found a woman that loved him for his values, her strong work ethic gave her happiness, his gave him the same. They worked independently and their success filled half of their hearts, their romantic love filled the other half, yet a love based on the depth of character.

Joe is bitter, because he wasted his time fulfilling the moment-based happiness, while Thomas is happy because he only thought of the happiness he would achieve in the future. In fact he understood the indispensability of  a strong work ethic. Thomas lived for himself, Joe did not.

It is surprising just how many men today do not actually work. They do not put in the effort required to get things done. This at times should not affect me, yet there are times when unfortunately I must work in a group with others, and it is their lack of drive, and lack of work ethic that means that I, in order to achieve results, must pick up the slack. In a sense people generally waste their time in our day and age on meaningless pursuits, watching television, playing games, but never working, never creating that which their mind is able to produce. It is precisely that complacency, and lack of congruence in their lifestyle that leads them to become what they are; Those guys that wear t-shirts with cartoons on them.