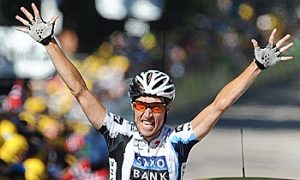 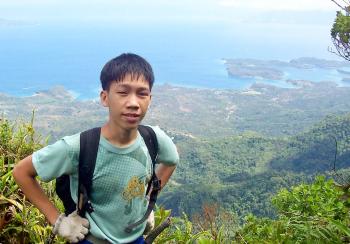 The Incredible Optimism of a Poor Filipino Boy

By Michael Wolf
Print
PUERTO GALERA, Philippines—Although the Philippines remained relatively stable during the recent global recession, poverty has increased over the past two decades with over 32 percent of the population currently living below the poverty line.

“It’s good to start life being poor,” said young Gary Clemenso to one of his friends. “Imagine being born rich and then becoming poor. … Wouldn’t that be worse?” he asks.

Gary’s simple logic is quite puzzling for me, and I was surprised to hear such a statement coming from a 16-year-old whose family numbers among the Philippine’s poor.

While his friend has developed the habit of constantly complaining about the poor living conditions he has known since birth, Gary, living in similar or worse conditions, looks at life quite differently.

Gary grew up in the “boondocks” (Filipino for mountains). The nearest town is over six miles away and the next small village is three miles away. Since he was 6 years old, Gary has walked along narrow mountain trails to reach school everyday before the 7 a.m. flag ceremony.

I met Gary several years ago when I hired his older brother and sister as gardeners, and they would sometimes bring small Gary along. He hardly knows his mother because she left the family shortly after he was born and his father died two years ago after falling out of a coconut palm. With neither uncles nor aunts to care for him, Gary lives under the umbrella of one of his elder sisters.

I visited Gary’s school and asked his schoolteacher, Mrs. Mora, about him.

“Gary is always attentive and a nice boy,” she told me. According to her, his weak point is not always being on time.

I asked Gary what he wants to do, “I’d like to become a civil engineer and incorporate some of the ideas I have seen in some rich foreigners’ homes, into Filipino housing projects.”

He said that before he gets married he wants to be settled and have a good paying job.

I asked him what the happiest and saddest moments have been in his life so far.

“I was really happy when I was asked to represent my elementary school in a math competition with other schools. I didn’t win but I had never dreamed that they would ask me to represent them,” he said.

“My saddest moment was when I was living alone with my father and he didn’t come home. [The] next day, I found out that I was the last to know that he had died the day before when he fell out of a coconut tree.”

But he added with his amazing sanguinity, “On the other hand, that was also a time I can recall with some joy. It is because just two weeks after my father had died, I was still able to graduate from elementary school and was even awarded two medals.”

In the Philippines, where nearly one out of four children does not complete a primary education, it is a significant achievement for children like Gary to finish elementary school.

Gary also sidelines as a jungle guide, showing tourists the mountainous rain forest where he grew up.

I hired him for a day and experienced his seemingly endless energy firsthand. He showed no sign of fatigue after hiking for an hour to meet me, and over the next eight hours as we hiked up to the highest peak in the area, at nearly 4,000 feet, Gary swung his large “bolo” (Filipino machete) to clear the path.

When we came back, Gary didn’t look tired at all, quite the opposite of me. I gave him his well-earned money, knowing that it would take him another hour to reach his sister’s house lower in the valley.

I wished him all the best and we parted. I think he will have a great future because Gary always sees his cup half full, with the possibility of it being a little fuller every day.

The major factors contributing to poverty in the Philippines are high population growth, income inequality, lack of basic services in rural areas, and vulnerability of poor areas to natural disasters, according to a report by the Australian government in July 2010.