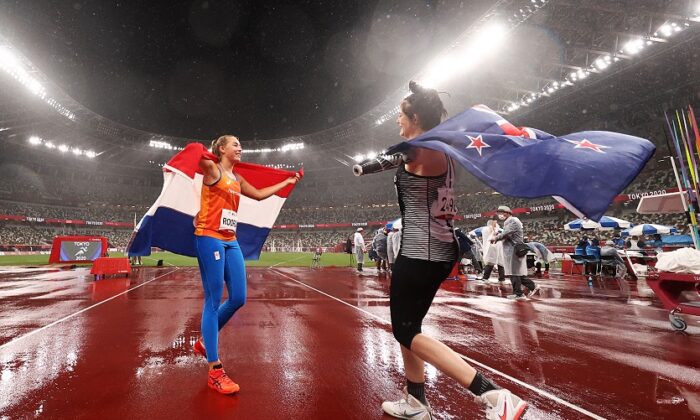 The Impossible Dual Focus of the Paralympics

The Olympic Games are bad enough: you can tell just how bad by the regimes that have considered them important.

The Nazis, the Soviets, the Romanians under Ceausescu, all thought that a high tally of medals justified their dictatorships, or at least redounded to their international credit.

The Chinese think so now, and even the more tinsel-brained of democratic politicians attach importance to such hollow and swiftly forgotten victories.

It is difficult to think of any tyranny or hardship suffered by a population for which winning medals in the Olympics could offer the slightest compensation. Who would say, “We are afraid to speak out, and if we do so we shall be arrested and tortured, but at least our hop-skip-and-jump champion performed the best”?

The Paralympics are just as bad, but in a different way. The very idea of universal competition between the handicapped is formidably complex because handicaps to which people are subject are so various. Here is a list of the handicaps that qualify a person to compete:

Classes for each sport, so we are told, are determined by the impairment and the degree to which it affects an athlete, with each class assigned a different letter and number. But how does one balance kyphoscoliosis against blindness, or one leggedness against a low IQ, let alone the multiple variations and combinations that are possible and indeed frequent?

Classifying people according to the severity of their handicaps so that they may compete against each other in public seems to me intrinsically distasteful.

Indeed, it is possible that in a century or two, our descendants will look back on the Paralympics much as we look back on the savagery of the Roman games, or on the salacity of Victorian fairground displays of the deformed, that is to say as a manifestation of a deficient and cruel sensibility.

But this is not my point. What seems to me most significant about the Paralympics is the enthusiasm which they are intended to arouse in the general population, which has been subjected to a considerable campaign of propaganda in their favour.

This propaganda is of comparatively recent origin and has an almost centralised feel about it, as if someone, somewhere, had decided that peoples’ souls required a changing because they were morally deficient.

The propaganda is insidious because it is clearly meant to imply that demurral will be taken as indifference or even hostility to the plight of the handicapped: either you accept the Paralympics in full or you think that no efforts should be made on behalf of the handicapped to make their lives as normal or rich as possible, and that you want to hide them away in institutions because their presence upsets you.

Thus, in a manner that is now commonplace, a false dichotomy is set up: either you accept a current, largely simulated enthusiasm for something, or you are cast in the role of mediaeval reactionary. This is the means by which many modern movements advance their agendas. If you find the sight of women boxing distasteful, for example, then you must be in favor of not permitting women to advance in their chosen professions, of confining them to children, kitchens and church (as the Germans used to say).

It is a technique used (it must be admitted, very effectively) by antiracists. If you do not subscribe to everything they say, you are the equivalent of an active member of the Ku Klux Klan, no intermediate position being allowed. The possibility of simply being non-racist is excluded.

You are either a believer or a heretic, the latter to be burned at the stake, as yet only metaphorically. For the moment, excommunication from circles of the righteous (academic, for example) suffices.

I compare the Paralympics with the paintings by Velasquez in the Prado, Madrid, of the dwarves at the court of Philip IV of Spain, as well of the mentally handicapped boy probably suffering from congenital hypothyroidism.

These paintings are a true moral education. No one who contemplates them closely will ever again fail to remember that such people are full members of the human race which—to our shame—it is so easy for the rest of us to forget.

The paintings, then, are a reminder of the ethical unity of mankind (all men having been created equal in the sense of equal right to be treated as ends and not as means). The Paralympics are the very opposite of this: they never let us forget the difference between the participants and us.

It is an excellent thing if handicapped people have the opportunity to participate in sport, but not as a means of providing a voyeuristic spectacle for everyone else. Sport should be for their own amusement and, if I may so put it, for the good of their souls.

As for the extensive media coverage of the Paralympics, however, there is a bullying element to it in that something psychologically impossible is demanded of the viewer or reader.

He is simultaneously supposed both to regard these games as games like any other, not noticing their highly abnormal nature, and never to remark, for example, on the extraordinary speed of people running on one leg (albeit with the aid of modern technology), while at the same time admiring or concurring with the games’ aspect of benevolent social engineering in the name of social inclusion.

It is impossible to keep these two things in mind at once; the demand that the viewer or reader should both notice and not notice is as impossible as to see in one of those drawings so beloved of psychologists of both the vase and the two old crones: only one picture can be seen at a time.

For myself, I suspect that my thoughts and feelings are being manipulated by the Paralympics and that some person or group of persons has decided to make us better people than we are. They are what Stalin called writers: engineers of people’s souls.