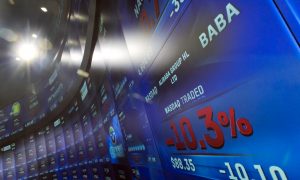 Alibaba & Co Are Tech Giants Thanks to Firewall, CCP Says
0 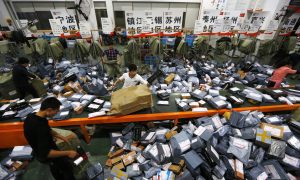 How Many of Alibaba's 'Singles Day' Sales Were Fakes?
0 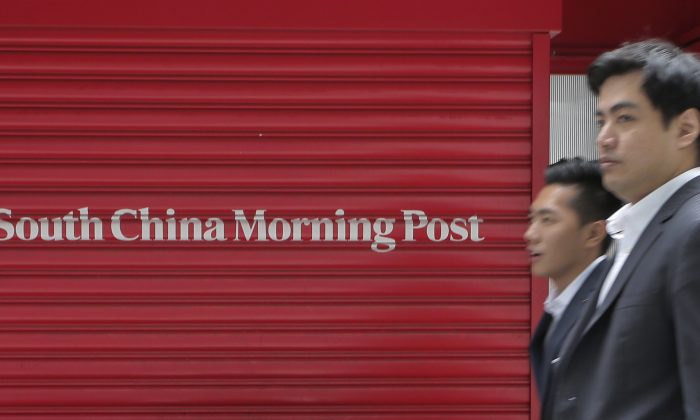 Jack Ma, China’s second richest man according to the Forbes list of billionaires, is an e-commerce magnate, the owner of several entertainment companies, and now an English media mogul.

Before the official announcement, rumors of the takeover of the 112-year-old English-language Hong Kong daily—a paper with a history and a pedigree of award-winning coverage on China and the region—had been hotly debated in Hong Kong.

The purchase is being greeted with skepticism because of the assumed close ties between Alibaba and Chinese officialdom. In China, it is difficult, if not impossible, to become a billionaire without the tacit blessing of Communist Party officials.

The takeover of SCMP also comes amid a backdrop of China’s perceived encroachment into Hong Kong’s media environment. Last year, major banks based in Hong Kong pulled their advertisements from Apple Daily, a popular Chinese-language tabloid that is often critical of Beijing; in February 2014, Kevin Lau, a liberal-leaning, former editor of the Chinese-language newspaper Ming Pao, was attacked by unidentified men wielding cleavers; and, according to veteran China watcher Willy Lam, several mainland tycoons with Party ties have founded new media companies in Hong Kong.

In a relatively frank expression of how things will be different under new management, Alibaba Executive Vice Chairman James Tsai, talked about the editorial stance of the new owners in a question and answer on the newspaper’s website.

“Today when I see mainstream Western news organizations cover China, they cover it through a very particular lens. It is through the lens that China is a communist state and everything kind of follows from that,” he said.

“A lot of journalists working with these Western media organizations may not agree with the system of governance in China and that taints their view of coverage,” he added.

The present situation is such that they were already censoring the news to a certain extent.
— A Western journalist, Formerly with the South China Morning Post

But the Alibaba management will “see things differently.”

Precisely what this difference is, or what it translates to editorially, is not yet clear. It has been a widely held view among China watchers that the newspaper has turned “red” for years, punctuated by moments like the appointment in 2012 of Wang Xiangwei from the mainland as editor-in-chief. Wang worked for three years at China Daily, the Chinese regime’s English-language mouthpiece.

Over the last few years, SCMP journalists who held critical views of the Chinese Communist Party (CCP) were let go or quit; columnists perceived to skate too close to the line have had their prominence severely diminished; and the overall tone of coverage on China became much more docile.

The sale to Alibaba appears to complete and formalize that transition.

According to The New York Times, Eric X. Li, well-known as a full-throated defender of CCP rule, was “behind the scenes” in the deal, and helped to advise Alibaba in its acquisition.

“Media coverage of China in the West has been too ideological and biased,” he said in the interview. Under Alibaba, the SCMP would “offer global readers a more pluralistic and realistic view of China.”

How Many of Alibaba’s ‘Singles Day’ Sales Were Fakes?

Whether this is simply code for the Communist Party line packaged and made palatable to a sophisticated Western readership is unclear—but that appears to be the assumption among those paying attention.

As of midnight in Hong Kong on Dec. 11, the day of the announcement, there was not a single positive response among the 40 comments on the SCMP’s Facebook post announcing the news.

“How can you pledge to maintain editorial independence knowing that China’s state is behind of Alibaba buying?!” Maria L. Yau wrote.

“In your lens air pollution is norm, justice is evil, truth is bad, corruption is culture, poisonous food is business, fighting is solution,” Ling Lui wrote.

“I don’t think this is going to be good for the newspaper,” said a Western journalist who worked for the SCMP for many years. “I don’t see Jack Ma’s company willing to make the paper objective.”

The individual, who cannot speak on the record because of current employment, continued: “James Tsai brings up the idea of Western media bias. That’s a bad sign right off the bat. I don’t think journalists report on China differently to how they report on Western countries. There were a string of Mainland and Hong Kong reporters who quit SCMP in frustration. It’s really not a problem of Western media bias.”

First printed in colonial Hong Kong on Nov. 6, 1903, the SCMP has for several decades been considered the English-language paper of record in the southern Chinese city and a premier publication in the region. In 1987, Australian business mogul Rupert Murdoch’s News Corporation took the company private.

In recent years, under the ownership of Malaysian sugar tycoon Robert Kuok, who has extensive business interests in China, the paper’s reputation has diminished and been seen to hew too close to Beijing.

The paper’s ability to produce quality and objective reporting may also have been compromised by an exodus of editorial staff. The Hong Kong Free Press, citing sources at the paper, said that at least 40 staff members have left over the past seven months.

“The present situation is such that they were already censoring the news to a certain extent,” the Western journalist said.

“I think if Jack Ma comes in, there isn’t any reason that he wouldn’t tighten the screws a bit more.”

Correction: Due to an editing error, the number of years Wang Xiangwei, former SCMP editor, worked at China Daily was mistaken. He was only there for 3 years.