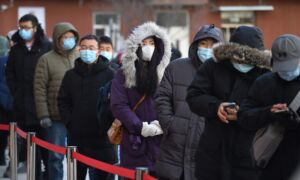 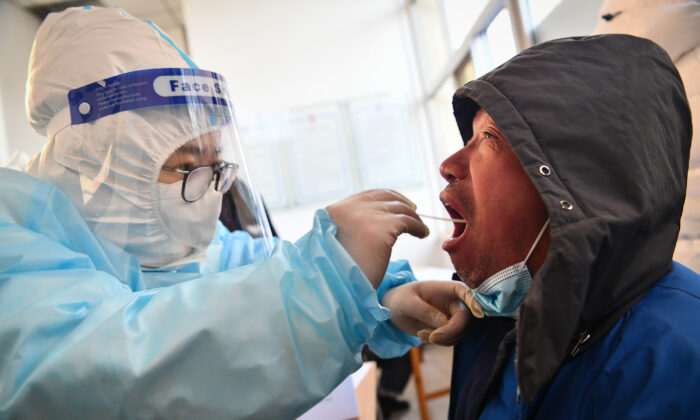 The Impact of the 2020 Plague on the Chinese Communist Regime

Although it is still difficult to fully assess the impact of the CCP Virus that broke out in late 2019 and continues until this day, its many effects on the Chinese Communist (CCP) regime are clearly visible.

Four Characteristics of the 2020 Pandemic

First, the severity of the pandemic was the worst since the CCP took over China. It was many times worse than the SARS pandemic in 2003. The virus also forced the CCP to fully lock down Wuhan, a megacity of millions of people, from January 23 to April 7—a total of 76 days.

Second, the pandemic has continued on. Although the CCP claimed success in fighting the pandemic, the virus is making a comeback in several areas of China. For example, on Dec. 30, 2020, Shenyang city in Liaoning Province entered a “wartime” mode. Also, on December 26, Beijing’s Shunyi district declared for the third time that it had entered “wartime mode” and launched an emergency plan for pandemic prevention and control. The Beijing Center for Disease Control and Prevention declared that “the big battle is coming.”

Third, there are issues with the development of vaccines. Chinese health experts admitted that some people will develop ADE (antibody-dependent enhancement), whereby the body’s immune response enhances entry of the virus.

Fourth, a resurgence of the pandemic can occur at any time. The SARS pandemic of 2002 to 2003 started and ended abruptly. Now, 17 years later, the CCP has not only failed to learn its lesson, but intensified its coverup of the outbreak. We cannot expect to be as lucky as we were in 2003.

Judging from the above four characteristics of this great plague, it is clear that the pandemic is a lethal shot for the CCP regime.

After the virus broke out of Wuhan city, the regime immediately blocked information about what was happening, fabricated lies, and punished “whistleblowers” who tried to warn people about the virus. The golden period of being able to control the virus was squandered, causing COVID-19 to not only spread across China, but also rage throughout the world. The CCP clearly exposed its evil nature to China’s citizens and the whole world. Governments are now calling for the CCP to be held accountable for its mishandling of the pandemic.

Meanwhile, the inhumane treatment that citizens under lockdown suffer has exposed the CCP’s rogue nature. Ordinary Chinese people are further tormented with forced isolation, lack of medical treatment, lack of food and aid, and intrusive health codes to monitor people’s movements. These have awakened people to realize the extent of the CCP’s repressive and incompetent governance.

Retired Chinese soccer player Hao Haidong caused an uproar in June 2020 after he called for the ouster of China’s ruling Communist Party.

The virus has hit China’s economy hard. Over the years, the Chinese economy has seen a downward trend and the pandemic has accelerated the downturn. The virus caused a major shutdown in China and around the world; China’s economic recovery was weak; technological bottlenecks became ever more serious; the global supply chain was reorganized as companies turned away from China; the manufacturing sector was too weak to be upgraded; unemployment skyrocketed; consumption went down and domestic demand was insufficient; and the disparity between the rich and poor widened. In the face of domestic and international economic changes, although the CCP has proposed the “internal circulation” theory as the means to resolve economic problems, it will certainly be difficult to remedy the crisis.

Finally, the most serious aftereffect of the pandemic is that it prompted intense fighting within the Party. Differences in political opinions have been made public. Many Party members are dissatisfied with the way Xi has handled domestic and international crises.

Various factions are fighting over whether Xi should continue to rule after the typical two terms, who would be Xi’s successor, and the personnel arrangements of the 20th national party congress in 2022. Xi has strengthened his control over current senior officials and retired cadres, which has aroused a backlash and a gathering of anti-Xi forces. The CCP system has long been decaying, and Xi has issued Party regulations to “remove corruption and build muscle,” which has antagonized many officials.

The CCP has used this opportunity to spread propaganda that its authoritarian system is superior and more effective at containing COVID-19.

China’s National Bureau of Statistics released data on Oct. 19 last year, stating that China’s economic growth in the first three quarters shifted from negative to positive, with a year-on-year growth of 0.7 percent. The International Monetary Fund (IMF), the Organisation for Economic Co-operation and Development (OECD), and many other international institutions stated that China will be one of a few major economies that will achieve positive growth in 2020.

At the end of 2020, a British think tank report stated that the pandemic will advance China to the world’s largest economy by 2028, five years earlier than previously forecast. Because the CCP’s statistical data is often fabricated, analysis conducted by international institutions and think tanks based on CCP official data are often inaccurate. However, the CCP has gained an advantage in public opinion.

China is the world’s largest manufacturer and has a dominant position in producing personal protective equipment, medical equipment, and pharmaceutical raw materials. Instead of being a better contributor to the world, the CCP has manipulated the situation to engage in “mask diplomacy” and “pandemic diplomacy” for its hegemony.

The great plague is ongoing. The CCP is currently struggling to contain outbreaks across the country.

In fact, although Europe and the United States have been ravaged by the disease, their transparency, appropriate adjustment of response measures, and a deeper understanding of the nature of the CCP means their situation is likely to gradually stabilize and improve after the pandemic reaches its peak.

The CCP has censored information and fabricated data, making it difficult to see the true face of the pandemic in China today. Naturally, it is impossible to talk about an effective response. The most brutal lockdown measures used by the CCP can only suppress but not totally eliminate the pandemic. For example, Beijing is the heart of the Chinese Communist regime and the city’s disease prevention and control measures are the most stringent. Yet, Shunyi district announced that it has entered “wartime mode” for the third time, indicating that the hidden danger of Beijing’s outbreak is very high.

When the epidemic worsens for a second time in China, its destructiveness could exceed what is currently happening in Europe and America. The destruction can also accelerate the collapse of the CCP. But imagine the massive number of deaths that will occur?

This Epoch Times editorial calls for us to reject the CCP. Perhaps that is the way to survive this plague.