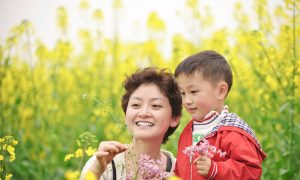 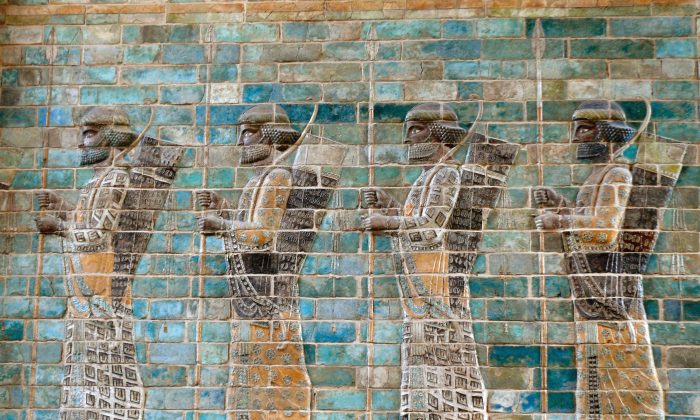 Four warriors of “The Immortals,” from the famous glazed brick friezes found in the Apadana (Darius the Great's palace) in Susa, now located at the Louvre museum in France. (Dynamosquito via Wikimedia Commons)
archaeology

The Immortals: An Elite Army of the Persian Empire That Never Grew Weak

The first Persian Empire (550 B.C.–330 B.C.), called the Achaemenid Empire, is known for having an elite force of soldiers. Named the “Immortals” by Herodotus, this army consisted of a heavy infantry of 10,000 men, that never reduced in number or strength. The Immortals played an important role in Persian history, acting as both the Imperial Guard and the standing army during the expansion of the Persian Empire and the Greco-Persian Wars.

The Immortals were called such because of the way in which the army was formed. When a member of the 10,000-strong force was killed or wounded, he was immediately replaced by someone else. This allowed for the infantry to remain cohesive and consistent in numbers, no matter what happened. Thus, from an outsider’s perspective, it would appear that each member of the infantry was “immortal,” and a member’s replacement may have represented a resurrection of sorts.

They were sophisticated, well-equipped, their armor glittering with gold. As described by Herodotus, their armament included wicker shields, short spears, swords or large daggers, bow and arrow. They wore a special headdress, believed to have been a Persian tiara. It is often described as a cloth or felt hat that could be pulled over the face to protect from dirt and dust. It is said that, compared to the Greeks, the Immortals were “hardly armored.” Yet what they lacked in armor, they made up in psychological impact, as the sight of the well-formed and highly trained army was enough to strike fear into their enemies.

As they traveled, they were accompanied by carriages carrying their women and servants, as well as food and supplies. Being a part of this unit was very exclusive. Men had to apply to be a part of it, and being chosen was a great honor.

The Immortals played an important role in several conquests. First, they were elemental when Cyrus the Great conquered Babylon in 539 B.C. They played a role in Cambyses II’s conquest of Egypt in 525 B.C., and Darius I’s invasion of western Punjab, Sindh, and Scythia in 520 B.C. and 513 B.C. The Immortals also participated in the Battle of Thermopylae 480 B.C. During the Battle of Thermopylae, the Greeks had prevented a Persian invasion by blocking a narrow road. The Immortals took a different route, and attacked the Greeks from the rear. They were very strong, and feared by many for their strength, replenishing numbers, strategy, and technique.

Unfortunately, historical knowledge of the Immortals is somewhat limited beyond the writings of Herodotus, and it is difficult to confirm the details. Historians of Alexander the Great write of an elite group known as the Apple Bearers. They were called such due to apple-shaped counterweights on their spears. Some scholars believe they are the same as the Immortals.

While there is little verification of the details of the Immortals, they remain a symbol of military strength from ancient times. They are often depicted in popular culture, including the 1963 film “The 300 Spartans,” the 1998 comic book “300,” and the film adapted from it, and a History Channel documentary titled “Last Stand of the 300.” Through these and other references, the legacy of the Immortals is likely to live on for many years.