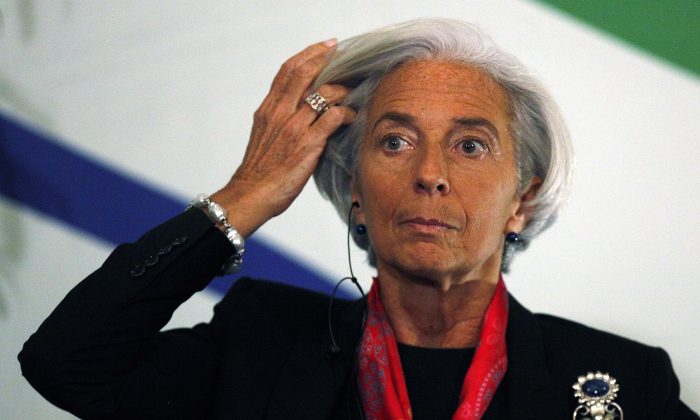 It seems China cannot catch a break. After the stock market crash and currency “liberalization,” it is the International Monetary Fund that is slowing down China’s momentum.

The fund is still slanted to approve China’s application to the international reserve currency SDR, or Special Drawing Rights, in November; however, it now has said the basket will effectively be changed nine months later than anticipated—in September of 2016.

This means the fund will most likely still approve China’s yuan to become the fifth currency in the basket for the SDR—along with the U.S. dollar, euro, pound sterling, and Japanese yen—however, the actual inclusion will take place later in 2016, rather than in January as originally anticipated.

“The nine-month extension is intended to facilitate the continued smooth functioning of SDR-related operations and responds to feedback from SDR users on the desirability of avoiding changes in the basket at the end of the calendar year,” the IMF stated on Aug. 19.

The timing of the decision and announcement is rather odd. The fund made the decision on Aug. 11, the day China let its currency drop by 2 percent. However, the fund later said the step was viewed as positive as China has to make its currency more “freely usable,” one of the core criteria for joining the SDR.

Currently China’s currency is not freely usable, as the only way to get money in and out of the country is via trade and limited foreign direct investment.

So if China actually took a step in the right direction according to the IMF, why extend the process by nine months and announce the whole change more than a week after the decision?

It seems that the IMF is playing for time. Where it seemed China had the upper hand in negotiations earlier this year after successfully launching the Asian Infrastructure and Investment Bank and announcing several geopolitical and economic cooperation projects, the tide has recently changed.

The crash in its stock market and the completely rash devaluation of the currency signal some serious issues within its financial system—that is leaving aside a drastic economic slowdown.

So for the IMF, the move makes complete sense. See whether things stabilize until November, probably decide to include China in the SDR, and then still have a couple of months to monitor the situation and revert the inclusion due to possible extenuating circumstances: It’s a win-win, at least for the IMF.