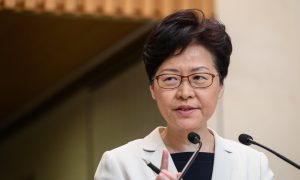 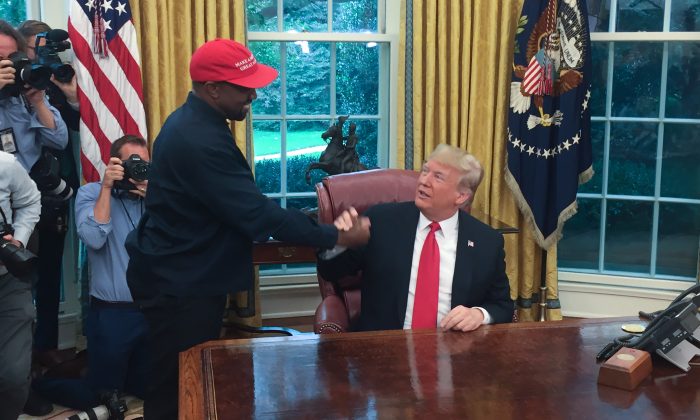 The Hypocritical Accusations That Donald Trump Is Racist

Democrats and the anti-Trump media are desperately trying to label President Donald Trump a racist through a relentless propaganda campaign that’s built on twisting the president’s words and by making false race-based conclusions about his comments and policies.

The credibility of this smear campaign is undermined by the timing of the racism claims and by analyzing the way the president’s political and media opponents selectively interpret policies such as immigration and manipulate his words to fit their agenda.

Before he was elected president, Trump was a larger-than-life hero among the black liberal establishment, black Democrat politicians, black activists, and black entertainers. It was only when Trump decided to run for president and after the 2016 election’s surprising result did he become a racist in the eyes of this group.

During that time period, Jackson also called Trump a “friend.”

A closer look at their relationship exposes Jackson fondly praising Trump at a coalition event, saying, “We need your building skills, your gusto, your [unintelligible] for people on Wall Street to represent diversity, and we thank you for coming tonight.”

Under the Race-Card Bus

So let me get this straight. Back in the day, Trump was a prominent role model in the black community and shared the stage with Jackson. Today, Jackson says Trump is, wait for it, a racist.

The statement’s title, “Race-Baiting Tactics of Distractor in Chief Must Be Resisted and Rejected,” says it all, but why stop there?

Jackson’s statement begins with, “Do not be afraid of that man behind the curtain in the White House.”

Jackson continued with insults, saying, “It’s only Donald Trump, the Distractor in Chief, pushing the ‘send’ button on his computer, spreading division and pain across the country.”

Finally, Jackson drops the hammer on Trump, saying, “His tweet attacking the four United States congresswomen of color was racist. It was not reckless. He knew exactly what he was doing.”

That’s just a flavor of Jackson throwing Trump under the race-card bus.

Before he was elected president, Trump was photographed numerous times with the very people who today are highly critical of him, including Jackson.

While entertainer Snoop Dogg was photographed shaking hands with Trump years ago, in a 2017 music video, Snoop Dogg shoots a fake gun at a character in clown face resembling the president.

Commenting about the video, Snoop Dogg said, “Nobody’s dealing with the real issue with this [expletive] clown as president.”

It’s not only OK for liberals to call Trump a racist without proof, but it’s also just fine to simulate shooting and killing the president of the United States.

The anti-Trump media is also doing a bang-up job declaring that the president is a racist, which is prominently displayed in major headlines and in lower-third graphics on television news programs.

To make the president look bad, Democrats and the anti-Trump media are rewriting the definition of the word racist. Instead of showing actual actions that show a person thinks another race is genetically deficient and inferior, now simply criticizing a person who is black or brown means Trump is racist.

For example, the president was called a racist for using harsh words to describe the deplorable conditions in Baltimore, but that accusation is clearly wrong, given that Rep. Elijah Cummings (D-Md.) called the city he represents “drug-infested” in 1999.

Democrats can’t defend their Trump is racist script, considering Cummings’ comments and those by former Baltimore Mayor Catherine Pugh, who resigned in May over a scandal involving children’s books, toured the streets of Baltimore in September 2018 and is on video, saying, “Whoa, you can smell the rats,” and, “What the hell? We should just take all this [expletive] down.”

When it comes to immigration policy, racism is in the eyes of the beholder.

Democrats and their media allies call Trump a racist because his immigration policy includes the construction of a wall on the southern border, deporting illegal aliens, holding children in “cages,” and wanting to stop the flow of illegal immigrants into the United States.

Yet former President Barack Obama wasn’t considered a racist when he aggressively deported illegal aliens in huge numbers, built the cages to contain migrant children, and urged parents in Central America not to send unaccompanied children to the United States. Also, Obama, while serving in the Senate, voted to fund a border fence.

Finally, there is the twisting of the president’s comments over the violence that took place in Charlottesville, Virginia, in 2017. The president’s opponents blasted him by insisting he called neo-Nazis that attended the rally “very fine people.”

This characterization is emotionally effective by making the president look like a friend to white supremacists.

But it’s wrong on so many levels.

The president referred to the neo-Nazis as “some very bad people,” and added, “But you also had people there were very fine people on both sides.” The president was clearly talking about people who supported the removal of the Robert E. Lee statue and those who wanted to keep it—a point he made during a press conference.

However, the context of Trump’s comments is ignored by Democrats.

Importantly, there were people that attended the rally to defend the historic statues, as the president stated, who weren’t neo-Nazis. WCHV-Charlottesville radio host Joe Thomas was at the rally and confirmed there were indeed people at the rally who attended to oppose the removal of the statue.

Thomas recounted his experience via an email.

“I was at the corner of Market and 4th outside the park broadcasting the events on 08/12/17 when on six separate occasions listeners came up to me panic-stricken asking; ‘What the **ll is going on?’ They had been told that it was a free-speech rally in defense of the Civil War Monuments. However, when the speakers started, there was nothing about free speech or the monuments.”

The words and actions of Democrats and the anti-Trump media expose their sheer hostility against the president.

Just taking a moment to go back in time to analyze Democrats interacting with Donald Trump, the civilian businessman, versus President Trump today, highlights how much the selective outrage from the left is not only glaring but blatantly hypocritical.

Democrats will do and say anything to tarnish the president. Calling him a racist is a quick and easy way to stir up emotions and racial tension among core Democrat supporters, which shuts down debate and is a Hail Mary attempt to motivate voters for the 2020 presidential election.

Deneen Borelli is the author of “Blacklash,” a Fox News contributor and co-chair with the Women for Trump Coalition.