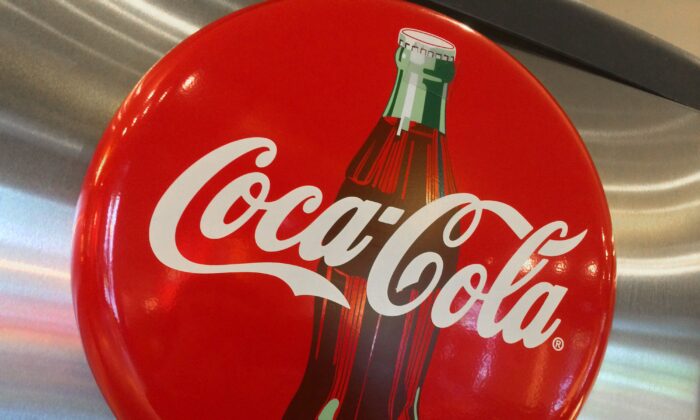 A Coca-Cola logo is seen in a file photo. (Karen Bleier/AFP via Getty Images)
Viewpoints

The Hypocrisy of The Coca-Cola Co.

In March of last year, days after Georgia Gov. Brian Kemp signed new voting reform legislation, Atlanta-based Coca-Cola CEO James Quincey said, “This legislation is unacceptable. It is a step backwards … and needs to be remedied, and we will continue to advocate for it both in private and now even more in public.”

The massive soft drink company wasn’t alone; the legislation brought a wave of corporate backlash aimed at Kemp, Georgia Republicans, and Republicans in general. Within days, Major League Baseball had pulled the All-Star Game out of the state. Delta Air Lines, Home Depot, Porsche Cars, and the Atlanta Falcons—all Georgia-based companies—also slammed the law based on false Democratic Party talking points about what it said and did.

And, of course, Coca-Cola also tweeted its displeasure with the law.

One year later, Coca-Cola is eerily silent on Russia’s invasion of Ukraine. Russia is one of the company’s most profitable markets, as the soda giant operates out of the country as Swiss-based bottler Coca-Cola HBC. It announced last Tuesday that it had contingency plans to cope with the crisis, which included stockpiling ingredients to limit any disruption in their massive Russian market.

Coca-Cola HBC gets approximately 21 percent of its volume from Russia and Ukraine, where it also has operations. The workers in Ukraine were sent home last week.

Unlike other U.S. companies, such as Harley-Davidson, Inc., energy giants BP and Shell, global bank HSBC, Disney and AerCap that all joined a mounting list of companies exiting Russia—an exodus with real consequences for the Russian people and their economy that helps put the squeeze on Putin’s relationship with his people—Coke has done nothing at the time of this publication.

Their website has nothing, either. The statement at the top of the page is on climate change.

However, there are plenty of syrupy tweets about their new limited-release soda Starlight on both of their Twitter accounts.

In short, Coca-Cola has no problem taking a whack at the Republican governor for enacting a law they clearly had not read. Still, they cannot take a stand against Russia, whose leader is massacring people in Ukraine.

Why? Well, first, because Coke is beholden to coddling the activist portion of their shareholders. They are leftists with zero love for anyone conservative.

Second, Coke made the calculation last year that consequences would be minimal in Georgia. It’s not like the state government was going to block sales. But even if there were a conservative boycott, they could more than make up for it in global markets in places such as Russia.

In short, Coke won’t take a stand on Ukraine, nor has it ceased operations in Russia, because that would affect the bottom line. That would involve doing something brave, not just something easy like jumping on the woke bandwagon.

Right now, public opinion in Russia is at a tipping point. An outspoken Coca-Cola, a company with a popular product, could actually have an effect. But Coke won’t do it.

They thought wokeness would be good for business. Taking a principled stand rarely is, at least in the short term.