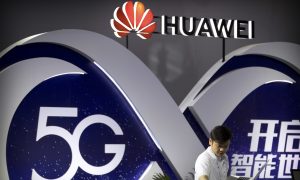 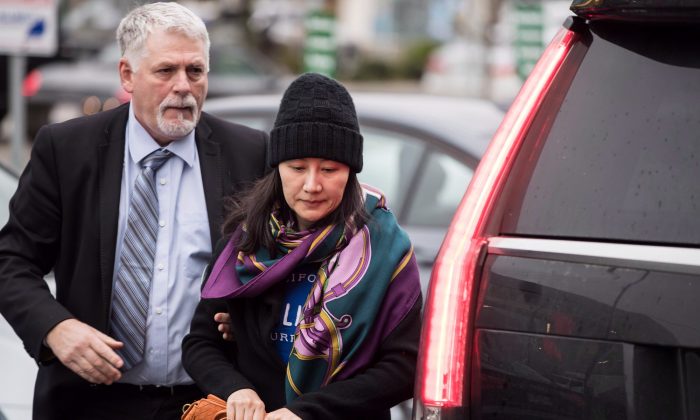 Huawei chief financial officer Meng Wanzhou arrives at a parole office with a member of her private security detail in Vancouver, on Dec. 12, 2018. (The Canadian Press/Darryl Dyck)
Thinking About China 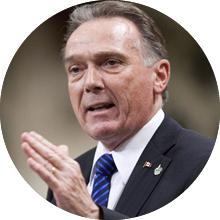 For citizens of Canada–or for that matter, citizens of any democratic country–the Huawei controversies (for there are several separate, though linked issues) might be better understood by remembering the parable of the scorpion and the frog.

For those who have forgotten the story, it involves a scorpion asking a frog to carry it across the river on its back.   The frog is reluctant, fearing it will be stung. The scorpion dismisses the concern, saying that if it did sting the frog they would both drown.

In the end, the frog relents, but halfway across the river, the scorpion does sting the frog. As they both begin to drown, the frog asks, “Why?” The Scorpion replies, “Because it’s in my nature.”

For the past three years, the prime minister has directed an erratic, misguided rush to achieve a free trade agreement with China. His government has looked the other way on human rights and security concerns and ignored humiliating diplomatic slights.

Despite a rise in the gross violation of human rights of China’s own citizens, the extra-judicial detention and torture of Canadian citizens of Chinese birth, and similar treatment of Kevin and Julia Garratt, a Canadian missionary family, the Trudeau government has offered only muted concern to the Chinese government. In the case of the Garratt’s, there was not a peep of protest even after their release.

In Ottawa in 2016, Canada’s foreign minister stood by silently when his visiting Chinese counterpart lambasted a Canadian journalist for asking a question about human rights.

Also in 2106, the government built a large “privacy wall” outside a secure hotel in Ottawa  to shield Chinese Premier Li Keqiang from Falun Dafa practitioners demonstrating across the street and pulled the plug on power for the microphones they were using to “greet” the premier on Parliament Hill.

China’s state-controlled media ridiculed the Trudeau government’s attempt to include “progressive” chapters on labour, the environment, and gender in a free trade deal. In December 2017, the prime minister returned from China without any progress on an agreement.

And for the past year, the government has looked the other way as Canada’s Five Eyes allies banned the installation of Huawei technology in their fledgling 5G communications networks and urged Canada to follow suit.  In the meantime, Huawei has further entrenched its grossly underpriced technology with Canadian telecom companies and deepened its research investments in 10 Canadian universities.

Little wonder, then, that Chinese authorities assumed they could simply demand the release of Huawei CFO Meng Wanzhou when she was legally detained at Vancouver International Airport. Little wonder as well, that when Canada refused and followed the rule of law in respecting the American extradition request, China responded as they have in the past and improperly detained Canadians on implausible national security suspicions, effectively holding them hostage.

So how can Canada extract itself from this mess created by Trudeau’s gullible approach to China? The prime minister might start by recognizing the realities of China’s imperialistic communist regime.

Although Chinese leader Xi Jinping denied this week that China seeks world domination, his statement is at odds with Beijing’s predatory economic diplomacy, militarization of the South China Sea, disregard for fair trade, and ever-expanding commercial and defence-related cyber-espionage activity.

It is time for Prime Minister Trudeau to heed the lesson of the frog and scorpion parable and recognize the “nature” of the scorpion that he has so naively welcomed onto his back.

Peter Kent is a Canadian member of Parliament and the official opposition shadow minister of ethics. He previously served as the minister of environment and was the former international executive vice-chair of China Council for International Cooperation on Environment and Development. Prior to entering politics, he was an accomplished broadcast journalist, anchor, and producer at major TV networks including NBC, CBC, CTV, and Global News.