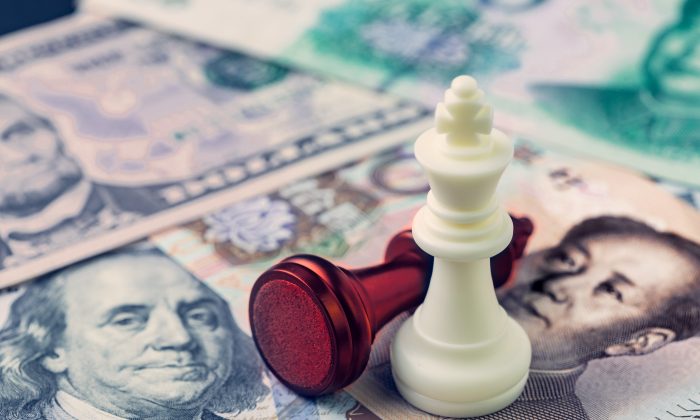 Globalization is a controversial issue, yes it's not the first time in history people had to deal with it. (EamesBot/Shutterstock)
Viewpoints

The History of Globalization

“Globalization” is a popular term for what is happening to the economy, and it is often treated as if it were something utterly new. But only when considering trends over the past century can we describe globalization as relatively new, deepening in its importance since 1945.

What we are experiencing now is not the first wave of globalization. The period from World War I through the Great Depression and World War II actually was just a break between the great century of globalization from 1815 to 1914 and the period after 1945. Many economists label this earlier period as the “first globalization.”

However, I prefer to call the period of European expansion during the three centuries prior to that (what is often called the Age of Exploration) the first globalization. The reason other economists do not consider this wave of globalization on par with the other two is because it is a period dominated not by liberal free trade, but by massive corporate monopolies, like the British and Dutch East India companies, and extensive government regulation of trade through tariffs, prohibitions, and restrictive laws like the Navigation Acts.

It is useful to distinguish these three in order to consider similarities and differences. There are many to consider, but for now, I will focus only on the roots of deflationary pressures during our current phase of contemporary globalization. Central banks have never managed to achieve their inflationary policy objectives and economists are confused about why prices aren’t rising much more. And yet price levels are so important for determining fiscal and monetary policy as well as the winners and losers of these policies.

The first globalization led to a ballooning of debt as the various European powers borrowed more and more to fight for shares of world commerce. The original front-runners, Spain and Portugal, were soon eclipsed by the Netherlands, a spectacular financial innovator. The Netherlands is the first place in the world to produce enormous joint-stock companies, develop deep financial markets, and deploy massive privately owned global fleets. Financial capital became so abundant that commercial interest rates fell below 2 percent, far below any previous level in world history.

However, cheap credit was used by other states to raise increasingly larger armies and navies, and little Netherlands fell behind France and Britain in this race. Britain won against Napoleon by 1815 largely because its much superior financial system enabled it to borrow at 3 percent while the French borrowed at 5 or 6 percent. The enormous burden of French debt had, in turn, led directly to the French Revolution.

Whereas the first globalization was characterized by a huge accumulation of debt and eventually inflation, the second globalization was the opposite. During the 19th century, cost of trade fell precipitously both because of technological development, such as the railroad and the steamship, but also because of the near elimination of piracy, a stable international monetary system, and freer trade not limited by government or private monopolies. The century after 1815 had only a few major wars, so government debt levels fell, especially in Britain and in the United States, before its Civil War.

Whereas the first globalization included a debt bubble and consequent price inflation, during the second globalization, debt expanded less and prices fell, especially after the Civil War. By 1900, most prices were below and some much below 1800. The longest deflation in world history would follow from the 1860s through the 1890s.

Deflation is a serious problem for debtors, as I have said before in this column. It means debts, mostly fixed in money terms, do not go down, but the prices of most other things do. Therefore, the incomes of debtors fall but their debt does not, a recipe for bankruptcy and default. In fact, there were thousands of bankruptcies worldwide, especially during the last third of the 19th century, including nearly all the American railroad companies. Creditors (i.e. the big banks) then took over the bankrupt companies and typically reorganized them into massive corporations and conglomerates, many of which survive today.

Thus, during the 19th century, government debt levels were not particularly high, but many of the largest new private corporations, like railroad, steel, shipping, and canal companies, did go bankrupt as prices fell and debts did not. Unfortunately, the “solution” for steel and other heavy industries was a massive worldwide naval arms race that started during the 1890s.

Today, we are in the midst of the third globalization, which shares characteristics with the other two. Like the first globalization, this one includes a massive debt bubble, both public and private. This debt bubble has fueled high demand and high growth, leading to the unprecedented worldwide prosperity of the postwar era. This debt expansion alone tends to be inflationary. Indeed, inflation seemed the paramount economic challenge up into the 1980s. Many politicians and some central bankers still obsess about it. Old habits die hard.

The reason inflation is now under control is not because of brilliant economic management under the guidance of the superior minds of economists. Far from it. It is because this era also shares characteristics with the second globalization, including massive deflationary pressures, that tend to counteract the inflationary pressures of the accelerating debt bubble.

Ben Bernanke, former Fed chair, often spoke of this era as the “Great Moderation,” since inflation seemed under control even while growth continued to boom. It seemed economic science was really working very well. Then 2008 surprised most economists who pay little attention to issues of debt, especially private debt. Thus, the current era is not necessarily one of moderation, but rather a delicate balance between two extremes. The massive surge in debt has created inflationary pressures, but sometimes these manifest more in asset markets, like stocks or real estate, rather than in the prices of ordinary goods.

The reason goods prices do not tend to inflate is that strong deflationary pressures are pushing prices down. These deflationary pressures have similar roots to those of the 19th century. On the one hand, they are technological. Computer memory, in accord with Moore’s Law, has become vastly cheaper in recent decades, leading to an explosive growth in nearly free worldwide communication and facilitating information processing and remote management. Transportation costs have similarly fallen significantly.

Freeing the world of hard trade restrictions, including the demise of the Soviet bloc and the opening of China to world trade, have greatly lowered the real cost of goods as more and more products are produced in the cheapest place possible and traded around the globe. Free trade itself tends to cause deflation. Interestingly, today in the United States, the foremost sources of inflation are in medical care, education, and real estate, none of which are much affected by the deflationary trade pressures since these things are not tradable. It is also interesting to note that the government is heavily involved in the first two, while real estate is boosted by Federal Reserve money printing.

The future of the world economy depends on which tendency predominates: credit-fueled inflation or technology- and trade-induced deflation. During the 1930s, countries closed themselves more and more to trade in order to reverse the deflation brought on by the Great Depression. On the other hand, if trade stays free and the debt bubble collapses, deflationary pressures will push the world into a debt-deflationary depression. For these reasons, we live in an age not of Great Moderation, but of countervailing extremes.

James H. Nolt is a senior fellow at the World Policy Institute and author of “International Political Economy.”